Does he have what it takes? 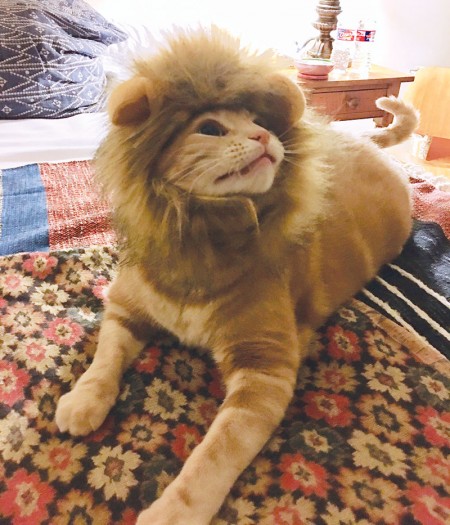 HEAR ME ROAR Confident in his king-of-the-jungle roots, Bart lounges in his lion mane, a gift from a family friend.

When your cat has watched every bird and squirrel offering on YouTube, then resorts to Hot Moves Hustle disco videos, it’s time he gets a life.

So I put in a call to Pet Partners, the nation’s largest registry of therapy animals, to see if my 22-pound ginger tabby’s voluminous skills acquired over eight years of feline life translate to volunteer work. Does my ball of fluff have the right stuff?

Bart sleeps as I make the call, on his back, a scruffy moat between me and my laptop. As always, he has mathematically calculated the position that will most interfere with my work.

“A cat has got to like interacting with people,” says the voice on the phone, that of Elisabeth Van Every, Pet Partner’s marketing and strategic partnerships coordinator. She’s rattling off a therapy cat checklist. “They should love attention from people.”

No problem there. Bart, a dog in a cat suit, is always the first to greet visitors and pads around with every service person who comes to the house, AC guy, painter, electrician.

“They must be able to walk on a leash,” Every continues.

BADONKADONK BART The therapy cat wanta-be does a waddle warm-down in his backyard after checking out the neighborhood.

Space cat treats aside, Bart loves his food. “But what we are looking for is a cat capable of leaving his treats or food on command,” says Every. 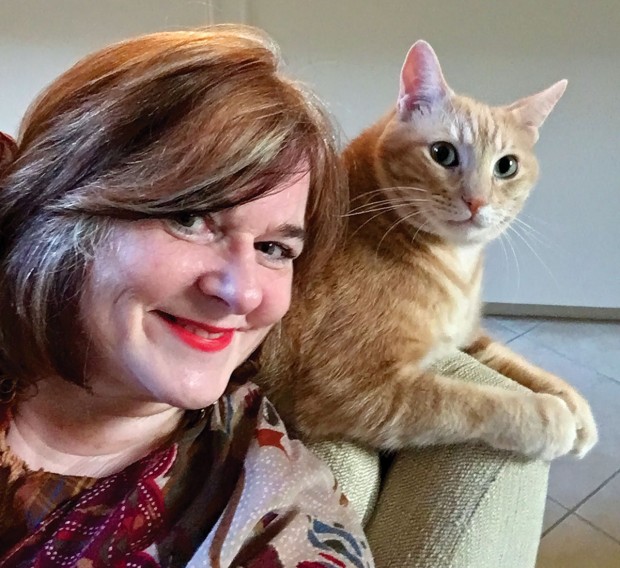 My vet calls Bart an “affection eater.” If humans are present, he demands you watch him dine. I picture residents at an assisted-living center forming a cultish circle around my cat, watching him feast on pork treats.

He has food issues, for sure. At home, before the Feeding of the Feline commences, Bart enjoys being cradled in a belly hold and swung gently back and forth like a pussycat pendulum, raising his head now and then to accept kisses.

Weird, I know. But he sets the rules of etiquette. I don’t.

Remains to be seen if Bart will make the therapy cat cut. Keep working with him, says Every, and it could happen. “But not every cat makes a good therapy cat.”

According to Pet Partner national statistics, there are 200 therapy felines to 9,400 dogs, so clearly not every cat has its day. Miniature donkeys, ponies, a few full-size horses, rabbits, guinea pigs, domestic rats, birds, alpacas and llamas are also registered. In the organization’s online list of potential therapy animals, only the cat has the description “well-behaved” in front of it. 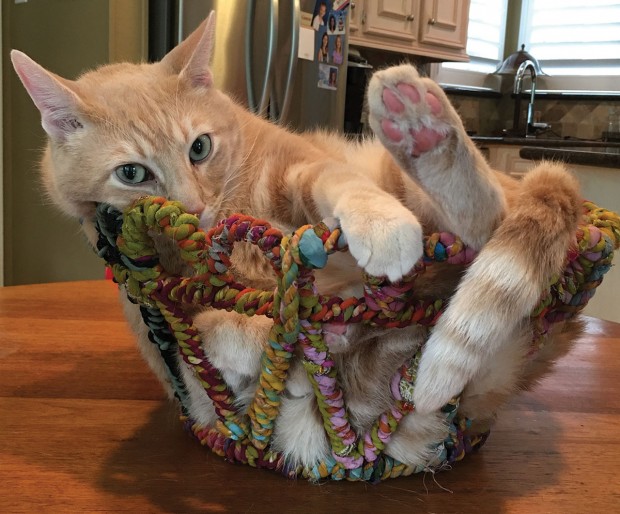 Bart’s mind hasn’t caught up to his pant size. The large kitty stuffs his 22.6-pound frame into a too-small breakfast table basket.

I get it. Some felines carry the reputation of little sociopaths in fur. (Unfairly, I say.) But Bart’s an attention-hog people-pleaser. With rad skills.

He deftly lifted a plumber’s mini-wrench once, carrying it in clamped jaws from master bathroom to utility room, drowning it in his water bowl. He separated a hapless banana from its bunch, like a lion isolating prey from the herd. The banana died a turn-brown death in a sunspot under the grand piano. A weird fruity alcohol smell led us to its carcass.

But I promise I won’t let Bart near any bananas if he’s accepted into the pet therapy program. An on-site evaluation takes place with a Pet Partner representative when I deem he’s ready. He’ll be required to sit on a person’s lap for at least 30 seconds, then move to another’s and so on. You know, simulating therapy cat duties.

But did I mention that Bart is a perimeter cat? He wants to be near you, not on you. So we’ll see how this goes…. 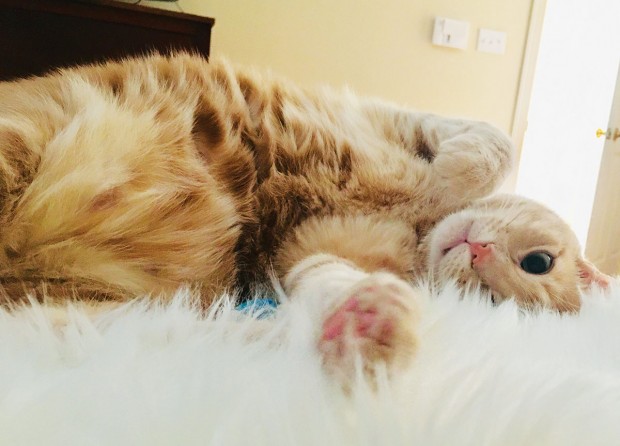 Bart settles in for a fur-on-faux fur catnap on his favorite throw. 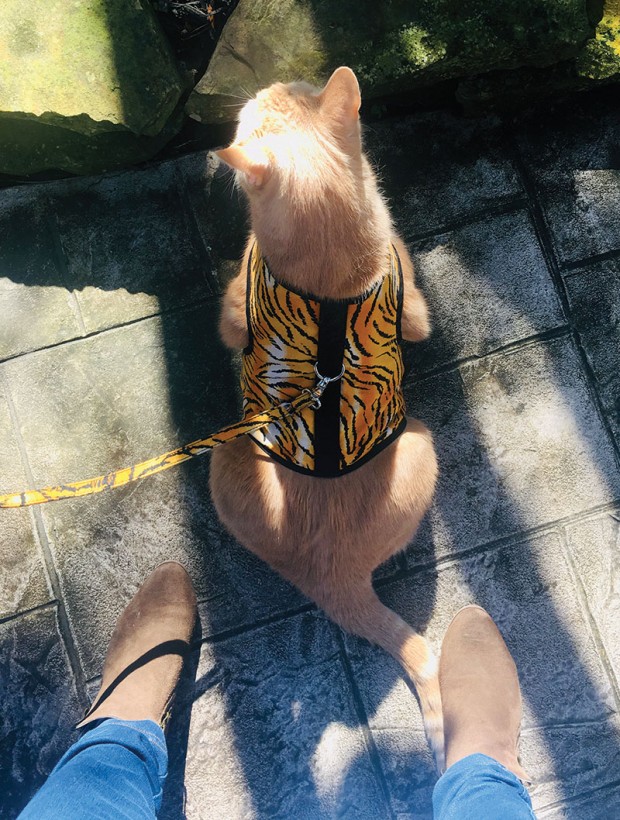 Training to become a therapy cat includes walking on leash and harness.