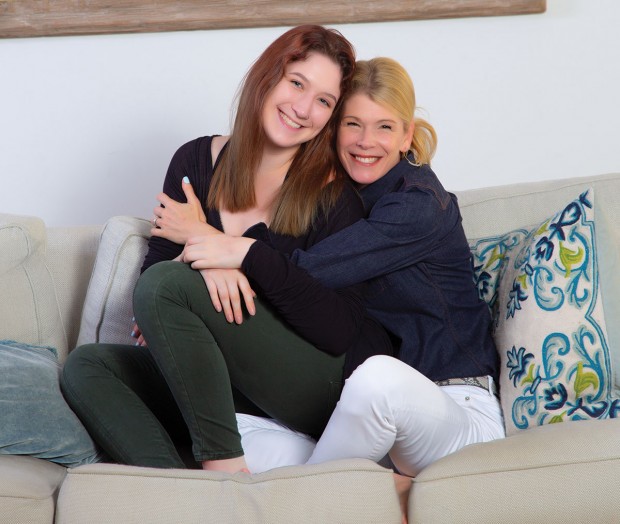 Kate and Jim Lykes and their children Payton, 18, Joe, 16, Mackie, 12, and Glynis, 10, are about as picture-perfect a family as you’ll ever see. Kate is a retired CFO, and Jim is executive vice president at Origin Bank. They both love a party and, like their children, are fun, funny and smart. The whole family also happens to be beautiful. They’re the kind of people everyone wants to be around.

What you don’t see in the Lykes’ family picture, though, is their struggle with mental illness. Payton, the Lykes’ oldest daughter, has borderline personality disorder (BPD), a disease often marked by feelings of low self-worth and fear, and struggles with self-image, direction and relationships. In the United States alone, more than 4 million people have BPD.

In typical fashion for them, the Lykes made the decision to use their experience with mental illness to help others. For that reason, they recently chaired Menninger’s Annual Signature Luncheon, which combats the stigma of mental illness while raising funds for research and training at The Menninger Clinic, and they are publicly sharing their own family’s story.

In the beginning, Kate remembers noticing behavior that was out of the norm for Payton, who they knew as animated, gregarious and just the right amount of mischievous. “You don’t know what it is,” she says. “You just know something’s not normal for your kid.”

“I think the first thing we saw was Payton becoming distant with her friends. Her grades began to suffer,” Jim says. “And when she was 12, she started self-harming. That was a go-time moment for us.”

“We were typical parents,” Kate says. “We sought help.”

But, Jim says, “We felt alone. Because even though we were always open about it, we didn’t know who to talk to. Now we have a network, but in the beginning, we didn’t have that.”

Payton also felt alone, although she didn’t feel she could be as open as her parents. “This was never talked about in my schools or where I grew up, and it seemed like I was the only one who was going through it, which made me want to hide it,” she says. “But now that it’s out there, there is a huge peer group of people struggling with the same. That’s really important for kids and parents to know.”

Both known to be organized and conscientious, Kate and Jim went first to Payton’s pediatrician. “We started with a very traditional, once-a-week appointment,” Kate says. “For many, that’s fine. But when your child’s behavior is disrupting daily functioning, once a week is not sufficient. We wound up spending every session catching up on the previous week’s events, with no time left for therapy or real growth. It’s too slow. You find yourself in this catch-22 where providers are by appointment, but a child’s needs are not.”

Payton and her parents went through a difficult year of trial and error, trying to find a fit with doctors and a medication that was helpful. “Then we landed at a time when Payton could no longer go to school and had suicidal ideation, and we realized she was not safe,” Kate says. They started looking into residential treatment.

“We didn’t know where to go,” Jim says. “We were struggling, knowing our daughter needed help quickly. You look up residential treatment centers online, and they scare the hell out of you. A friend recommended using an educational consultant. Through a Google search, we found one who helped us understand what our options were and who would be best equipped to help our child.” Based on the consultant’s recommendation, Payton went to a wilderness program for three months of stabilizing intensive therapy, then into a residential program.

Insurance companies covered treatment – weekly therapy and hospitalization – until Payton entered the residential program. Then, after two years of claims and diagnosis codes, they stepped in to say a different protocol should have been followed. “But our clinicians made recommendations based on Payton’s path, not a protocol,” Kate says. “Her life was in danger, and Payton will tell you those recommendations saved it.” The Lykes paid for 95 percent of two years of residential treatment.

Financially, “it was an easy call for us,” Jim says. “If it was anything else, it’s a huge issue. But when it’s life or death for your child, that’s a no-brainer.”

For those without the resources to pay on their own, options are scarce. “It’s easy to get 14 hours in the hospital paid for because of an attempted suicide, which can be significantly more expensive than long-term, proactive treatment,” Kate says. “For intensive help, it’s much harder. Another route is the prison system – 70 percent of people in the system have mental health issues. Or, you do nothing and go undiagnosed, but you’ll likely end up hospitalized or in prison…” 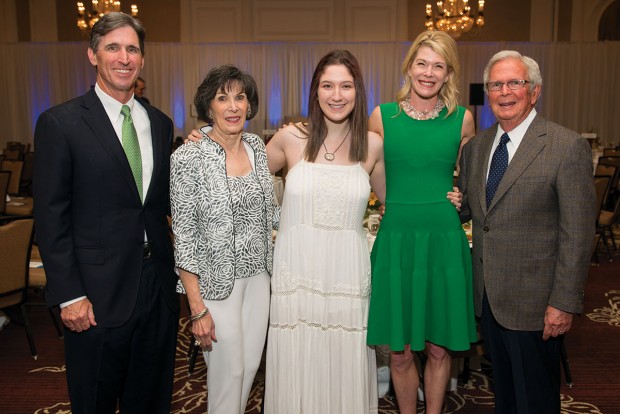 Throughout the process, the Lykes painstakingly educated themselves. “My dad went to Menninger years ago for treatment for bipolar disorder, but we didn’t know what they did there,” Jim says. There is a hereditary component to mental illness, but Kate is quick to point out that someone with bipolar disorder will not necessarily have a descendant with bipolar disorder.

“That was part of Payton’s original misdiagnosis,” she says. In the beginning, a doctor used a half-page, 40-question test that, they said, determined bipolar disorder. There are similarities between that and BPD, but treatment is different. “We spent the next nine months in a whirlwind of medications that did more harm than good, making Payton tired and unproductive, which led to her feeling worse about herself, leading to more isolation, more suicidal ideation.”

When Payton was 13, after a three-day, 800-question evaluation, including observation, clinicians suspected BPD but did not want to diagnose that young. At 17, BPD was officially confirmed.

“People with BPD often focus on the negative side of people and the world,” Kate says. “Their unhealthy coping mechanisms create more shame, and they become even farther removed from the people they love. It perpetuates the unhealthy behavior and starts a downward spiral that there is no hope for things to be different.”

Today, Payton appreciates participating in Alternative Peer Groups, which provide professionally staffed, positive peer support. “That’s a great thing for me, because I am able to be with other kids who are just like me,” she says. She also benefits from a treatment called Dialectical Behavior Therapy (DBT), which teaches interpersonal skills, emotional regulation and mindfulness. “Payton is learning to be proactive,” Kate says. “She’s learning to say, ‘What’s the one next step I can take?’”

Often that “one next step” is determined, Payton says openly, when her parents notice unhealthy patterns surfacing. “They’ll sit down with me to make a list of my goals. Then I’ll start making strides toward those,” she says. “I go through this quite often.”

“Payton has all the tools now to help herself cope with things, but she struggles,” Jim says. “With mental health, you have highs and lows.”

As a family, Kate says, “We love each other, forgive, forget, support and learn.”

“There’s not a choice,” Jim says. “Kate and I are very conscious about supporting Payton any way we can, but at the same time we have three other kids to take wonderful care of. We go out of our way to do that; I’ll have date nights with the girls individually.” And he jokes, “Kate and I will have a lot of vacations and date nights later in life.”

“We made a commitment very early on that we would be better together,” Kate says. “This is hard enough with each other. Everybody’s cried. There are times we don’t always agree, but we make sure we present a unified front. We also have to remember that we have to take care of ourselves as well, because otherwise we’re no good to anyone. We’re making a conscious effort to get a good night’s sleep, or go for a walk, or go on a date night. This is about hard work.”

Kate and Jim encourage parents to be open and talk to their kids. “Wouldn’t we rather know how our children feel and what is going on in their lives than wonder and hope that no news is good news?” Kate says.

Jim says being aware is paramount. “The signs can be different,” Jim says. “We’re talking anything from ADHD to bipolar. If your children start acting differently, you need to be conscious of it. Don’t think it will just go away.”

It can be difficult to distinguish something serious from typical teenage behavior. Payton shares some signs to watch for: “One of the biggest patterns with me and my peers [when we regress] is how our relationships with our parents change. I start disconnecting from my parents, stay in my room, my stuff gets messy. I’m not working out or eating healthy. I’m not doing okay when I’m doing that, even though I think I’m okay. That reflects how I’m feeling on the inside.”

When she does relapse, Payton says the most important thing “is that my parents aren’t getting down on me. That pushes me away. Instead of sending me texts like, ‘Where are you?’ they send texts like, ‘I love you and I care for you.’ Parents need to show love and support, because really that’s all that we all want.”

Payton was accepted to several colleges, including TCU, both her parents’ alma mater. She has decided to attend the University of Houston next fall