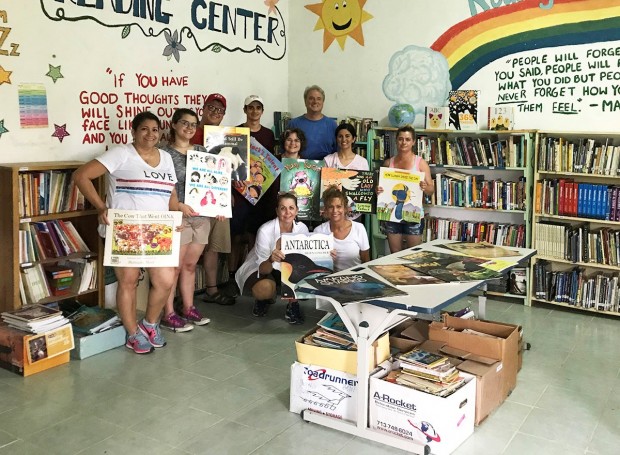 For some, Saturday mornings are for sleeping in. For others, they’re for cartoons. For Peggy Burck, they’re almost always for sorting books.

Even in the summer heat, you’ll find Peggy, along with a team of dedicated volunteers, sorting through boxes of donated books in a massive warehouse space located east of downtown on Polk Street. They categorize books into different plastic storage boxes labeled by category - science, technology, animals, reference and so on. Then, the books are packaged into boxes and placed onto a pallet, ready to be picked up by Missionary Expediters, a freight forwarder for humanitarian aid, who ships the books to countries like Uganda, Belize and Malawi. Volunteers then travel to these countries to set up libraries in communities and schools.

Peggy does this each weekend for Books for Development, a nonprofit organization whose mission is to address the worldwide book famine. The organization was started by Mark Cotham, a member of Chapelwood United Methodist Church, who had gone on several church mission trips to Uganda in the early 2000s. While there, he would ask the villagers what their biggest need was. They uniformly responded: “books.” 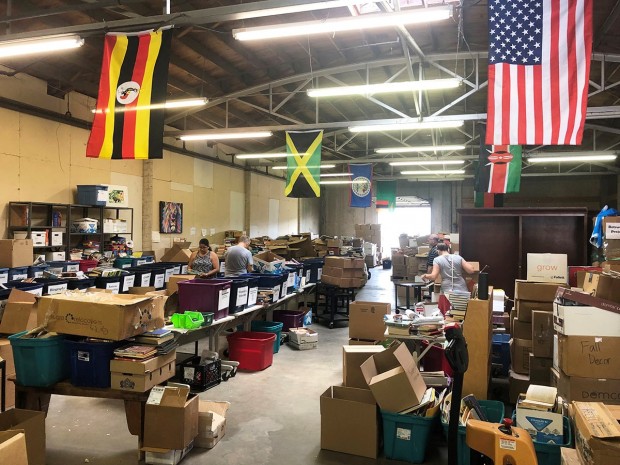 “When the English ruled East Africa, they had an elaborate system of libraries,” explained Peggy, who now serves as the organization’s volunteer director and vice president of development. “When they were granted independence, that infrastructure disappeared. There’s really no literacy of any kind. There’s no daily newspaper and nothing left to read.”

Realizing the dire need for books in Uganda, Mark began a project of organizing and shipping books out of the basement of Chapelwood United Methodist in 2010. Since then, the project has expanded and developed into its own nonprofit with six board members and about 20 regular volunteers with more regular drop-ins. In addition to the more than 200 libraries the organization has built in Uganda, they have also expanded to other countries including Zambia, Malawi and, most recently, Belize.

Last month, Peggy led a group of 11 volunteers to Belize, where they established nine libraries – three in Punta Gorda and six in Burrell Boom.

“The kids were so excited, they came up by the windows and were looking in while we were setting up,” said Books for Development volunteer Karina Williams, who was born in Belize and now lives in Houston. “It’s so wonderful for Books for Development to look at such a tiny country. Here in America, everything is going to Kindle, but there, we don’t have that technology, so just having a book is important.” 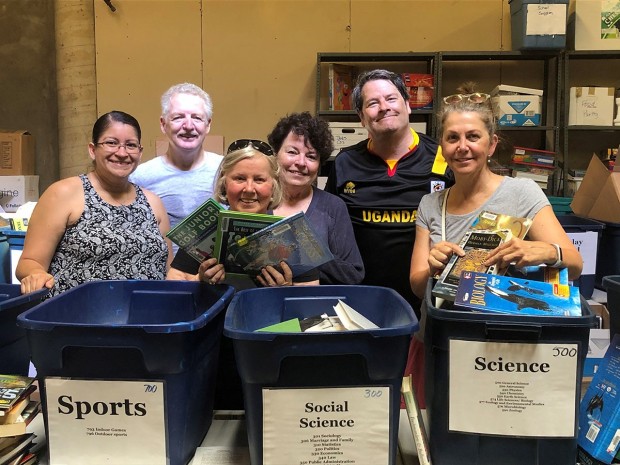 The trip to Belize was nine days long, and, like all Books for Development trips, is entirely self-funded. To make the trips as accessible as possible, Peggy says they travel “ruggedly” to try to keep costs down.

“There’s so many volunteers who donate their time but taking a two and a half week trip to Africa is more than some people want to take on,” Peggy said. “Belize gives us an option that’s closer to home.”

The next trip has not yet been planned but will most likely be to East Africa in 2020.

Editor’s Note: Do you have books you no longer need? Donate them to Books for Development by dropping them at the warehouse at 3709 Polk Street on Saturday mornings between 9 a.m. and noon. Find out about other ways you can help here.