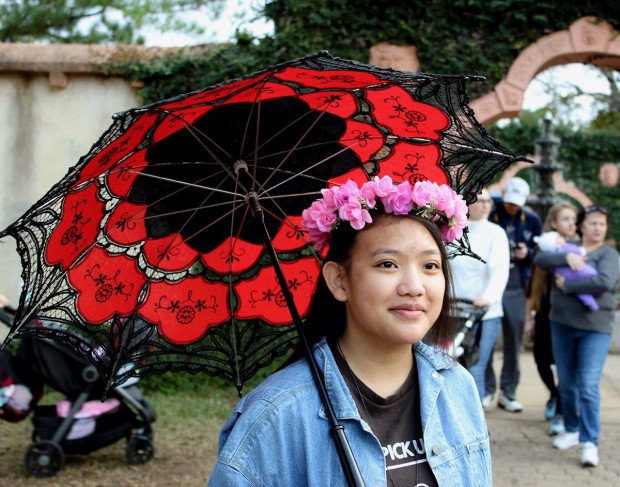 Last year, right before AP tests started, I found myself speaking with Camille Abaya, a junior (now senior) at CVHS. She spoke passionately about being a part of Interact (a community service club) and NHS, both just a small fraction of the groups she heads at our school. In passing, she briefly spoke of starting a podcast. “I [really] want to start a podcast ...like just for fun,'' she exclaimed. She already had a couple of ideas being shot at her by her future APES teacher, Ms. Amalia Masiglat. “You could do [a report] on like, human trafficking,” she had suggested. Camille smiled amusingly and replied, “No, I’d rather save that for [your] class.”

At the beginning of this year, I found Camille, back in Ms. Masiglat’s classroom, crouched over her computer, her eyes shining with anticipation. She had just finished editing the first podcast episode and was waiting for it to export. She called me over. “Do you know how to export it as an MP4?'' she queried. No, I replied. She sighed and then laughed. “I’m about as tech-savvy as an 80-year-old grandma,'' she joked, good-naturedly. As we watched the bar load, I commented on how quickly she had gotten the podcast idea set up. “I just couldn’t stop thinking about it. I knew I had to make it happen,” Camille stated.

This can-do attitude seems to be a centerpiece of Camille’s hard-work ethics. She headed a good fraction of the annual I-Fest at Carnegie as Cultural Performance Director, stressing over the order and timing of every performance group, in order to make I-Fest a success (which it totally was). In NHS, she put together the 30-hour famine program last year. Her group won 2nd last year in the final rankings. Her repertoire of clubs at Carnegie goes on and on: Black Student Union, Women In Science and Engineering, Rhino Press and many more.

Her prevalence outside of school reaches out just as far as well. A couple of years back, when I became a member of the Kids’ Committee for the Children’s Museum of Houston, I stumbled upon Camille during my interview, Secretary of the Committee at the time. Now she is President of the Discovery Squad Executive Committee and spends her summers volunteering at the Museum and teaching Vanguard middle school students in Austin, Houston, and Dallas. This year will be her seventh on the board.

Her passion for community services is never lost on me. Besides Interact Club, she does Girl Scouts and Lone Star Leadership Academy Alumni Council, as well as other smaller, but nonetheless significant, roles with NHS. In total she has about 800 hours, acquiring 240 of those hours last year alone.

She continues to play the violin for church and such. “It’s just for fun now,'' she says, “I stopped [going to] UIL Solo and Ensemble last year. The pieces I wanted to play just weren’t working out with the pianist.” She laughed as we walked down. I grabbed my stuff before walking with her to the front of the school. Her three off-periods allowed her to leave school early and head over to her job at Purple Kow in Rice Village. I waved goodbye to her as she left.

Her podcast, Unpremeditated Podcast, starring herself and her friend Danielle Henry, can be found on YouTube and covers everything unasked for but unregretted nonetheless.