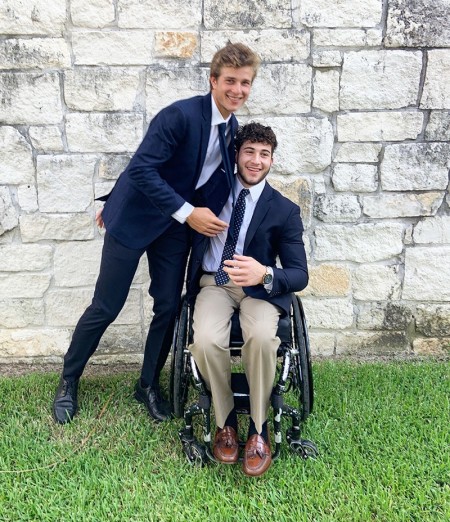 Cousins Noah Berry and Peter Berry are as close as brothers.

This is a happy story.

Years ago, The Buzz neighborhood was devastated when Robin and Josh Berry lost their lives in a car accident on the way home from Colorado. Their three young children, Peter, Aaron and Willa, survived.

Everyone who knew the Berrys, and thousands of people who didn’t, sent love and support to the children. They had a long road of recovery ahead of them, and nobody knew how their lives would play out.

Eight years later, I cannot stop smiling as I write this story, a much different one than the one I wrote in 2011.

That’s because Peter, the eldest of Robin’s and Josh’s children, committed last week to play Division 1 wheelchair basketball on a full scholarship to the University of Alabama. And he did it right next to his cousin Noah Berry, who has become Peter’s second brother, as Noah committed to play Division 1 tennis at California Polytechnic State University. 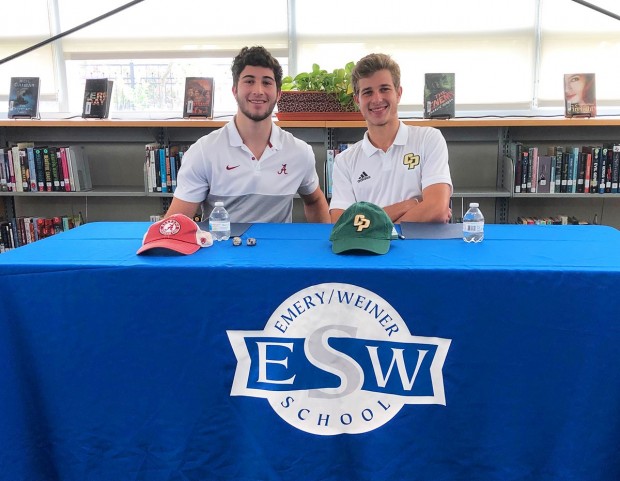 Peter Berry and Noah Berry, both seniors at The Emery/Weiner School, committed last week to play Division 1 wheelchair basketball at the University of Alabama and tennis at California Polytechnic State University, respectively.

Maybe you’ve heard this amazing story on the news in the past week. If so, you’ll know that Peter is ranked as one of the best wheelchair basketball players in the country, and is this year’s number one college recruit. And you’ll know that Noah is a Top 100 five-star tennis recruit who has been playing at the professional level around the country for the past year. You’ll have seen them smiling as they sign papers together at The Emery/Weiner School, surrounded by Peter’s siblings, Aaron and Willa, Noah’s sister Misha, and Simone and Matt Berry, Noah’s and Misha’s parents and Peter’s, Aaron’s and Willa’s aunt and uncle. You might have even cheered for this family of seven, celebrating with them from your own living room.

I, too, saw all of that, and I definitely cheered these boys on from my own living room. Also, I saw Robin’s face as Peter shared his happy news with reporters, because he looks just like her. And I remembered Josh’s pride that Peter not only was a great baseball player, but he also was his team’s motivator. Of course, I saw the pleasure in Simone’s and Matt’s faces, and, again, I marveled at what they’ve been able to accomplish with their family.

Always, they are modest: “You do your best, and then you pray,” Simone says.

Besides keeping five kids happy and healthy, Simone and Matt helped them to create One Life is Enough (OLIE), the nonprofit that sheds light on the dangers of distracted driving. The impetus, besides honoring Robin and Josh, was to create something good out of something terrible. Something good happened: The family was highly instrumental in urging the Texas Legislature to pass a law against texting while driving. You can read more here.

Peter and Noah are excited to take the next steps in their already extraordinary lives.

Noah says he’s looking forward to “trying out a new state” and experiencing California. “I’m excited to meet new people and see a different environment. And definitely I’m excited about the tennis part, too, continuing to work hard and getting better.” 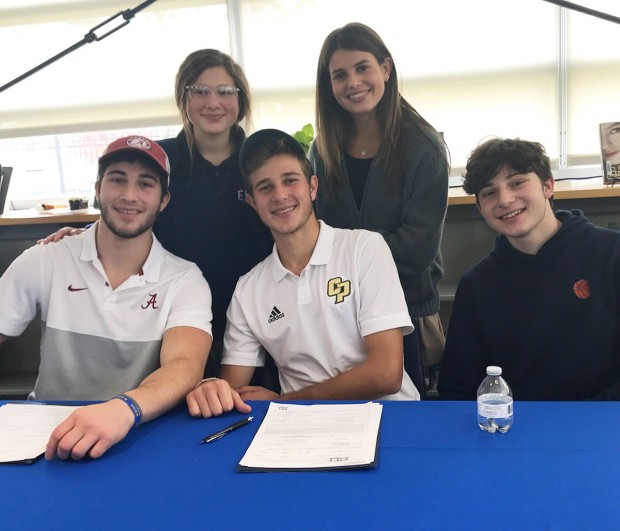 “I’m excited for a lot of reasons,” Peter says. “My biggest challenge is embracing the responsibility of living up to their expectations, because I’m on a full ride. A lot of people would be nervous, but I’m ready to embrace it.” Peter’s schedule will include daily practice starting at 7 a.m. “I’ve prepared myself and my body and my mind, and I’ve prepared myself to make that jump.”

“I think being a college student, to navigate that and be at your best at 7 a.m. every day is pretty impressive,” Simone says.

Noah anticipates his biggest challenge being “balancing school and tennis, and being away from my whole family and everyone who’s supported me my whole life. I’m a little nervous, but more excited.”

“Bellaire has so much that’s sentimental, but how could you not be excited?” Noah says.

“It’s not so much that I’m excited to leave Houston,” Peter says, “but to move to ‘Bama. There’s a built-in brotherhood with the team, and I’m excited to make new memories.”

Peter and Noah (and Misha, Aaron and Willa), we are all excited to be cheering you on from afar, yet again. This time, we’ll be grinning big and watching for all the good things you’ll do next.