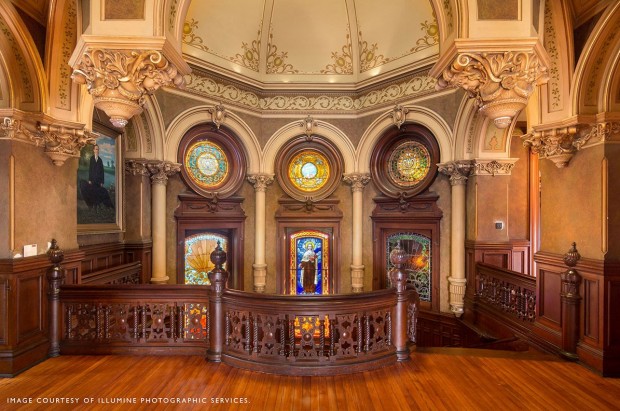 Many visitors to Galveston are familiar with the island’s 32 miles of Gulf Coast beaches. Some may not be familiar with the wide variety of museums and attractions in this historic beach town. During Galveston Virtual Museum Day, visitors can view museums from the safety and comfort of their own homes or when they choose to visit in person.

Galveston Virtual Museum Day participants will have the opportunity to learn about Galveston’s place as one of the wealthiest cities in the United States during the late 1800s, the powerful families who helped build the city, Galveston’s significance to immigration in the region and the importance of the industries that keep Galveston thriving.

Each day during the week, virtual visitors can take an online tour of one of the participating venues when they go to www.visitgalveston.com/museumday. Or, they can opt to visit the museums in person. COVID-19 safety protocols, including mask wearing and capacity limits, are enforced at each location.

Tour one of the island’s most popular mansions built of stone and steel, designed by Nicholas Clayton, Galveston’s premier Victorian-era architect. Bishop’s Palace is located in the East End Historic District, a National Historic Landmark. The palace is listed in the National Register of Historic Places. Architectural historians list the Bishop’s Palace as one of the most significant Victorian residences in the country.

The 1877 Elissa is a square-rigged iron barque, brought to Galveston from a scrapyard in Piraeus Harbor, Greece, in 1978. This rare, historic vessel is a floating museum that actively sails today. In fact, she is one of only three ships of her kind in the world to actively sail. Elissa welcomes more than 40,000 visitors annually and serves as the Official Tall Ship of Texas. She remains a symbol of the Gulf Coast’s historic beginnings as a seaport and active waterfront.

Moody Mansion is a 30,000 square foot manor built-in 1895. It served as the home of one of America’s wealthiest entrepreneurs, W. L. Moody, whose business enterprises included insurance, banking, hospitality, newspaper publishing, ranching and cotton factoring.
The Moody family lived in this 31-room home from shortly after the 1900 hurricane until 1983, when hurricane Alicia inflicted significant damage. Following a massive renovation completed in 1991, the year Moody Mansion opened for public tours.
Special Offer: Guests at Moody Mansion will receive a free souvenir guidebook during Museum Day.

All aboard! Visit the Galveston Railroad Museum to see a 1932 art deco depot located on five acres featuring more than forty different vintage railcars and locomotives. Here, visitors can discover what it’s like to be aboard a rail postal car, a mid-century sleeper car, or a Pullman sleeper car. Climb aboard one of the two steam locomotives and experience the size and power of these giant iron horses. The museum’s depot has been restored to its glory days of rail travel and looks as it did when it served as the hub for Galveston’s passenger rail service.

Learn about the oil and gas industry on an actual offshore rig with a visit to the Ocean Star Offshore Drilling Rig and Museum. Built-in 1969 and crowned the Ocean Star, she drilled hundreds of wells in the Gulf of Mexico before her renovation into a museum. The museum illustrates the history and technology of the offshore oil industry and is one of the only places in the world where visitors can stand on a real drill floor and see authentic vintage drilling equipment up close.

The Bryan Museum is much more than a museum. Housed in the Galveston Orphan’s Home built in 1878, visitors will discover a world-class collection of historical artifacts, documents and artwork relating to Texas and the American West. The collection spans more than 12,000 years, with pieces ranging from ancient Native American cultural artifacts to modern 21st-century objects. Other items on display include saddles, antique firearms, spurs, an extensive collection of fine art, religious art, folk art and rare maps.
Special Offer: Galveston residents will receive two for one admission or 50% off single admission when they visit Sunday, Jan. 31 to view the opening of Galveston Mardi Gras: A Retrospective.

Step back in history at the Galveston Naval Museum. Here, visitors can tour the USS Cavalla, a WWII submarine that sank a Japanese aircraft carrier involved in the Pearl Harbor attack, and the USS Stewart, the only Edsall-class destroyer escort preserved in the United States. The museum offers guided and self-guided tours.

The Official Opera House of Texas, The Grand 1894 Opera House, is a testament to Galveston’s resiliency. It is a 1900 Storm survivor and for more than 125 years has served as the island’s center for the performing arts. The intimate theater is one of just a handful like it left in the U.S. Here, no seat is more than 70 feet from the stage. During its performance season, acts ranging from singers to comedians, dance troupes, and Broadway shows grace the stage.