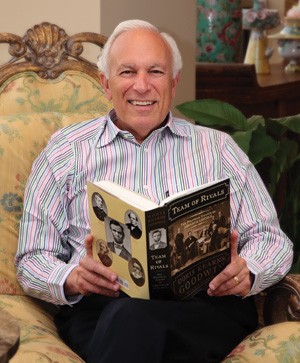 My friends always seem to have great ideas, from finding an out-of-the-way gumbo cook-off and Zydeco band to planning an adventure-filled family vacation or concocting a new cocktail. I love hearing their takes on things to do and places to go. So I thought, what great ideas could I gather from a larger pool of friends?

This month, The Buzz is rolling out a new column called Back Porch, full of readers’ ideas and suggestions about a different subject every month. Hopefully, you’ll find our neighbors as inspiring as I did. This month? Summer reading...

It’s the start of summer, and we’re all a little more relaxed. There’s time for hanging out at the beach and dinner by the pool. Time, too, for summer reading.

I’ve got my own stash that I’ll be happy to have time to read. A second delve into Gretchen Rubin’s The Happiness Project is at the top of that list. While I’m not such a fan of self-help books, this one’s practical and revealing, as Rubin lays out her own personal, and detailed, year-long plan to increase her own happiness quotient.

I’ll also be reading with my girls, who are 8 and 11. We just finished The Invention of Hugo Cabret, by Brian Selznick, a Caldecott-winning book combining a mystery with drawings that are integral to the story.

Sarah Sampson, mom of three and an avid reader, admits she has a problem with buying books. She says she’s got stacks waiting to be read all over the house. Last summer she set out to read great male writers of the 20th century: Phillip Roth, Wallace Stegner, Ethan Canin, John Updike, John Cheever. This year, she’s thinking about getting back to some classics from F. Scott Fitzgerald.

Bernie Milstein, a well-read ophthalmologist (who also happens to be my dad), just attended a Doris Kearns Goodwin talk benefiting The Jung Center. Hearing her animated talk on the Abraham Lincoln we never knew inspired him to read her much-acclaimed Team of Rivals, which examines Lincoln’s leadership style and unique understanding of human motivation.

Known for her voracious reading and great taste in books, Dena Prasher has lots of suggestions: Major Pettigrew’s Last Stand, by Helen Simonson, a story of tradition, family and acceptance; The Space Between Us by Thrity Umrigar, about the longtime relationship between a wealthy Bombay woman and her housekeeper; My Name is Mary Sutter by Robin Oliveira, about a Civil War-era midwife who dreams of becoming a surgeon; and The Sparrow by Mary Doria Russell, a novel set in 2059 about Jesuit missionaries, spirituality and extraterrestrial life. 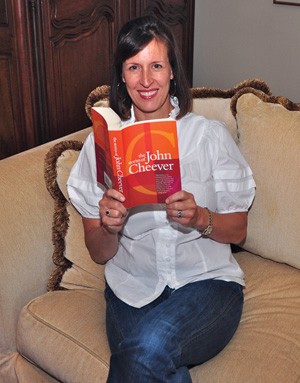 For something a little less serious, she suggests Little Green Men by Christopher Buckley, a satire on Washington D.C. media and aliens. Prasher says the book is “hilarious” and a boon for great comic writing, which she believes doesn’t get the credit it deserves. And for something easy and a little sexy, she recommends Janet Evanovich’s Stephanie Plum series of comedic mysteries. “NPR okayed them as clever and legit,” she says. “You don’t have to hide them anymore!”

Neighborhood kids have long lists too. Harry Potter is on everyone’s list. Laura Baird is challenging her Charlotte, 11, and Berkeley, 9, to read all of this year’s Texas Bluebonnet Award books, a list of books from which children read at least five and then vote for their favorites. (See www.txla.org/TBA.)

Jacqueline Touchet, 10, couldn’t put down Trenton Lee Stewart’s The Mysterious Benedict Society books. Jacqueline’s littlest brother, Abraham, 4, is reading the much-loved Bob Books from Bobby Lynn Maslen as he learns to sound out words, while 3-year-old Brandon Sorkin is reading Margret and H. A. Rey’s classic Curious George. And Melissa Brams’ crew of little ones is loving The Scrambled States of America, written and illustrated by Laurie Keller. (Check out her Arnie the Doughnut – so clever and detailed it never gets old.)

Ten-year-old Joshua Strauss loves the sports fiction of Mike Lupica, while Charles and Will Sampson, 11 and 10, will be reading The Devil’s Arithmetic by Jane Yolen following a visit to the Holocaust Museum Houston. And always, anything by Roald Dahl is a favorite for boys and girls.

The best part of kids being avid readers, as one West U mom sees it, is when everyone piles into bed together to listen to a book being read aloud.