The Buzz Explores the Houston Zoo 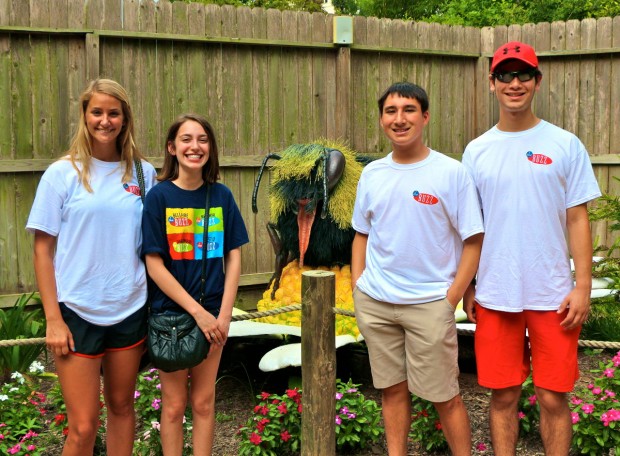 Buzz interns just had to take a photo in front of the bee in honor of The Buzz. (From left) Maddie Tebbe, Alex Daily, Jacob Padden and Mark Cox.

Editor’s note: “An Intern’s Insight” is a recurring blog by our summer interns. This unedited content is strictly the opinion of the writers, and not necessarily of The Buzz. In this blog post, Buzz interns Mark Cox, Alex Daily, Maddie Tebbe and Jacob Padden describe a day at the Houston Zoo, plus some pro tips when visiting.

As we headed over to the Houston Zoo, all of us skeptically looked up at the sky. The dark clouds in the distance did not look promising, but we were still excited to get an inside look at the zoo we had come to love through our youth. Rain or shine, we were determined to talk to some of the zoo visitors and staff and find out what attracted them to the zoo, even on a day like that. Armed with notepads and cameras, we were ready.

We met with Brian Hill, the Director of Public Affairs, and boy did he give us the VIP treatment. We traveled in one of the zoo’s golf carts, which summer intern Mark Cox noticed was solar powered, to our first stop: the newly opened Bug House.

The Bug House, which was opened during Memorial Day Weekend, will be a permanent exhibit in the zoo. One of our favorite parts was the HD Camera in the Texas Leafcutter Ant exhibit, which allows guests to see in sharp detail ants eating the fungus off of the leaves.

River Oaks resident Sheri Morrison’s first stop on her family’s visit to the zoo was the Bug House. Her son, Daniel, said he wanted to see the bugs first, but his favorite animal to see is the giraffes. Sheri, however, said she likes the otters because of how playful and active they always are.

Fast facts about the giraffes:

Our next stop was Extreme Bugs, another new exhibit that opened Memorial Day Weekend. However, this exhibit will only remain open until Labor Day so make sure to check it out soon. Inside there are 13 huge animatronic bugs ranging from a moth to a praying mantis to ants.

The giant tarantula on display weighs over a ton, and Hill told us zoo employees had to move the fence back to fit the whole tarantula inside the exhibit. Jackie Wallace, the new head of PR and Marketing following Hill’s retirement, said many guests comment that the tarantula is a thing of nightmares.

As we left Extreme Bugs, we noticed that the rain was coming and quickly headed inside to the Aquarium. However, inside we were surprised to find a section for armadillos and other desert animals. The entire time we were inside the exhibit, these animals never stopped running around. Hill said that with the exception of the quick naps they take, they never stop moving.

“It’s like me when I eat too much sugar,” West University resident Cassandra Ramirez exclaimed.

While looking for people to interview, Alex suggested a family that was looking at the jellyfish. However, before she could approach them, Maddie reminded Alex that she already tried to interview them in the Bug House earlier in the day, but the family wasn’t interested. Moral of the story: never forget a face.

We heard and saw the rain storm outside, so we decided to stay inside for the piranha feeding and hope that the rain passed. During the piranha feeding, we learned that piranhas are not as vicious as many people think. Though they are carnivorous fish, they only attack humans, or other animals, when they feel threatened or cornered; usually their defense mechanism is simply to swim away. Still, all of us agreed that we wouldn’t be comfortable getting in the tank.

The rain eventually stopped, so we traveled to the Africa exhibit, which is still partially under construction. Memorial resident Hank and his daughter, Sarah, had been looking forward to seeing the elephants all day. The one that was still outside, Thailand, has been at the zoo since 1982. Hill said that most Asian elephants are not known to be calm, but Thailand is different. With 80,000 muscles in his trunk, Thailand has the power to be very dangerous, but Hill said he spends most of his days playing with the other elephants and eating.

Even though we had to brave the hot and humid weather, visiting the zoo definitely brought back happy childhood zoo memories for all of us. The wide array of exhibits the zoo houses allows all visitors, young and old, to observe and interact with animals that most people don’t see in their entire lives. Whether you want to watch piranhas snap up bits of fish for lunch or feed the giraffes face-to-face, the Houston Zoo offers everyone an environment in which everyone can immerse themselves into the wild.

What’s your favorite part of visiting the zoo? 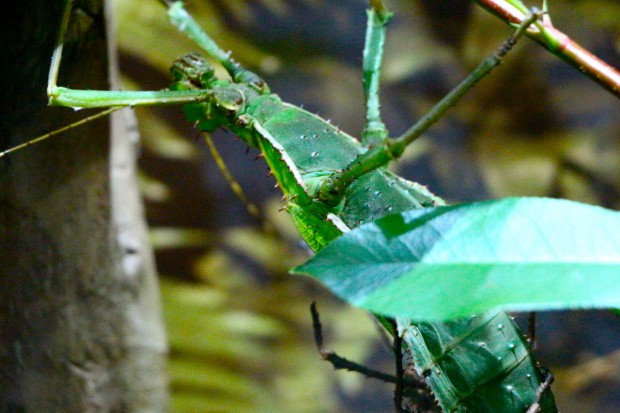 At first glance, this may look like a leaf, but it’s actually an insect carefully camouflaged into its surrounding. 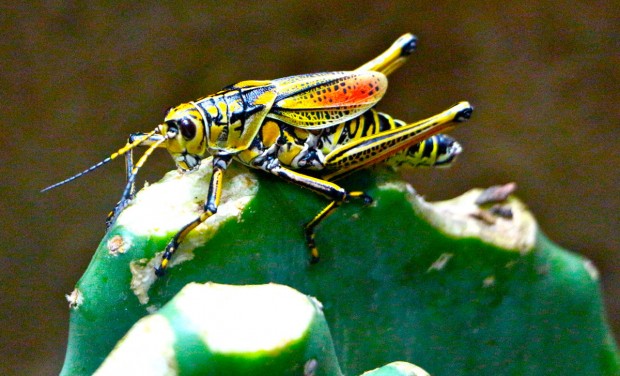 “There are about 10.5 billion insects per human,” Brian Hill said. “We just wanted to make everyone aware of all the cool bugs that they may not know about.” 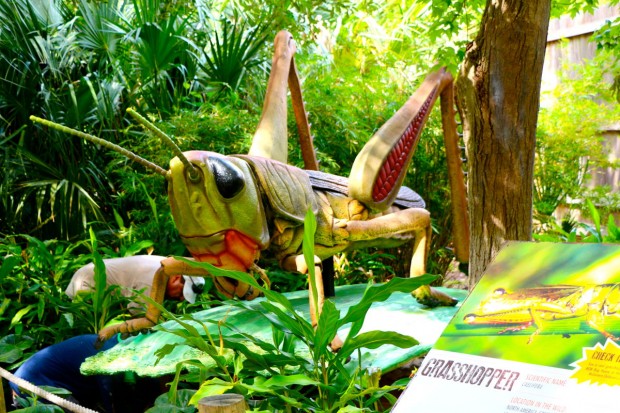 Zoo visitors can control certain insects on display in the Extreme Bugs exhibit. 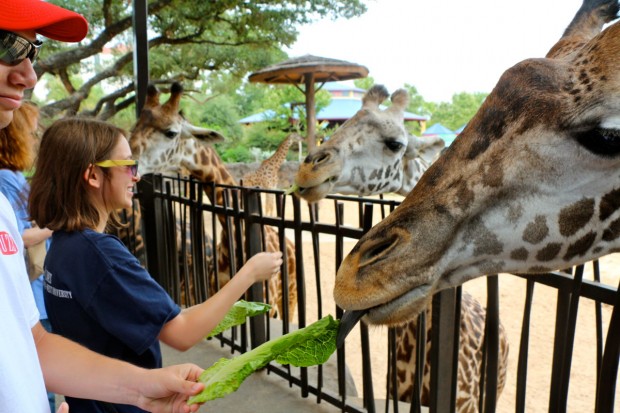 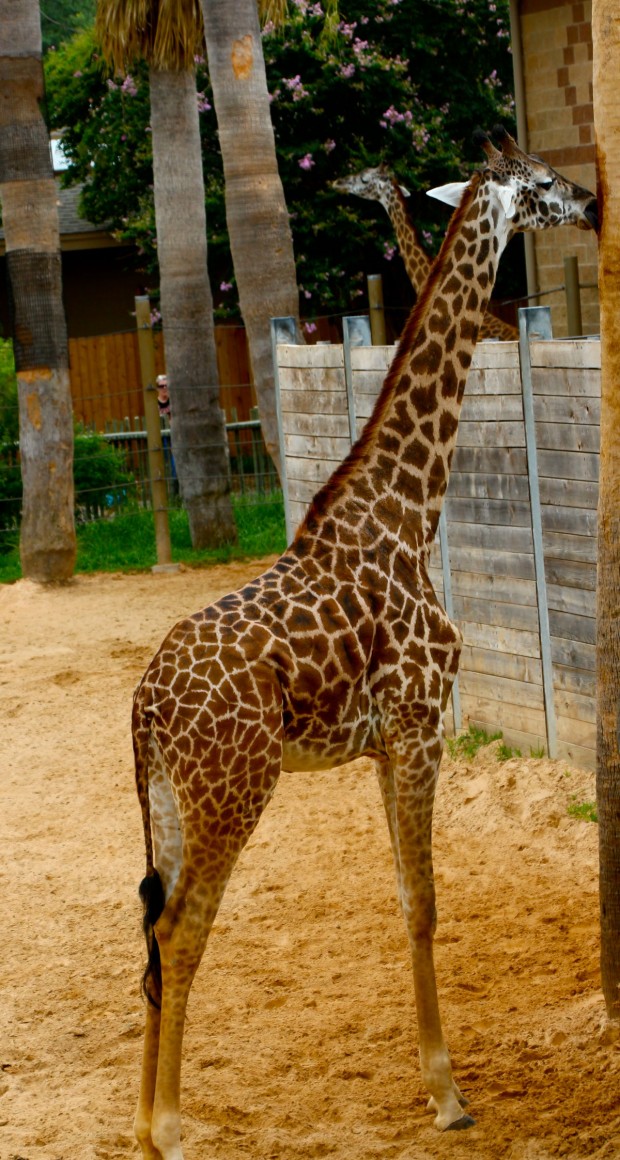 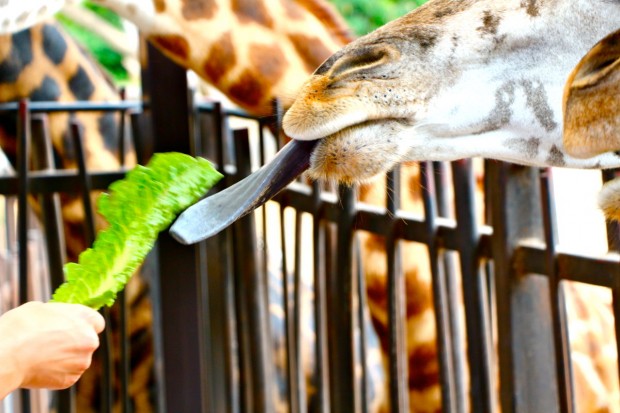 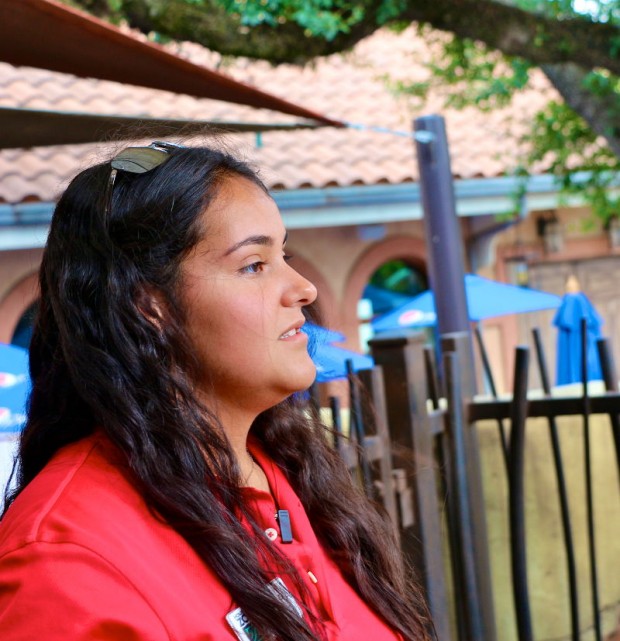 Zoo ranger Yomara said that the giraffes are her favorite exhibit, 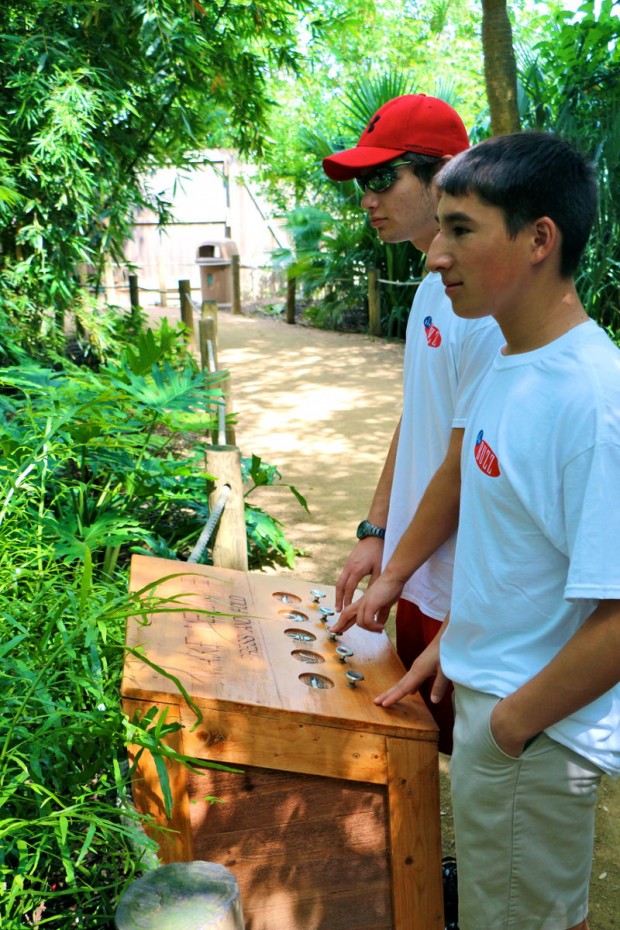 Mark Cox and Jacob Padden try out the controls in the Extreme Bugs exhibit. 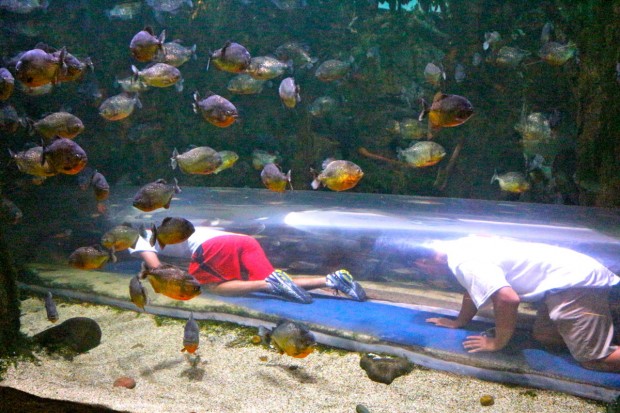 Interns Mark and Jacob crawled through the clear tube that went through the piranha exhibit. Luckily, they got out before the herd of shouting children came running through the tunnel. 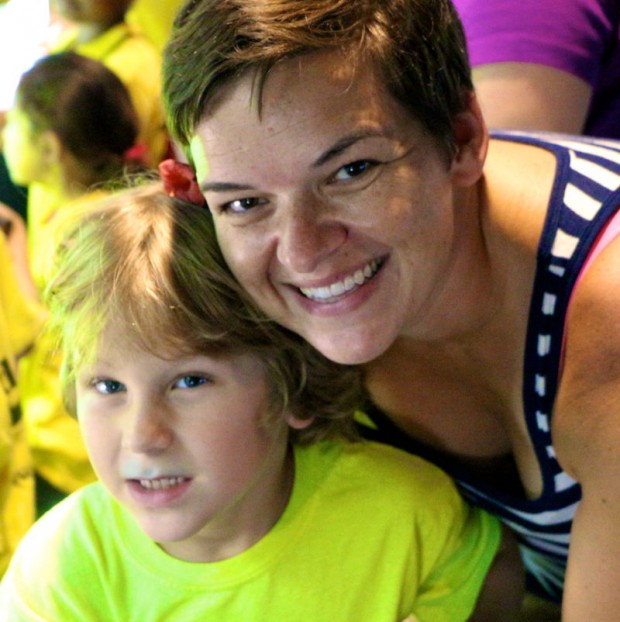 River Oaks resident Sheri Morrison’s first stop on her family’s visit to the zoo was the Bug House. Here she is pictured with her son, Daniel