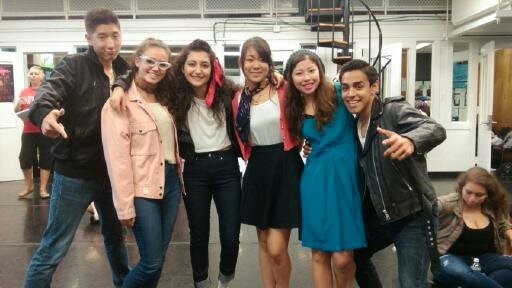 Hina Kuroda, a junior at Bellaire High School has come to Houston for an entire school year from Tokyo, Japan to study abroad. Between comparing her schools, the city, the culture, and the fashion, Hina was delighted to share some of her incredible experiences so far.

As soon as Hina walked outside the airport, the infamous Houston weather welcomed her; she commented that it felt “super hot… really humid.” When comparing Tokyo to Houston, Hina mentioned that in Tokyo there are “more buildings; people walk really fast; people care about what they look like.” Although she admits that Houstonians, too, dress up in public, the fashion is not as competitive in Houston.

Of course, the city style was not the only difference Hina spotted; in fact, she was hit with a little bit of a culture shock. She stated that “it took a while to get used to wearing shoes indoors.” In Japan the citizens honor taking off shoes when entering any particular place; however, Hina says now it is more common to see this habit in traditional locations. Hina elaborated that “at traditional Japanese restaurants we remove our shoes” and the customers sit on “tatami,” which is a variation of a floor covering, much like a rug or carpet.  While the shoe adjustment was rather different for Hina, there were more exciting events and outings that she has experienced. Two of her favorite Houston locations are the Galleria and The Museum of Fine Art.

Most recently she danced the night away at the Bellaire Homecoming Dance and took pictures at a Homecoming photo booth.

During the week leading up to Homecoming and spirit week, Hina was quite surprised at the level of enthusiasm every student demonstrated in their daily costumes. She emphasized that “on spirit week there were a lot of weird people. We don’t have spirit week or homecoming in Japan.” Hina says that the Homecoming Dance was “kind of crazy but fun.” If the activity involves dancing, Hina is happy.

Hina’s favorite part of Bellaire High School is the choices of classes, especially eMotion Dance Company, which has designated class periods. Unlike her dance club at her school at Tokyo, the dancers can dedicate almost an entire hour to dancing. She really enjoys being a part of eMotion Dance Company because in Tokyo she “couldn’t show people (dances) outside of school” and only had two performances at school with her dance club, whereas eMotion performs at multiple events throughout the year.  She also really appreciates that “everyone says their opinion” at Bellaire High School whereas back home most students are more reserved.

The concept of changing classes for every period was also entirely new for Hina. She explained that in Japan “teachers change classes; we (the students) don’t change classes.” She also added that the students in the same grade have the same classes unlike Bellaire High School’s classes, which can consist of any student from a freshman to a senior. The distinction between the classmen is very sharp in Japan according to Hina. The distinction is so important, in fact, that there is a term called “senpai,” which is used for the seniors. Hina exemplified, “If ‘senpai’ does something {such as opening a door} that someone younger can do, you apologize and do it for her.” In other words, “if you’re a senior and I’m a junior, you’re like a god.”

Another major difference Hina noticed at Bellaire High School and in Houston in general is the variety in fashion choices. She stated that “in Japan most people wear fashion in the book, but here there are more variations. Sometimes if I buy one clothing I see five people wearing it. (One time) I was wearing kind of shorts and when I got on the train the girl in front of me was wearing the same thing!” It’s amazing that even in a city as populated as Tokyo the fashion is very ubiquitous.

Overall, Hina Kuroda is enjoying her time studying at Bellaire High School. She says, “I love my host family. I really appreciate everyone supporting my study abroad.” Lastly she emphasized, “I love Bellaire.” 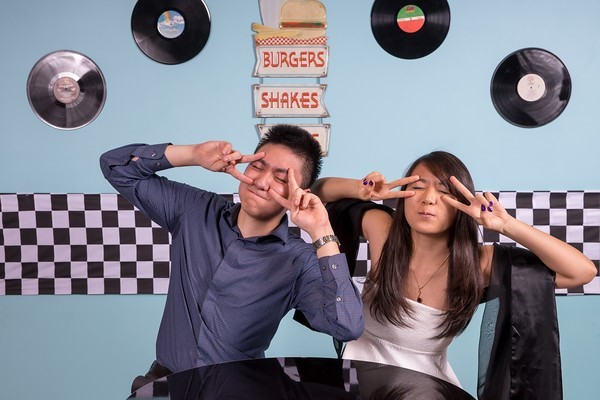 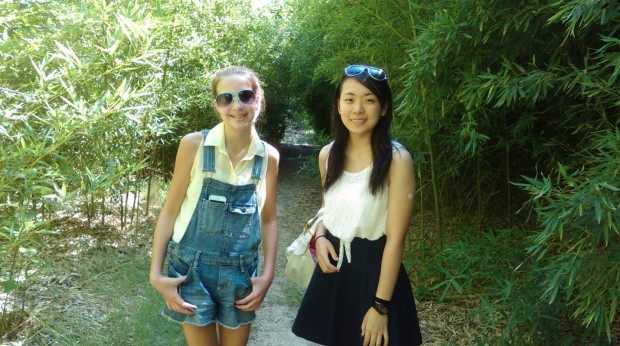 (From left) Kelly Watkins and Hina Kuroda in Kerrville. 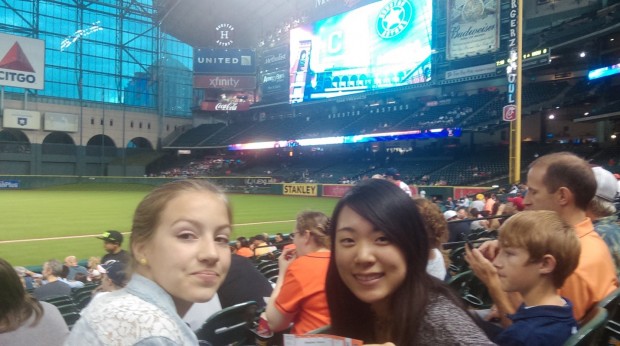