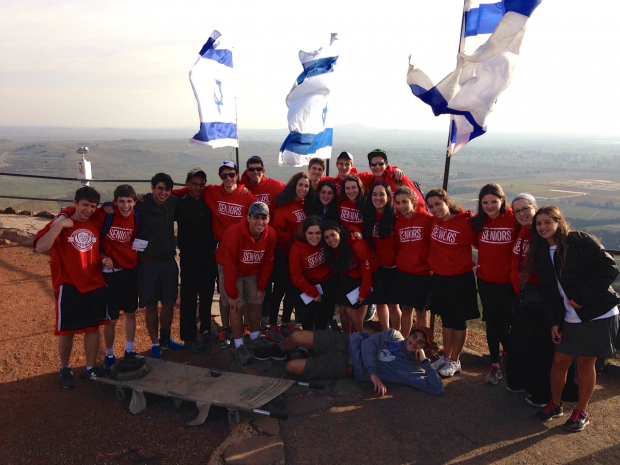 The Robert M. Beren Academy senior class recently returned from an amazing two-week trip in Israel. It was full of amazing sights, fascinating museums, spiritual sabbaths, and memories to last a lifetime. But there was one lesson we all learned that made the trip unforgettable.

On Tuesday, Nov. 18, two terrorists entered a synagogue in a town in western Jerusalem, and slaughtered five innocent Israelis while gravely injuring many others. The terrorists planned their attack so that it would take place during the morning services, when the synagogue would be packed with people praying to God. Now, I am not going to delve into the horrific details of that dreadful morning. I will, however, describe the events that followed.

Later that afternoon, in an area south of Jerusalem, hundreds of high school students made a human chain and sang to show their unity and support for the families affected. The following morning, at the same synagogue in which the attack took place, over 2,000 people showed up for services. These people were not afraid, were not going to stop living their lives, and were not going to stop fighting for their country.

The events of that Tuesday shook me. I called my mother, crying, telling her I wanted to come home and be safe. This is how she responded. “Look around. Have the cars stopped driving, the people stopped walking, or the buses stopped operating? No. Because if every time Israel was attacked the country came to a standstill, there would be no Israel. The State of Israel was invaded by five different countries the day after she came into existence. If you run away and come home, the terrorists have won. By staying, you are doing your part in showing your unity and support for Israel. So go, enjoy the rest of your trip. Do not live in fear.”

This struck me as very profound advice that can be applied to any person in any country. Every country has had its share of terror, and without the unity that followed, those countries would not have pulled through. Think of 9/11, and the Boston Marathon bombing. In dire times such as those many people feel helpless and fear that there is nothing they can do to help. That is false. By not running away, not living in fear, and showing unity, we are fighting back, and we will pull through.