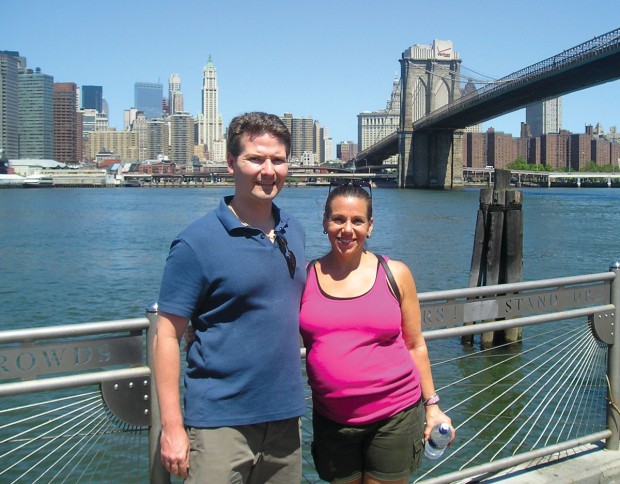 Kevin and Francyne Jacobs took in the Brooklyn Bridge, the Empire State Building, Ellis Island and the Statue of Liberty while expecting their first baby.

Francyne and Kevin Jacobs are people who like to travel. They didn’t think of themselves as trendsetters; they just wanted to have a last hurrah and take some time for themselves as a couple before their lives would change forever.

So when Francyne was pregnant and the invitation to her friend’s daughter’s bat mitzvah in New York arrived in the mail, they decided to go for it. It would be their first babymoon – but it wouldn’t be their last.

They’d both spent time in New York, but never as tourists. This time they went all out: They stayed at the Waldorf Astoria, saw the Statue of Liberty, Ellis Island and the Empire State Building. They walked together across the Brooklyn Bridge. They went to a Yankees game.

“Personally I didn’t feel any different about it,” Francyne recalls. “It [the pregnancy] didn’t affect my energy level, what I could do or wanted to do. We were on the subway when a teacher motioned for one of his students to get up and give me his seat – I thought, ‘Why would you?’ Then I looked down and said, ‘Oh, yeah, it’s because I’m pregnant!’”

Babymoons are an ideal way to slow down and capture the moment – bonding time for a couple when they are about to enter a stage where their relationship takes a back seat to the needs of the new little one. It can be a time for long walks, heart-to-heart talks, lingering over a candlelight dinner – dreaming together about the new life about to enter the world – activities that soon may be looked back upon as an impossible luxury.

“I think we had a great time,” recalls Francyne. “It’s a trip we look back on fondly. I don’t want to say we got the travel bug out of our systems, but it helped us feel more focused on what was about to come later.”

The only down side was that they arrived just in time for a heat wave – ironic, as they’d thought to escape the brutal Houston heat in early June – but temperatures in New York were in the high 90s, and the air conditioning wasn’t as good as back home, she noted wryly. Francyne, being pregnant, was especially susceptible to the heat. So they went on their outings in the mornings; in the heat of the day they’d come back and rest and relax. Then at night they’d go out for a nice dinner or take in a show.

That was when they were expecting Halle. For David, their second child, they never got around to taking a vacation, so their second babymoon was for Aaron, their third, and they were feeling confident and at ease with the experience. They decided on a laid-back vacation at the Park Hyatt Beaver Creek in Colorado.

It was a place neither of them had gone, and it was nice to experience that as a couple – to be able to go hiking, have a couple of romantic dinners and be outside and in nature, to relax, to sleep in, something the two little ones back home rarely allowed.

For the Jacobs, the babymoon was just an extension of a custom they’ve integrated into their relationship.

“Whenever we travel we try to go away at least once a year just the two of us,” says Francyne. “It’s kind of a reconnecting weekend, and it’s a priority in our lives. It was a good way to really re-focus on ourselves and figure out how we were going to move forward.” 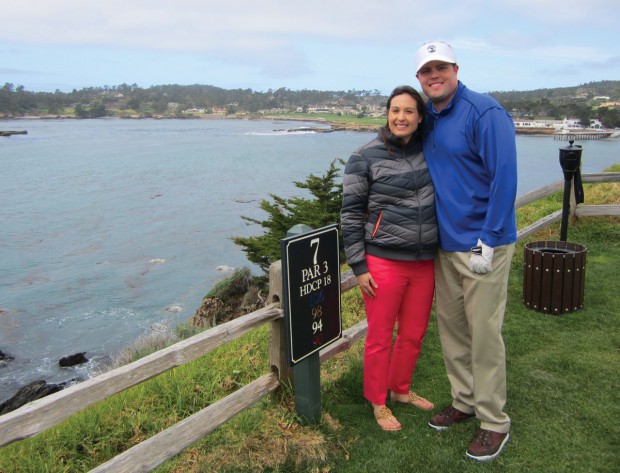 Chris and Laura Curry celebrated their first babymoon in Pebble Beach, where Chris walked the course and Laura rode in the cart under a blanket.

Laura and Chris Curry aren’t sure where they first heard the word “babymoon,” but they both knew they wanted to do it: a last hurrah before little Cora would join them, making them three.

“We wanted to go somewhere that would be fun for both of us: somewhere with good food, good weather, not too far,” says Laura. “I was 30 weeks, so I was pretty far along. I didn’t want to go to Vegas, or the beach; I didn’t want to be a bathing suit.”

They ended up going to The Lodge at Pebble Beach, Calif., where Chris played golf. One day Laura curled up in the golf cart wrapped in blankets and accompanied him on the course, and another day she lounged in the spa. Throughout the vacation, the two of them basked in the postcard-perfect charm and beauty of Pebble Beach.

“It was amazing,” she recalls. She’ll never forget, for example, the evening at The Inn at Spanish Bay, another golf course on the coast where a bagpipe player piped out a melody as the sun went down, bonfires brightening up the beach.

The trip served to bring them closer, and to give them space to talk about subjects they hadn’t yet broached. It was the first time they could share their fears about the birth and the coming changes.

“It was a safe place we set aside, this time with no other interruptions; it was on our minds, and it was a good opportunity to let it sink in and feel, very purposefully, that it would be the last time it was going to be that kind of vacation,” says Laura. 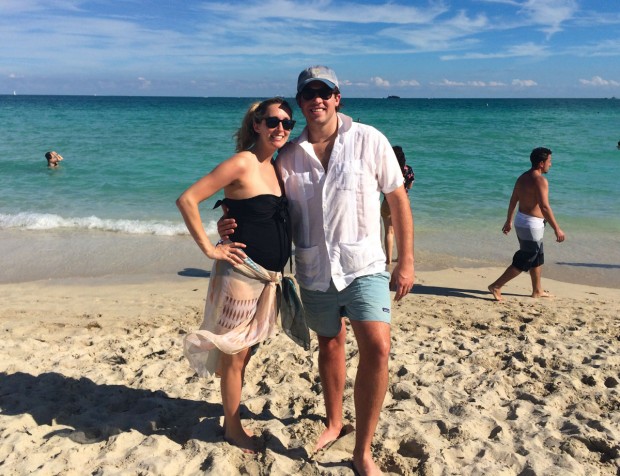 Rachael and Jimmy Berry escaped to the trendy James Hotel in South Beach for their babymoon, where they sunned and swam and dined to their hearts’ content.

For Rachael Berry, she knew from the beginning she wanted to take a babymoon. “All my friends were doing them, and I thought it was such a cute idea,” she recalls. “Then we thought, ‘We’re about to have a baby, it’s going to be expensive – maybe we shouldn’t.’”

But then her husband, Jimmy, had a mid-week business meeting in Miami.

“I said, ‘OK, we’re going.’ I flew up on a Friday. I was really dying to lay on the beach and get a little tan before the baby came,” says Rachael. They stayed at the “trendy and fun” James Hotel in South Beach, ate at Joe’s Stone Crab and had a romantic lunch at the Delano Hotel. 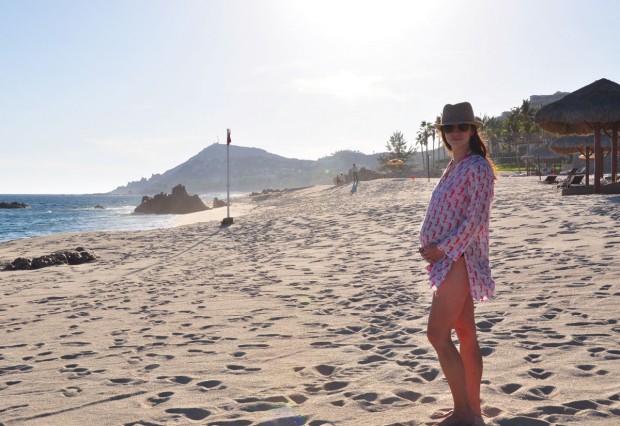 April Leibman made an escape to Los Cabos with husband Ben not long before the birth of daughter Penelope.

For April and Ben Liebman, the first babymoon was in the Mayan Riviera where they’d been married a year before, when April was seven months pregnant with their son Levi – at Ceiba del Mar near Puerto Morelos. For the babymoon with their daughter Penelope two years later, they went to the One&Only Palmilla in Los Cabos. On both trips they encountered other expecting couples – obviously on their babymoons, as well.

The important thing, according to all the babymooners we spoke to, is to take some time as a couple to celebrate and focus on the relationship before everything changes.

“I definitely recommend to people to take the time to be self-indulgent; don’t make a lot of plans,” advises Laura. “You will go on vacations after this, but it will never be the same. You’re thinking about your baby, thinking about home – it’s a whole different life.”

Gearing up for your babymoon

Karen Haysley from Nine Maternity, a maternity clothing store, helps a lot of prospective babymooners gear up for their getaways. She offered a few tips for our readers: