Exploring the world through words 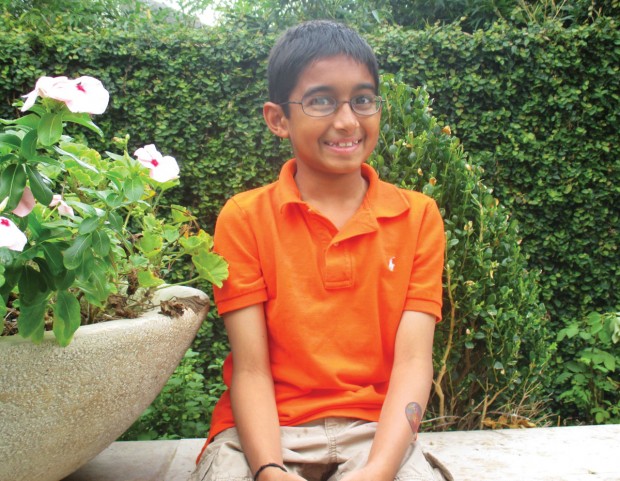 Rohan Gupta, a fourth grader at Condit Elementary, loves to write and has read his poetry at public readings.

Before kindergarten, I learned to read. Because I read a lot, I started writing. I wrote small stories, and then I typed them up and made them into miniature books that have been kept over the years. Now, I read long chapter books in a series. I like these books because they have complicated storylines and characters with strong emotions. Today I like to write realistic fiction because it’s not too silly, but it can happen.

When I was in third grade, I participated in a program put on by Writers in the Schools (WITS). We wrote poems and literature that we shared with our class. Mrs. Gloria Álvarez, our WITS teacher, was very kind. WITS took us to the Houston Arboretum, and it was my first time there. I used my senses to reach out to the world. Mrs. Álvarez explained that poetry is not all rhymes. I wasn’t so sure about that before. Poetry is a story that uses lots of action, adjectives, and enough nouns to give a very detailed idea about what you’re talking about. I started writing much more!

I like when other people pay attention to my work. I once made a poem up, and Mrs. Álvarez really liked it, along with the other WITS people. Then I got an envelope that stated I could go to the Menil Collection to read my poem out loud, with some other students. I felt proud because I was the only one to read two poems.

A few months later, I got an invitation to go to a Houston Public Poetry reading. Published poets read there. I heard a few poems and read my own. I wanted to learn from the other writers, and I did.

I love writing, and it’s important because I put my ideas into it. Writing is permanent. It can be cherished forever. My writing will change as I get older. It will make more sense, and I’ll use bigger words. Writing is fun. It comes in many different forms, and can be found everywhere. As you can see, my life of writing will always go with me.