Keeping her head in the game 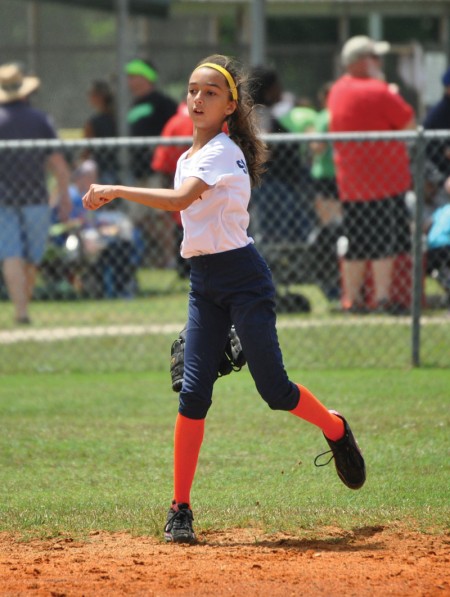 Raina Siahatgar, a sixth grader at Trafton Academy, has loved softball since she was only 2 years old.

My favorite thing to do is play softball because I love to play the game and be with my friends. Some people have different ways of hitting or throwing the softball. For example, I am left-handed, so I throw and hit with my left hand.

I became fond of softball when I was only 2! My parents first knew I wanted to play when I grabbed my sister’s bat, threw the ball in the air and swung. But I missed. Come on – I was only 2 at the time. But my dad was proud even though I missed. I was in “Pixie” (5-6 year olds) when I started playing in a league.

I never wanted to get hit by the ball or by someone’s bat. But eventually you knew it would happen. So there I was, standing at the plate in 10U. Was I scared? Of course I was! Did I want to crush the ball as hard as I could into the outfield? You bet I did.

First, I stole second; then I stole third, but the left fielder got the ball and pegged it to third to get me out. But the third baseman missed and it went straight into my back. That day was probably the worst day of my life. First I got hit at home plate then at third base. What could be worse? You know what would be worse to me: quitting. I do not quit softball.

My dream is to be a college softball player. So I didn’t quit, and instead, I got onto a summer team, which is very hard to get into. My team went to our first tournament, and we got second place. I love to play softball, and I hope to play softball as long as I can.

11:00 am to 3:00 pm
Location:
Houston Center for Contemporary Craft