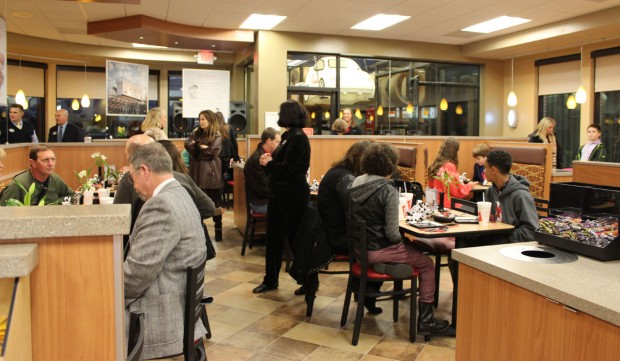 Many people from the Memorial area gathered at the new Chick-Fil-a on Dairy Ashford to celebrate the grand opening of the store. (Photo: Taylor Brittain)

On Thursday, Feb. 26, Chick-fil-a opened its doors on Dairy Ashford, directly across from Stratford’s south parking lot. But not before they hosted handpicked community members for a VIP Premier Night, on Tuesday, Feb. 24.

Stratford’s School Buzz team (myself, Taylor Brittain and Cameron Henkel) was invited to the events, and was treated to a tour of the kitchen, a tasting of the menu, and special prizes. A host or hostess seated attendees upon their arrival, and waiters took drink orders and offered select menu items to the guests, culminating in a not-so-typical fast food experience. 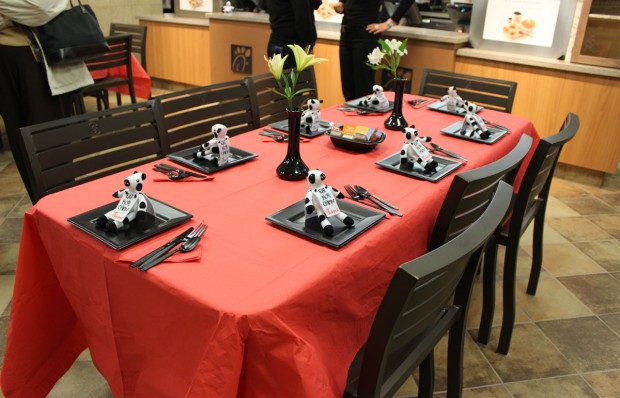 The event for Chick-Fil-a included testing the menu, touring the entire store, and celebrating with the new staff of the restaurant. (Photo: Taylor Brittain)

At the end of the night, after stuffing guests with course after course of fresh and delicious chicken, Chick-fil-a gave everyone 10 coupons for either a free sandwich or breakfast sandwich, and declared the guests “Global Ambassadors of Chick-fil-a.”

At the event, we were able to talk to the owner, Greg Kubala, and community relations marketing director, Jessica Peroyea, who were both excited to be so close to Stratford. They look forward to working with Stratford in the future, and have even agreed to help sponsor Stratford’s second annual The Big Day. 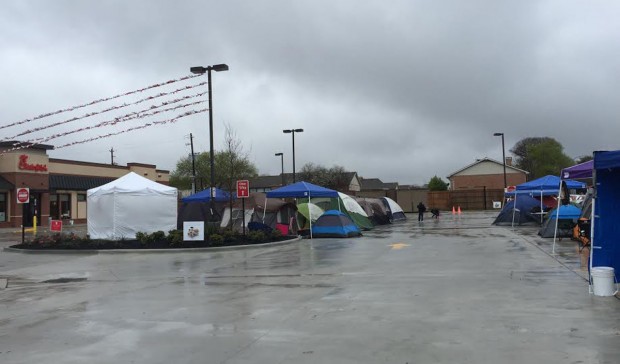 Before the official opening of the Dairy Ashford Chick-Fil-a store, many camped out in tents in the parking lot to be the first 100 in the store. (Photo: Taylor Brittain)

The morning after the Premier Night, the Chick-fil-a parking lot was filled with tents, as people waited for hours to receive coupons for 52 free meals from Chick-fil-a, which were given to 100 people who were camped out.

The restaurant opened at 6 a.m. on Thursday, and was packed all day. After school, dozens of students flocked, by car and by foot, to get their first meals from their future favorite fast food stop.

Today, students are still flocking to the restaurant, Chick-fil-a bags and cups can be seen all over school, and things show little sign of slowing down.