Making the most of senior year 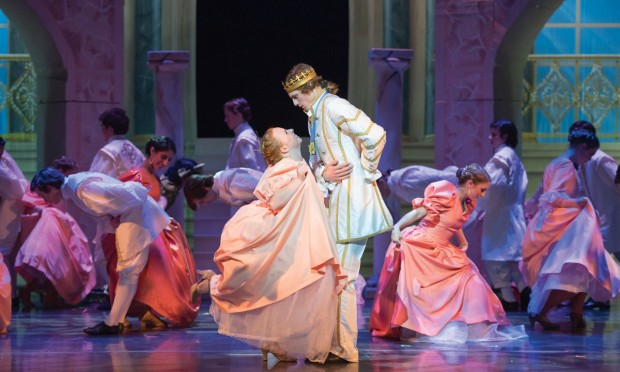 During my junior year, I decided that I wanted to spend my senior year being more involved in my school community while spending time with my friends. The best way, I decided, was to channel my inner comedienne was through the Upper School musical, Cinderella, at my school.

This spring, more than 50 Second Baptist students performed to four sold-out audiences in Zilkha Hall at the Hobby Center. Under the direction of Cindy Blades and Claire Westmoreland, rehearsals began in October and continued right up until the performance weekend.

A month later, the Tommy Tune Award nominations were announced. The Tommy Tune Awards are produced by Theatre Under the Stars as a way to recognize musical productions put on by high schools. The production of Cinderella was honored to receive eight nominations, including Best Musical. Being part of the nominees for Best Musical allowed us to perform on stage at the awards ceremony on April 21. It was such an exciting night!

My role in Cinderella was Grandma/Girl who Dances with Prince. My favorite part of this once-in-a-lifetime experience was being with my friends during the five months of rehearsals.

This experience has taught me many things, but I think the most important lesson I learned was that everyone has an imperative role in an ensemble. I would like to thank Second Baptist School, directors Cindy Blades and Claire Westmoreland, the moms who helped with this production and my fellow cast mates, along with crew members who helped me to do my best at every performance!

Even though I won’t be pursuing acting at Ole Miss next fall, I will always have the memories of being in Cinderella and having this experience.