School time for little ones 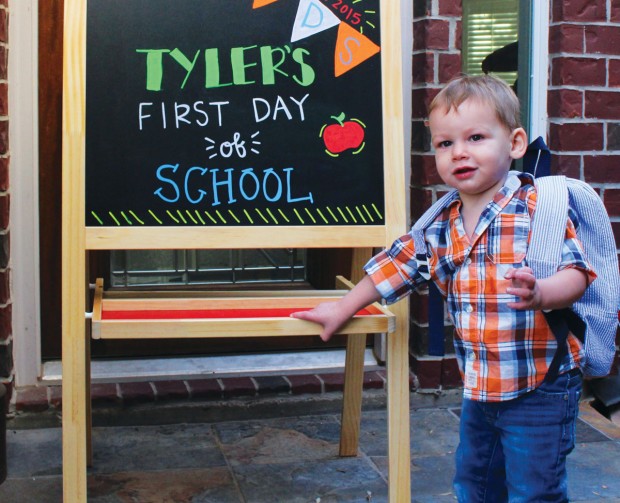 Liz Rubinsky dropped her son Tyler, 1, off at his first day of Mother’s Day Out this year at Beth Yeshurun Day School. Liz says she waited until she got in her car to get emotional about his first day.

On a chilly December day, Molly Russell Evans wore all black in mourning. As she drove to work, tears streamed down her face.

She wasn’t mourning a loved one’s death. She was mourning the end of her maternity leave and the start of her then-13-week-old daughter McGregor’s first day of “school.”

It was something she never wanted to have to do, but there she was, dropping her baby off at Memorial Lutheran School. “I thought for sure she was going to die of starvation because I was not there to nurse her,” said Molly. “I was heartbroken someone else got to spend more time with my baby girl than I did.”

A lot of parents, like Molly, who works at a title company, and her husband Drew, a real estate agent, begin the school routine at a very early age.

Despite tears, Molly survived the first day. “I worked, pumped, drove to her school at lunch to nurse, pumped, and then it was 5:30,” she said.

After several weeks, Molly says she began to embrace the new routine of full-time daycare, and so did her daughter. “Now that she is almost 2, she runs into her classroom screaming with excitement. I am happy to drop her off.”

Molly also has enjoyed making friends with her classmates’ moms. “[Another mom] and I text every day about what our children are wearing because it’s so important when you aren’t even 2,” Molly said, laughing. “It’s ridiculous. The more monogrammed and smocked outfits and bubbles the better.”

In addition to full-time daycare, a lot of schools offer a Mother’s (Parent’s) Day Out program. The child can attend for one day or a couple of days a week without the commitment of full-time daycare.

Stay-at-home mom Liz Rubinsky and her husband Scott, an attorney, signed their son Tyler up for the Mother’s Day Out program at Beth Yeshurun Day School. He had his first day in January.

Liz says Tyler’s first day was an emotional experience for her, which ended on a high note. “I seriously fought back tears the whole way to school,” said Liz. “Walking in, I swear you would have thought I was dropping him off at sleep-away camp. [Beth Yeshurun] encourages parents to make the goodbyes quick and easy, so I put Tyler down and waved “bye-bye” and then walked out of the school and went to my car and cried.”

She then says she drove around the corner to Starbucks to meet up with some of the other moms and ease their nerves over a cup of coffee. “Fifteen minutes later, after sitting and talking, we all received texts from the school with pictures of our kids playing and enjoying school.”

“Make sure that enrollment in the program will make mom’s day easier – not harder,” says Candice. She says to pick a school with a convenient location and good hours. “Make sure that the teachers and director have a philosophy of taking care of the children as they would their own children.” 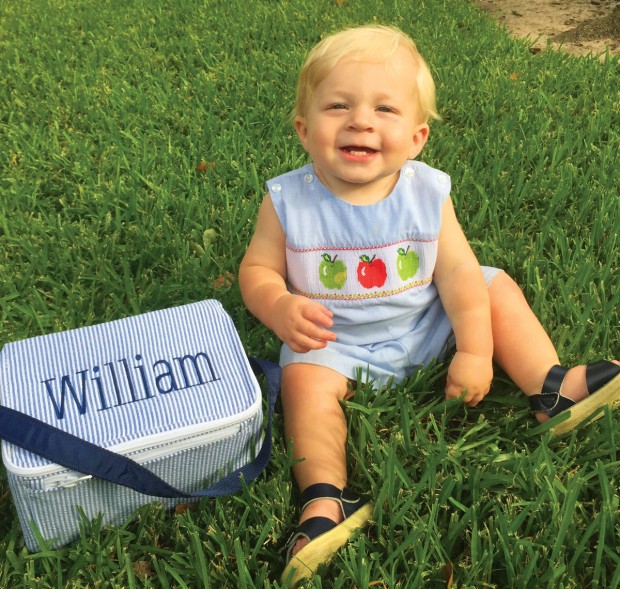 William Bridger, 1, will start Mother’s Day Out this fall at St. Martin’s Episcopal Preschool, where his mother, Diana, attended as a child.

Family tradition is also important, at least for Diana and Elliot Bridger, parents of 1-year-old William, who will start school at St. Martin’s Episcopal Preschool this fall.

“We are members of the church, and I grew up at their Mother’s Day Out and school programs,” said Diana.

The application fees for early childcare programs are typically non-refundable, yet space is limited, so it’s a toss-up for a lot of parents on how many schools to apply to. “We were fortunate to be accepted to our first-choice program,” Diana said. “I believe being members of the church and a legacy student helped.”

She says there are some questions she faces as she approaches the start of school. “I’ll have to change his schedule, like dropping the morning nap. How will he adjust to one nap a day? And on a nap mat, not a crib?”

So as parents prepare to drop their kids off at school this month, give thought to the ones doing it for the very first time.