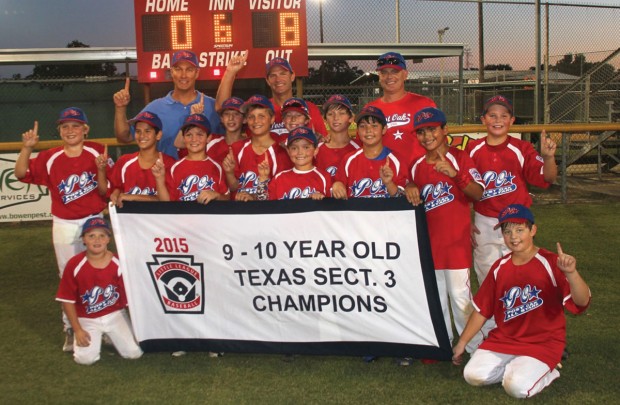 The Post Oak Little League (POLL) 10-year-old All Stars (pictured) placed second out of more than 200 Little League teams in the East Texas state tournament in Tyler. The boys practiced every day leading up to district play, where they beat Bellaire, Westbury, First Colony and West University and brought home the district banner. Next, they played in the sectional tournament and then advanced to the East Texas state tournament for the first time in Post Oak Little League history, for the 10-year-old division. After a tough initial loss, the boys came back to win the next two games. POLL lost the championship game, but players and parents are proud of their performance. Each boy committed to practicing every day for 57 days leading up to the tournament. The team included (top row, from left) coaches Eric Anderson, Blake Benton and Chris Spears and players (second row, from left) Anthony Barzilla, Harrison Lawrence, Wells Anderson, (third row, from left) William Crawmer, Zidane Allan, Brooks Benton, John Dearing, Gardner Watson, Dylan Le, Elijah Marrero, Alex Jinnette, (bottom row, from left) Ethan Spears and Pierce Frisco.