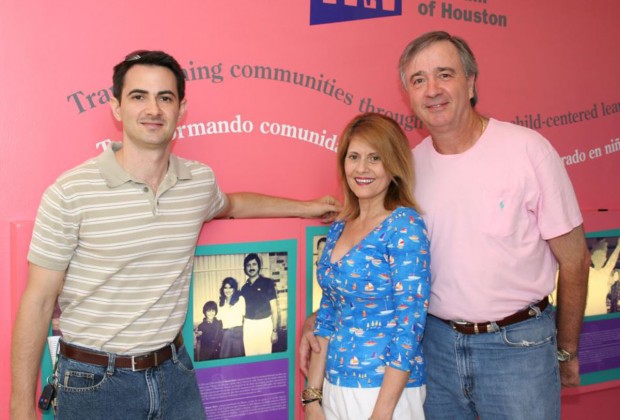 Here is our family in 2007, in front of the Children’s Museum of Houston.

Editor’s note: Here at The Buzz, we think of Sharon Brier as the savvy, up-for-fun, in-the-know gossip columnist who has long written the popular Rumor Has It columns in two of our magazines, The Memorial Buzz and The Tanglewood/River Oaks Buzz.

But decades ago, she was just as tuned in to the action and movers and shakers in town – and she used her powers of persuasion to help create an icon of childhood and parenthood in the Bayou City, the Children’s Museum of Houston.

Today, the Children’s Museum of Houston is celebrating its 35th birthday, and it’s thanks in large part to Sharon’s vision and energy. Today’s (Saturday’s) celebration at the museum, with a dance party, cake, singing and more, starts at 10 a.m. Admission is free to the first 35 children and to parents 35 years old. Click here for details.

If you want to hear more about how the Children’s Museum of Houston all began, tune in at 6:30 a.m. Sunday on Channel 2, when Sharon will up bright and early to tell the tale. Or, keep on reading here… 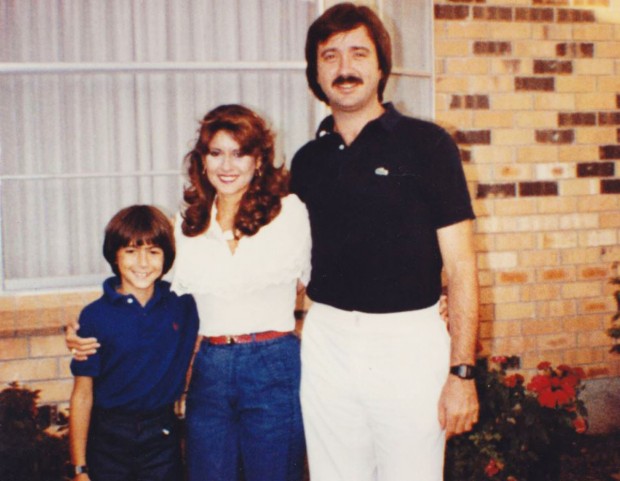 Here is 8-year-old Samson, Mike and I when we went to the inspirational Children’s Museum of Denver back in 1980.

When I visited the Children’s Museum of Denver in 1980 I did not at first realize just how inspired I was. I had been taking my 8-year-old son, Samson, to Houston's art and science museums, which had signs posted: "Do Not Touch." The Denver museum had signs that said, “Please Touch.” I was so moved that for three months it was all I could think about. My husband, Mike, said, "Let' go to city hall and see if anyone has registered the name." This was before computers and cell phones, folks.

“The Children’s Museum of Houston” name was available, and I would have to incorporate within 90 days to keep it. I went to the downtown library to research other children's museums in major cities and discovered there were 78 at the time. Now there are over 300.

I found out from a childhood friend, Scott Atlas, that Ellen Levitt, the wife of his college roommate, helped start the Los Angeles Children's Museum, so off I went to interview her. I also traveled to Washington D.C. and other children's museums before forming a board that included the superintendents of the HISD and Spring Branch school districts, the president of the Houston Pediatric Society and other child-oriented organizations. I held board meetings at Randall Davis' office. Gail Adler was the first person I asked to be on the board, another introduction from Scott Atlas. Mary and Marvy Finger held the first fundraiser for seed money at their Memorial home. We gave talks all over the city with a slide presentation put together by Mike Hovis. Dr. Alvin Jaffee, president of the Houston Pediatric Society, gained an introduction to the Fondren Foundation after an outreach exhibit downtown with Casa de Amigos sponsored by Texaco. I gave talks to the architecture department at Rice University, where the students created a hypothetical museum, led by professor Spencer Parsons, and to the marketing department at the University of Houston through professor Bill Robinson. Eventually, I served as museum president the first four years and remain on the advisory board now.

When I go to the playful, colorful Children’s Museum of Houston now and see all the little ones learning and having fun, hands-on, with nary a “Do Not Touch” sign in sight, I feel as inspired as I did in Denver way back then – and so grateful for all the caring people who helped bring this place to life 35 years ago.