Coloring: Not just for kids 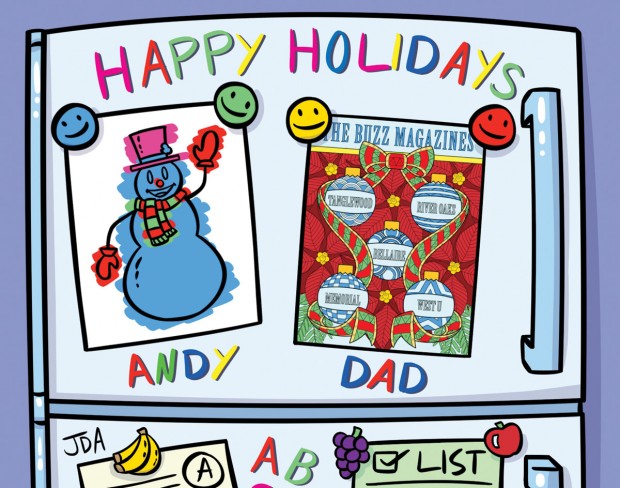 Typically coloring books were for children, but now adults have their own versions. (Photo: behance.net/runamokstudios)

You’ve seen the evidence all over town. Coloring books aren’t just for kids anymore. Gone are the days when the only coloring books to speak of boasted page after page of giant Disney princesses and Thomas and Friends trains, ready for little fingers wielding jumbo crayons.

Today’s coloring books are artful and intricate, printed on bright white paper worthy of the best pens, markers and colored pencils. The details are tiny enough to make most pre-kindergarteners turn a cold cheek. But grown-ups are another story. And the books are flying off shelves.

“The publishers can’t keep up,” says Carol Staley, owner of the toy store Tomfoolery, which stocks some 23 different coloring books. “For almost two months this summer, no one was shipping them. Some vendors even sold out of pencils.”

You can hardly walk into a store without glimpsing a coloring book or 10. From toy stores to craft stores to gift and clothing stores, they’re everywhere. There are books with intricate cities to color, mandalas, abstract designs, skulls and floral patterns. The Secret Garden: An Inky Treasure Hunt and Coloring Book was one of the first and remains one of the most ubiquitous – more than 2 million have been sold since it was published in 2013. My 12-year-old daughter is obsessed with this one and works on a section every night, alternating between using gel pens – metallic, florescent, puffy – and colored pencils.

So what’s the sudden appeal? Is it the chance to revert to childhood without having to follow the lead of actual children (as in letting them choose the picture to color – likely Disney or Thomas – and then mustering your best, “Great work!” while secretly and compulsively cringing at how little of the color really stays inside the lines)? Is it meditative and therefore stress-relieving? Is it just an act of unplugging from technology for a while?

“Think about it,” Carol says. “With all the technology, we’re exhausted. How many emails do you get? Even when we go to read a book, we’re staring at a screen. Coloring is just an old-fashioned way to release stress.”

Carol also chalks the popularity up to nostalgia: “Some of our happiest times growing up were spent laying on our bellies coloring with cousins or a sister.

“Recently my two teenage girls [Evelyn, 17, and Julia, 14] came home early for some reason on a Saturday night. I was in bed coloring, and they joined me. We all colored together until midnight!”

A dear friend who was ill kept a giant rotating stand of rainbow-colored gel pens and The Secret Garden coloring book next to her bed. The activity made her and her family happy – recently her husband framed some of her work for himself and their children.

“I bought one of my good friends an adult coloring book, and she loves it,” says Mariana Pope, director of compliance at Texas Children’s Hospital. “Her house flooded during the storm, and she’s a busy working mom of three young kids. The coloring book provided some much-needed stress relief!”

In the early part of the 20th century, the psychologist Carl Jung posited that being creative is a vital part of life at any age – not just when we’re young. The theory is that by creating, whether that means writing, folding paper into origami or coloring, we focus meditatively, freeing our minds up and opening our unconscious.

Elissa Davis, director of retail sales and customer service at The Jung Center, says, “We’ve been on this coloring trend at The Jung Center since the beginning – it’s just an extension of what we’ve been doing for years. We’re glad everyone is catching up!”

Elissa thinks the trend’s newfound popularity is “tied into a surge of ‘regular’ people meditating and understanding more about stress. These aren’t professional artists. They’re not coloring for a living, but they understand the value and see it as stress-relieving.” Which is part of the appeal: Coloring in books is about the process, not the product. There’s no pressure to create something beautiful. Rather, the pleasure – and the benefit – is in the creating.

That changes a bit when you consider the onslaught of smart phone apps touting tags like, “Coloring therapy now on your mobile!” and “Time flies by and problems fade away while you chill out and have fun.” The apps might be great for grocery lines and doctors’ waiting rooms, but something does get lost when, with one tap, users can color all the leaves on a tree green. And then post that tree to Facebook or Instagram. So much for unplugging.

We have a gift for you this month. This coloring page was custom designed by Back Porch illustrator James Arturo. Enjoy coloring, and have a stress-free holiday!