Stand Up at Second City: Emery Grad Takes the Stage 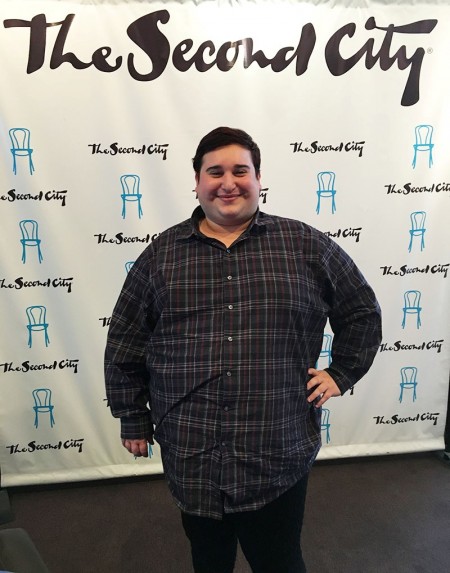 Brian Karpas, an Emery/Weiner alum and aspiring stand-up comedian, recently started the comedic studies program at The Second City in collaboration with Columbia College of Chicago. The Second City has produced many renowned comedians.

“Who makes you laugh?” That was an essay question for Brian Karpas, a student at Columbia College of Chicago, as part of his application to The Second City Comedy Studies Program. It was an easy answer for him: His comedic idol, Joan Rivers, a The Second City alum.

Last week, he started this program at The Second City, which was created a few years ago. Along with Joan Rivers, The Second City has produced comedians such as Amy Sedaris, John Belushi, Gilda Radner, Chris Farley, Amy Poehler, Tina Fey and many others. So starting this program, a collaboration between Columbia College Chicago and The Second City, is a dream come true for Brian, an aspiring stand-up comedian.

Making people laugh has always been one of Brian’s strengths, he said. During his time at The Emery/Weiner School, he was active in their theater program and knew he craved an unconventional college choice.

“When you’re ‘the fat kid,’ you’ve either got to learn to be fat and tough, or tough and funny. Or you could just be sad and let everyone pick on you,” he quipped. “I learned to be funny.”

He said he’s always loved old TV shows and movies, so when his dad handed him a box of old Saturday Night Live episodes that someone had gifted him, Brian instantly fell in love. His two idols growing up were Marilyn Monroe and Lucille Ball. Watching I Love Lucy episodes led him to finding out about Charlie Chaplain and learning more about the history of comedy and other comedic greats.

Part of the requirements of the major is taking a full semester at The Second City, “so it’s kind of like my semester abroad,” said Brian, “but it’s only a 10-minute walk from my apartment.”

He’s joining 34 students from all over the country as part of this program, in which they’ll work to create sketches, all of which will make up a showcase at the end of the semester.

His parents, Leslie and Hedley Karpas, are excited and supportive about what he’s doing, Brian said. “I’m very lucky.”

“Plus, they give me a lot of good material, especially my mom,” he said, describing her as 5 foot 1 with blonde hair, long nails, and who often uses funny, made-up expressions such as “twatever.”

“They’ve always let me be me,” he said, “If I wanted to play with a Barbie doll, they didn’t care. They’re proud of what I’m doing.”

His “reachable” dream is to make a living as a standup comedian, he said. “If I can do that, I’ll be happy for the rest of my life.” And beyond that, his “big big” dream, he said, is “to be the first openly gay man hosting late-night television.”

To other students out there with similar dreams of building a career in the performing arts, Brian encourages them to go for it. “If performing is what you want, do it and do it at full force,” he said.

He advises anyone who strives to excel in a field to understand its history. For him, it was learning comedic history, knowing who inspired the modern comedians – for instance, knowing who Charlie Chaplain and Lenny Bruce were – but he says this notion applies to anyone in any field.

Congratulations to Brian on the opportunity to perform with The Second City. We know you can achieve your goals - your reachable ones and your “big big” dreams, too. We’re rooting for you!