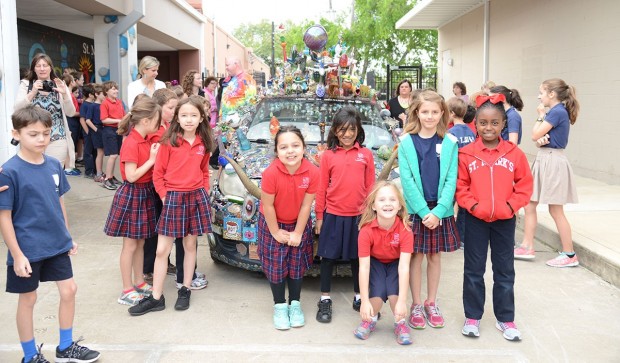 Houston is gearing up for the annual Art Car Parade this weekend, in which creative, fun works of art roll down the street in a much-anticipated parade.

Last week, St. Mark’s Episcopal School held its first Mini Art Cart Parade in which elementary and middle school students designed and created their own mini art cars, which were then paraded and showcased. 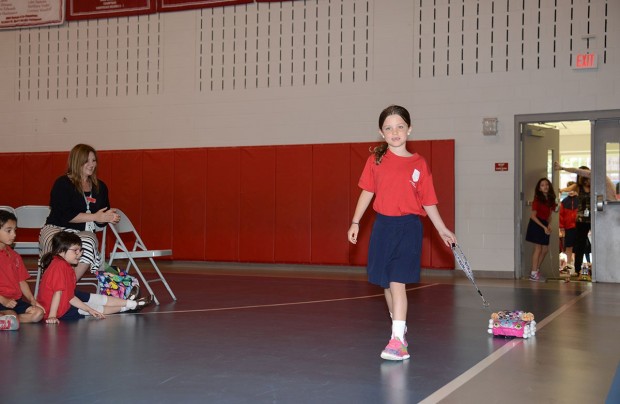 The students were inspired by local author Cathey Nickell’s book Arthur Zarr’s Amazing Art Car, which she presented to them earlier this year. It was even more special that Cathey shared her art car story with the students, as two of her nieces – Lily Pearce, a sixth grader, and Meghan Pearce, a first grader, are STMES students. 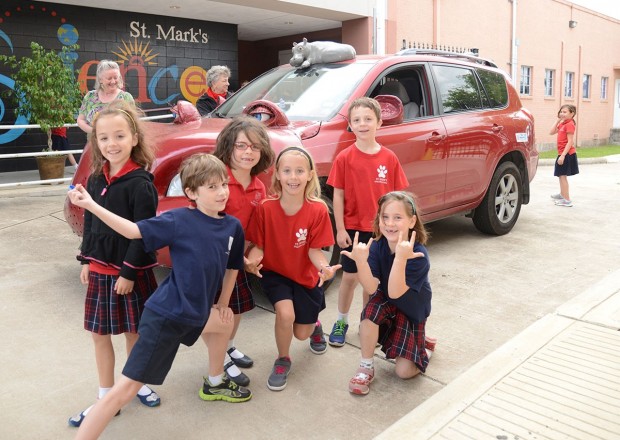 Students have been working on their art car designs this spring, led by librarian Laurie Mitchell. The kids were encouraged to use their imaginations on their car designs – the only rule is that their cars had to have wheels of some sort. During the parade, “Arthur Zarr” illustrator Bill Megenhardt announced the students’ cars as they rolled by. After the mini parade, the students were delighted to admire several real art cars, which will be driving in the Art Car Parade this weekend.

Arthur Zarr’s Amazing Art Car can be found on Amazon or locally at Brazos Bookstore, Bering’s, Blue Willow Bookshop, Contemporary Arts Museum, The Beer Can House and The Jung Center.