A mother’s legacy, in writing 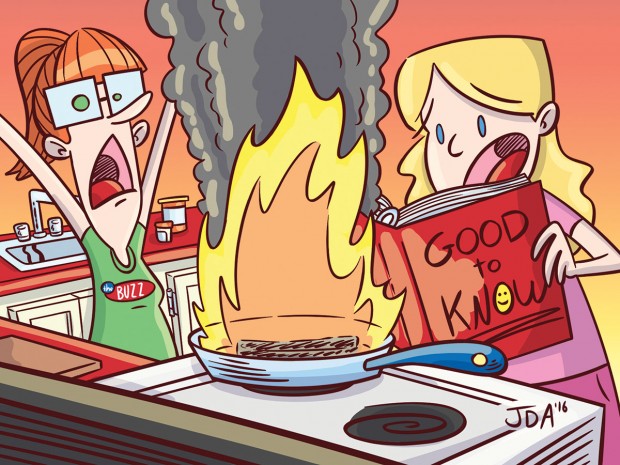 It's not easy to impart all the knowledge we want to give our children. Shelby Nielsen got organized and started a "Good to Know" book of life lessons she wants her children to know when they leave home. (Illustration: behance.net/runamokstudios)

When Shelby Nielsen left home for college, she had no idea how to do laundry. Or cook. Or, for that matter, boil water.

“I didn’t have to know how to do any of that,” she says. “My first week or so [at A&M], my roommate and I lived off instant mashed potatoes because we figured out how to boil water and add flakes. But I soon set my stove on fire, because if you add butter to the water and it boils over because you’re watching Knots Landing, you start a fire.”

And that’s how Shelby’s idea to make a “Good to Know” book for her children began.

“The idea really came from my mother. When we went off to college, she gave us [Shelby and her sister, Ashley Pratka] a binder that was a cookbook.” The store-bought binder, called Where’s Mom Now That I Need Her? Surviving Away from Home, contained information written by the author on nutrition, grocery shopping, recipes, laundry, first aid, what to do when you’re sick and car and bicycle maintenance. At the end of each chapter were lined pages for handwritten additions.

“My mom added family favorites to pre-written recipes in this book,” Shelby says. “In the very back of the binder there were common sense things like how to get stains out.

“But I wanted my kids to really know about these things. I wanted them to have some of these skills down as second nature when I send them off into this big world.”

Shelby’s children still have a little time to learn: Rachel, who was born on Mother’s Day, turns 14 this month; Caroline is 10; and Zach is 8.

“With technology, it’s all so easy,” Shelby says. “All you have to do is Google. But sometimes you don’t have time to even do that.”

Like when the water in the toilet began to rise. Instead of frantically finding a plunger, Shelby’s response was to yell, “Hey everybody! Gather ‘round!” Her kids were shocked. “They were all like, ‘What are you doing? It’s going to overflow!’ But I wanted everyone to see it. I turned off the water right as it was about to overflow to show them that you can turn the water off and stop something from happening. And then we plunged.

“Now they know how to plunge a toilet.”

Not only that, it’s all documented in Shelby’s “Good to Know” binder. Divided into sections, the three-ring notebook is full of tips and ideas under four headings: “Things About the House;” “What to Do If...;” “Things to Aspire To” and “Things to Inspire.”

On one page, Shelby simply instructs her children to keep wooden utensils out of the dishwasher to prevent warping. But it’s more than simple kitchen rules. “Some of the spoons we use every day belonged to your great-grandmother,” Shelby’s note reads. “She was an amazing cook. Cherish the tools she used and take care of them.”

Other ideas for the house include everything from how to cut green onions (“with scissors, safer and easier than a knife”) to cleaning out the lint filter in the dryer (“if your clothes or towels are taking forever to dry, it may need to be cleaned out”) to using daylight savings days as reminders to change smoke alarm batteries (“take the time to buy enough batteries for all of the alarms in the house and go ahead and replace them with new batteries … you only have to listen to that blasted chirping once”). There are first aid tips, advice on what to do when an earring falls down the faucet, and examples of a well-written thank-you note (along with an example of one that was “still sweet” but didn’t quite hit all the bases).

There are favorite prayers: “A good prayer is nice to have on hand. Here are a few of my favorites,” Shelby writes, in her own handwriting. She includes a photocopy of “A Prayer for a Married Couple” that her grandfather carried in his wallet “his whole married life. It was folded and tattered.”

Add to that notes on coping with flat chests, bushy eyebrows and feeling small. It’s a mix of common sense and “deeper life lessons,” all told on scraps of paper, some typed, some handwritten, some taken from other sources. All imbued with family history and Shelby’s best hopes for her children.

Sort of like a Mother’s Day gift in the form of a frayed, no-frills, homemade book that spans generations. 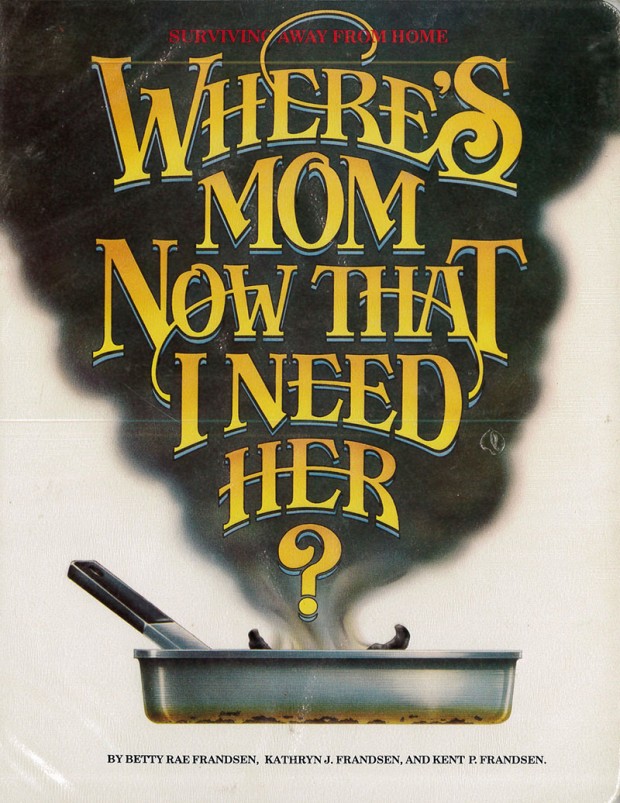 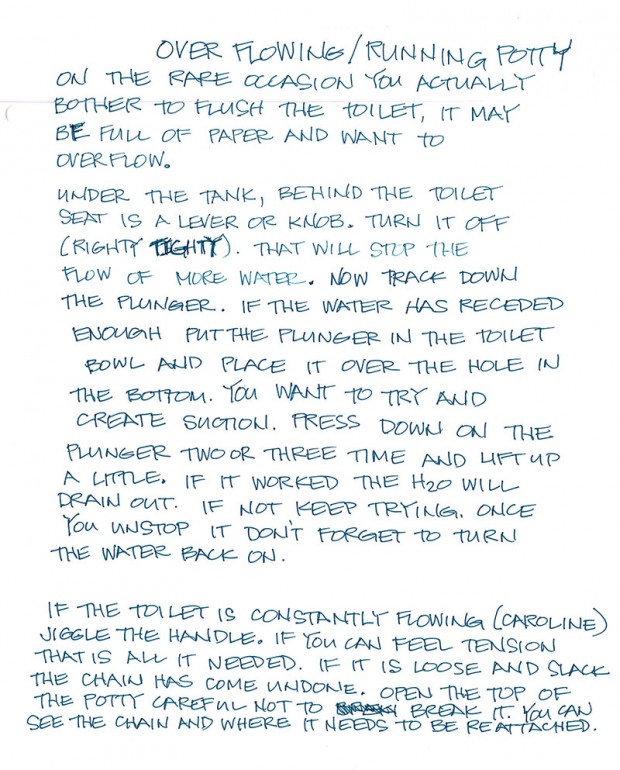 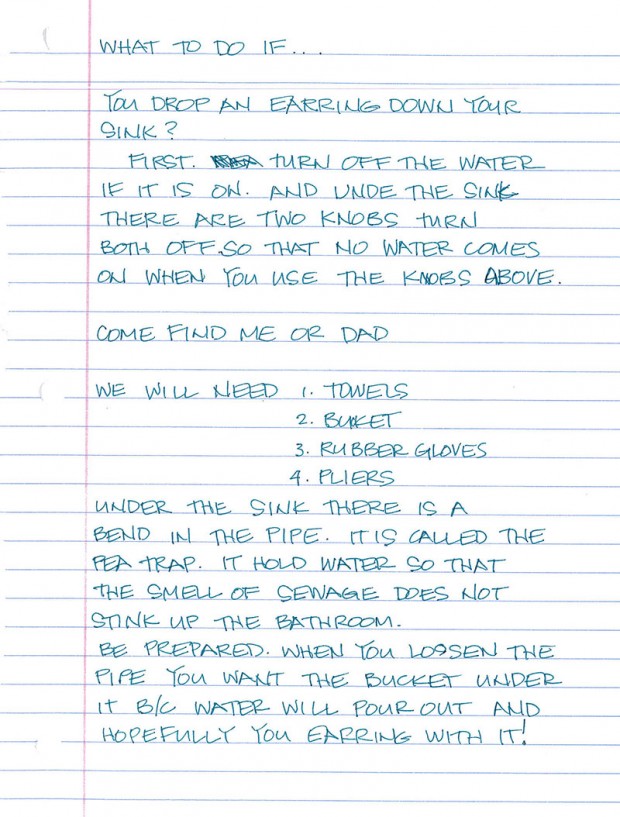 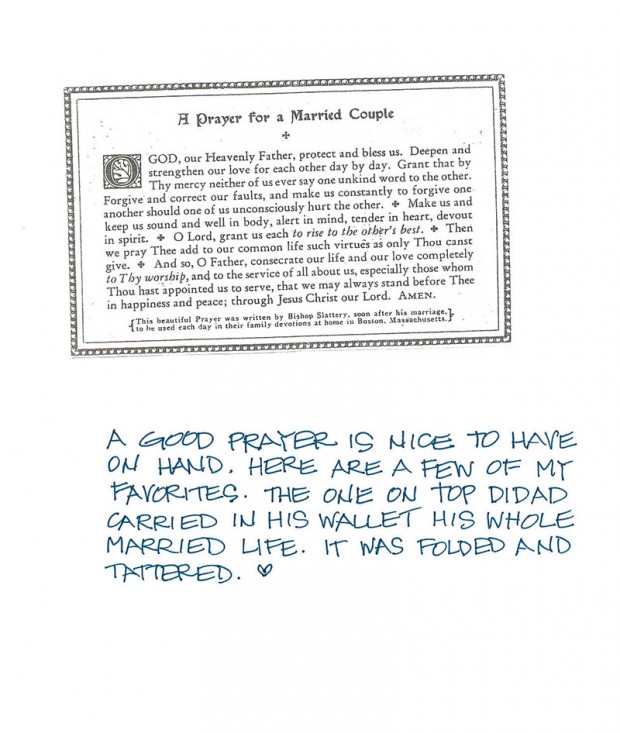