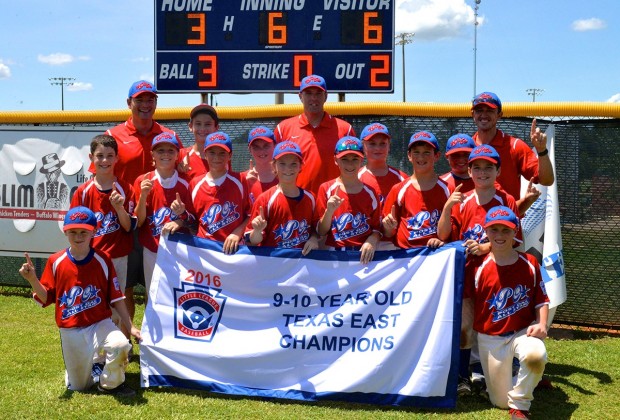 Throughout the summer, the Post Oak Little League 10U All Stars have been working hard. Along the way, the team enjoyed a warm-up tournament at First Colony, won the Texas East District 16 and Section 3 Championships and, most importantly, demonstrated good teamwork and sportsmanship, according to team manager David Rook.

Ultimately, the team pulled through with an 18-1 record and recently won the Texas East State Championship in Tyler for the first time. Previously, the 11 year old team won the state championship in 2008.

Rook said that on the field, he used practice time to build team chemistry. Off the field, the team enjoyed many parties complete with swimming, dinner and movies. Through these opportunities, Rook explained that, “The boys had one another’s back and really supported each other throughout the summer.” 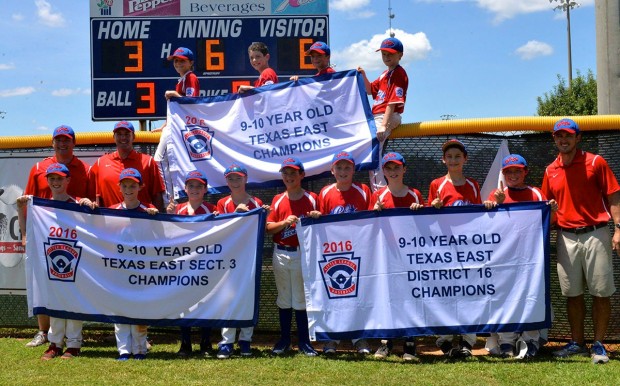 “We didn’t have one kid ever point a finger at another kid about playing time, making an error or struggling – it was constant supporting teammates and putting arms around a teammate that made an error or had a poor at-bat,” Rook said

Win or lose, the coaches felt that the team’s hard work and dedication was the most important part of this experience. The team coaches and managers have jobs outside of coaching baseball, but seeing the continued work that the players put in and the results being good baseball and victories makes the commitment all worth it.