Emery Football is Back at It 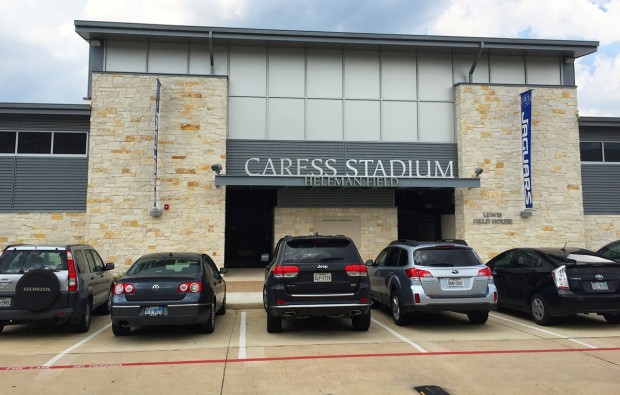 It appears Emery football is back at it once again. The defending division one state champion Emery Jaguars took their (1-1) record into Austin, Texas, this past weekend to take on the defending division two state champions, the Veritas Defenders. The Defenders were coming off of a 58-8 defeat against Calvert High School, while the Jaguars headed into Austin with some confidence after coming off of a dominant 46-0 shutout victory over Chester High School.

Emery versus Veritas was designated by TAPPS to be the Six-Man Football Game of the Week, and what a game it was. The Jaguar Senior quarterback David Kleban led the Jaguars down the field on 12 separate occasions. Kleban connected with senior wide receiver Jake Plantowsky multiple times in the end zone. Seniors Grant Schneider and Brandon Gomel were large contributors to the Jaguar ground game, which tallied over 100 yards.

Though the Jaguar defense struggled in the fourth quarter, they were still able to put on an impressive showing. Emery’s defense, led by senior Lewis Graubart and junior Ciro Savarese, kept the Defender offense scoreless throughout the third quarter. Sophomore Ethan Williams stepped up for the Jaguars filling in for star safety Michael Ran, who missed Saturday’s game due to a minor injury.

The Emery Jaguars came out on top 78-64 in a game between two defending state champions. The Jaguars move to (2-1) on the year and are looking forward to Homecoming next week. Emery will be taking on the (3-0) Alpha Omega Lions on Saturday, Sept. 17, at Caress Stadium. Last year, the Jaguars defeated Lions 50 to 28 on the road. It’s gearing up to be an exciting football showdown, so get out to Helfman Field at Caress Stadium early. Tailgating will begin promptly at 4 p.m. and kickoff is set for 5 p.m.