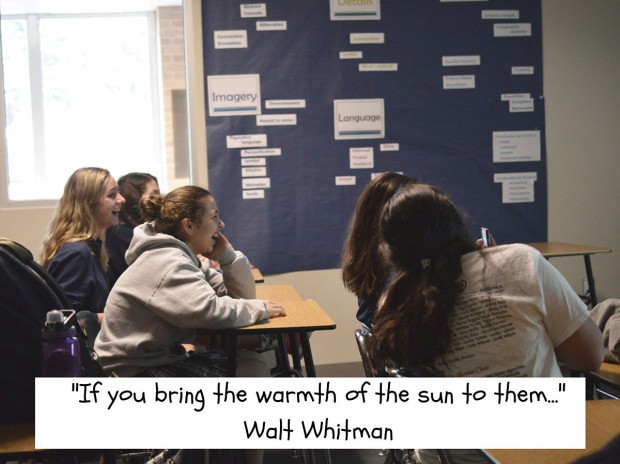 American Literature Class Period 5 meets Mondays, Tuesdays, Thursdays, and Fridays, right around lunchtime every English class, I stare at a poster of Martin Luther King, which has the quote “Darkness cannot drive out darkness, only light can do that. Hate cannot drive out hate, only love can do that.”

American literature class, period 5, is one of my favorite classes of the day. Our teacher, Dr. Crosthwait, calls us the “singing class.” There are only 10 people, yet we do tend to drive her a little nuts by our incessant music. These past few weeks, we have been working on video projects about Walt Whitman and Emily Dickinson. Each pair chooses one poem, either by Emily Dickinson or Walt Whitman, to write an analysis on and then make a video using paintings, drawings, photographs and music from the 19the century. However, there was one condition: this art had to have been something that either Emily Dickinson or Walt Whitman could have seen or heard when they were alive.

While the technology was sometimes tricky, and the wording of the poems sometimes hard to understand, we made it through! Below are a few pictures of my classmates and teacher with their favorite quotes from their poems! Also, I found out that I have the same birthday as Walt Whitman, and it might have been the most exciting thing to happen to me. 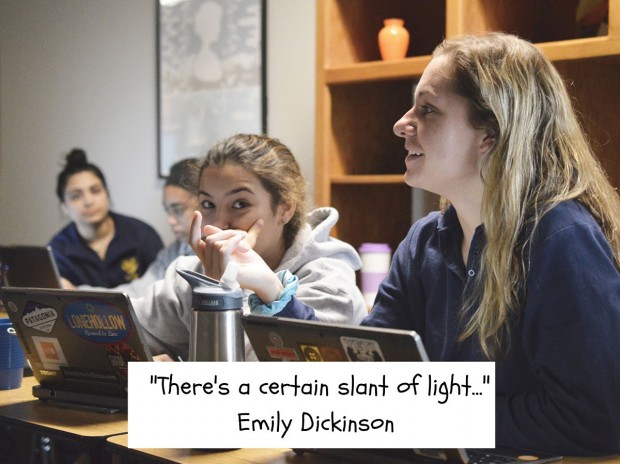 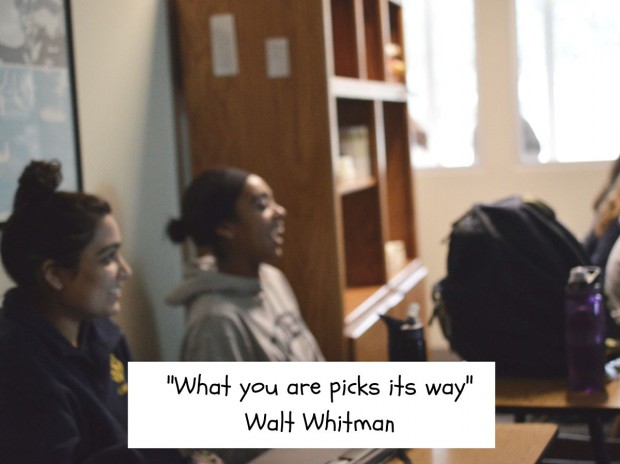 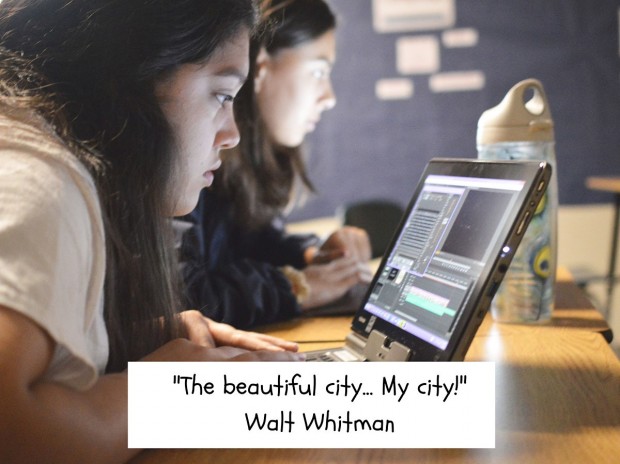 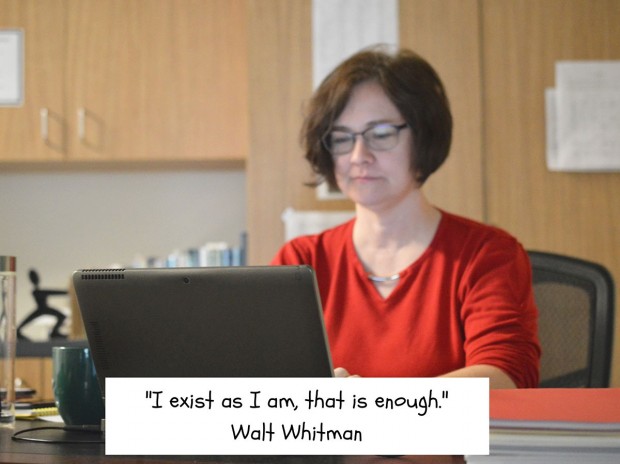 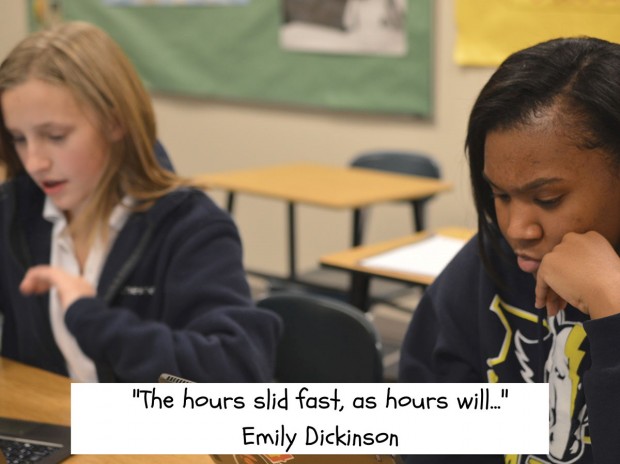