Friends of the Food Bank Club at Awty 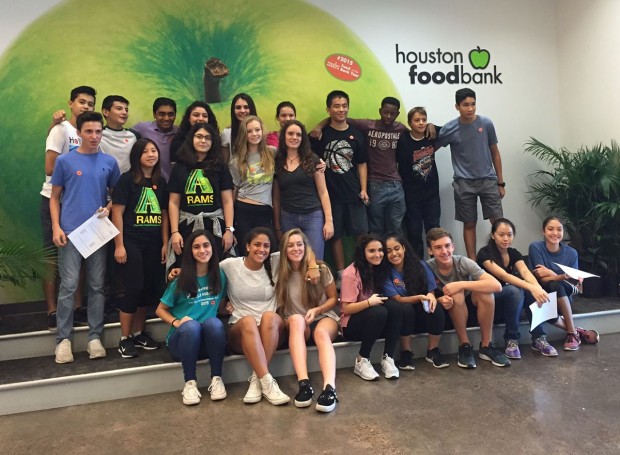 Awty has an enormous amount of extra-curricular opportunities, including a vast number of clubs. Awty has over 60 different clubs ranging from the E-sports club to the Red Cross club. Some of Awty’s clubs are partnered with charitable foundations, such as the UNICEF club, while others are more fun oriented, like the Film club. All of the clubs are unique and reflect the diversity of Awty itself including a number of clubs that center on a country, like the India club or the Russia club.

I have been fortunate enough to start my own club with a close friend, Ivan Mangal. We founded the Friends of the Food Bank Club, where we partnered with the Houston Food Bank and volunteer there periodically. Since its inception at the beginning of this year, we have become one of the most successful clubs at Awty. We have amassed over 35 dedicated members, which is no easy task. We have made four trips to the food bank to volunteer, and we were even invited to attend a pep rally at the Food Bank, which was attended by former NFL player JJ Moses. We have held two bake sales, in which we collected over $200 to donate to the Food Bank. We were also visited by an advocate of the Young Invincibles Foundation, who explained to us the importance of volunteer work and the path she took that led her to her foundation.

Our future plans are to continue to volunteer at the Food Bank, and raise money through bake sales. Recently we had an interesting proposal from an Awty lower school teacher to partner with one of her second grade classes, and create a buddy program with some of the kids in her class. Our job would be to teach the kids the importance of volunteer work and the impact it can make. We would also accompany them to the Food Bank and volunteer alongside them.

This is just one example of a student club at Awty that provides students with an opportunity to make a change in their community.