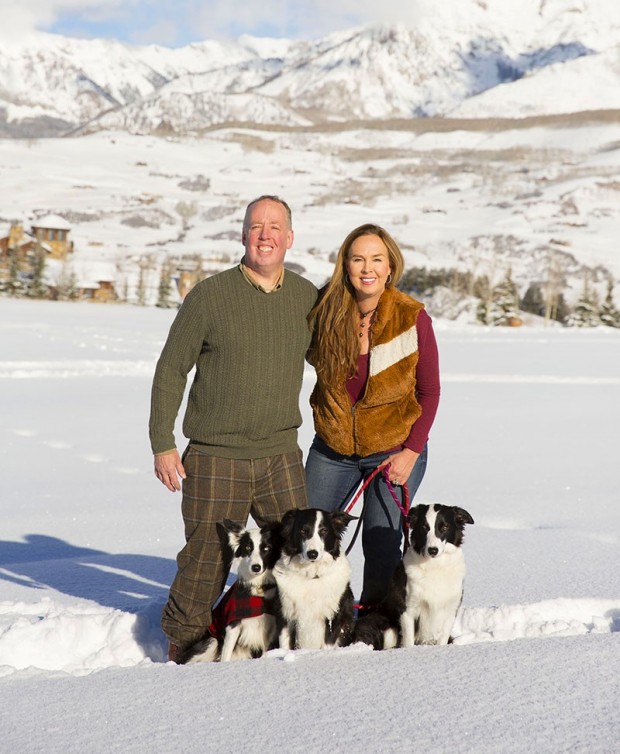 Julie and David Brown frequently take their three border collies and their schnauzer with them on the road to travel to Telluride. (Photo: brendacolwellphoto.com)

By road or by air, traveling with dogs can be a great adventure – but only with proper preparation. We asked the advice of veteran dog travelers in the Buzz readership area. Here’s what they shared — along with a pair of cautionary tales from their respective journeys home from Telluride.

Julie Brown has four dogs – three border collies and a schnauzer – but she doesn’t let it slow her down. She frequently loads them all in the car and heads off to the family’s second home in Telluride.

“Thankfully they are wonderful travelers,” she says. “We drive a lot with them so they’re used to getting into their zone. They sleep most of the time.”

That didn’t come about without a good bit of effort, however. One of the collies, Belle, used to be very noise-reactive and would make every trip into a trial – until Julie finally took her to a training camp.

Julie and David Brown frequently take their three border collies and their schnauzer with them to their second home in Telluride. Here's a snippet of their dogs playing in the snow.

Here are some of Julie’s tried and true techniques: 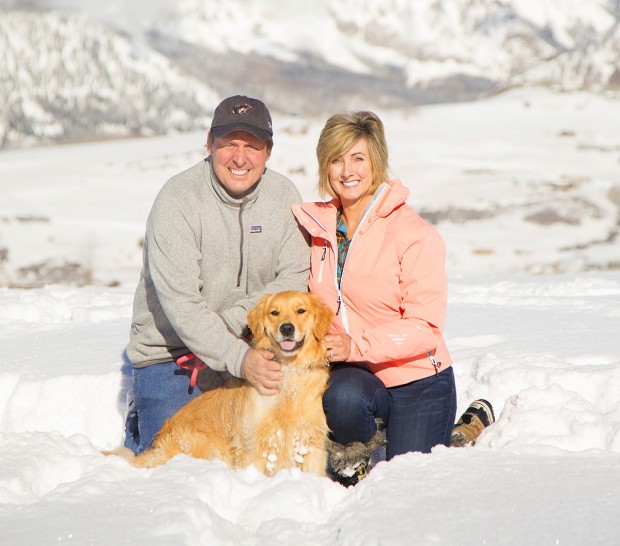 Tammy and Scott Smith took their golden retriever, Dixie, with them to Telluride in December. (Photo: lifecyclesstudio.com)

Postscript: After their harrowing drive home from Telluride, David and Julie are reassessing how to do it next winter. Their story:

“Going home, Lizard Head Pass was closed, didn't find out until we got to it (an avalanche covered the road about 30 minutes before); so we turned around and went towards Utah. Hit black ice, ended up in a ditch, able to get out on our own (after people pushed us out of the mud and David locked the front hubs into permanent 4WD), took 10 hours to get to Albuquerque. Next day we drove 30 mph forever, roads were terrible, cars off the road until Lubbock, arrived safely at the ranch 16 hours later.

“Moral of this story: If you take dogs, be flexible on leave dates. We were very lucky. The dogs were perfect the whole way, thank goodness for that!”

The first thing to figure out is whether your dog can fly with you in the cabin. As a rule of thumb, the pet must fit in a container under the seat in front of you or it will need to go in cargo. Some planes have a special pressurized, temperature-controlled area in cargo. You will need to check in advance on the particular flight you want to take and make a reservation for your dog, just as if it were a person. Prices vary by airline and depending on whether your dog flies with you or in cargo. American Airlines charges $125 for a dog in the cabin and $175 in cargo, at the time of publication.

Tammy and Scott Smith had to send Dixie, their golden retriever, via cargo to Telluride for the first time in December. 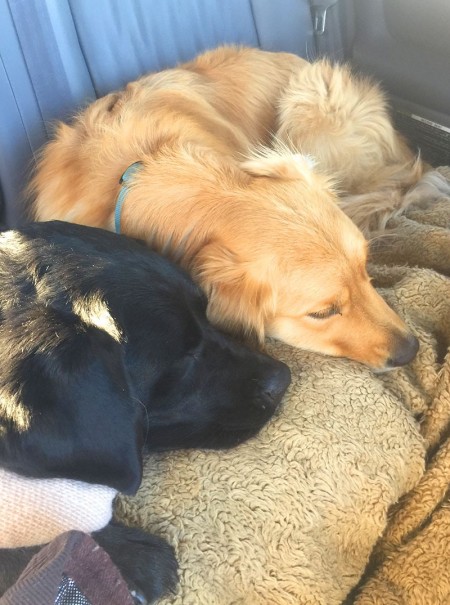 Dixie and Katie, Tammy Smith and Win Campbell's dogs, in the back seat on the 20-hour drive home.

A few things to know:

Postscript: Despite having booked her and her dog’s flights and despite doing everything right, Tammy’s return trip was as challenging as Julie’s. Her story: 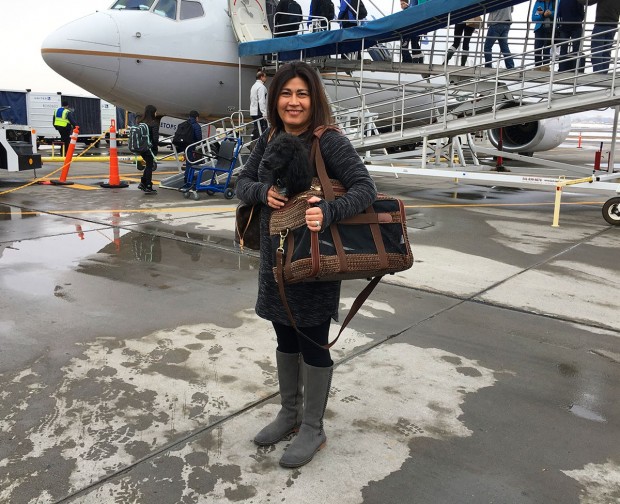 Suneeta Rangwani (pictured, with her miniature poodle Bacci, about to board their flight) had a successful trip to Telluride this winter with her husband Raj and kids Nikhil and Sabrina.

“I arrived at the Montrose Airport on Jan. 7 and the cargo loading system was down. That meant no dogs could be loaded on the flight. Just ridiculous. . . .After pleading and begging they could not seem to do any of this manually. The next day all the flights were booked and there was a storm on the way. There was no telling when we could get out of Telluride. UGH . . . the gate agent booked me on an Albuquerque flight (5 hours away) for the next day. Problem with that was it was a smaller plane and takes only one dog. And that meant I had to get a smaller kennel.  (And how do I do that on a Sunday?) Plus, since the cargo system was down, there was no way of knowing if the dog reservation was valid out of Albuquerque.

“SO . . . there was another man in the airport with a black lab. He had the same issue and both of us could not get on the plane. I was traveling with my mom and put her on the plane. This other gentleman with the dog put his wife on the plane. We looked at each other and knew we had no choice but to drive home.

“SO . . . the gentleman (and stranger to me) got into his car while I left mine at the airport and we started driving 20 hours home with two dogs.

“Needless to say we got to know each other very well. He was a really nice guy (thank goodness). His name was Win Campbell and is a longtime attorney in Houston and owns all the Beck's Prime Restaurants.

“We stopped in New Mexico at a La Quinta after midnight.  Started driving again the next morning and arrived in Houston on Sunday evening Jan. 8.

For a detailed discussion of issues related to air travel with pets, see your airline’s page on the subject and www.airsafe.com/issues/pets.htm.

Read more about these Buzz family’s adventures in their snow with their dogs in Texas Snow Dogs.