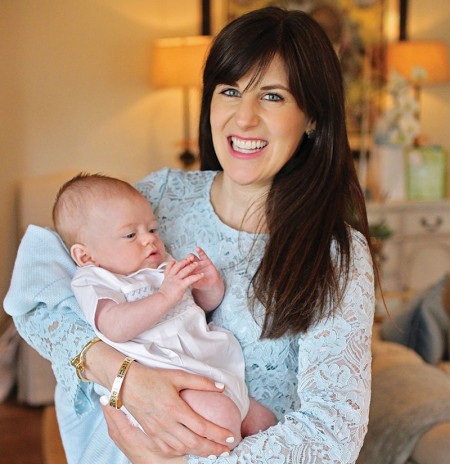 A MOTHER’S JOURNEY Lauren Mills (pictured) and her husband Scott had their son, Ford, in 2016 with the help of in vitro fertilization.

Buzz Baby is a column about life with little ones. Writer Annie McQueen has three children under the age of 3.

Lauren Mills, a petite accountant and blogger, sat in her doctor’s office chair. She whispered the same Bible verse she always did, I Samuel 1:27. “For this child I have prayed…,” she murmured, as the needle poked her arm.

“I can’t count the number of times I repeated this verse,” she says now. “It got me through every blood test and every shot.”

Lauren, with her landman-husband Scott, had been trying to get pregnant for three years when she learned that she had a blockage in her fallopian tubes.

With that news, their fertility journey began.

After four failed intrauterine insemination (IUI) procedures, which involves placing sperm inside a woman’s uterus for fertilization, the couple decided to start in vitro fertilization. In IVF, an egg is fertilized outside of the body and then implanted in the uterus.

Lauren had been referred by her regular ob-gyn to the doctors at Houston IVF. They began the two-month process. “I started with a cycle of birth-control pills. Then came the shots,” Lauren said. “It was a lot of pressure to make sure I mixed the vials appropriately and gave myself the correct dosage.” She gave herself one to three shots a day.

“Some couples have a ‘babymoon,’” said Lauren. “We [took] a post-IVF moon. We went to the Bahamas for a week as soon as it was safe to travel.”

They returned to some good news. “The nurse called a few hours after my lab work with the sweetest news that I was indeed pregnant,” said Lauren. They welcomed their son Ford in February 2016. 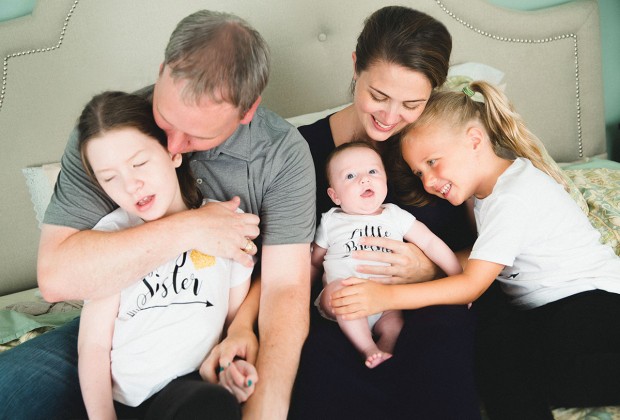 Graphics designer Cassie McClung and her civil-engineer husband Mike became first-time parents to their 9-year-old daughter, Avery, without any trouble. “In fact, she was a nice surprise,” said Cassie.

Avery arrived and everything seemed fine, but then, within an hour of her birth, she suffered a seizure. She was rushed to Children’s Memorial Hermann Hospital and had life-saving brain surgery within a week.

The couple would learn that Avery has a genetic disorder called tuberous sclerosis. They had no idea that Mike was a carrier of this rare condition. “I knew that if we had more children, with the genetic condition my daughter carries, that there was a 50/50 chance my other children would get it,” said Cassie.

Mike and Cassie opted to try preimplantation genetic screening, a process of IVF that would identify embryos without the gene disorder.

“Outside of infertility, it’s not uncommon that patients will go through IVF for screening of embryos for a specific genetic disorder as well as a chromosomal disorder,” said Dr. Katherine McKnight, a reproductive endocrinologist at Houston IVF. “There are families whose children are affected with disorders that are life altering, and some are caused by an extra or deleted chromosome, while others are simply a small missing piece of DNA. Both of these situations can actually be screened or identified through IVF, therefore significantly decreasing the risk of the couple having another child with the same disorder.”

After a successful round, Cassie got pregnant with their second daughter, Maddie, who is now 6. Years later, as she was going through IVF again for a possible third, Cassie recalled standing with Avery at an MRI appointment.

Her phone buzzed in her purse. It was her Houston IVF nurse. “She was calling to tell me that all of my embryos were affected by the condition,” said Cassie, through tears. At that moment, standing in a cold medical room, she said she wanted to give up.

She didn’t. After a short break, she started the entire process over. It worked. They welcomed their third child, Lee, in February 2017.

IVF doesn’t always work. Physician assistant Renee Clary, with her college sweetheart-husband Ryan, struggled to get pregnant. She had diminished ovarian reserve, a low number of and/or impaired development of eggs.

Renee and Ryan completed multiple rounds of IUI and IVF, only to hear heartbreaking news at the end of each round, either that it did not work, or that it resulted in a pregnancy that would not thrive.

Despite all of this, Renee said she knew she would be a mom one day. “After the third miscarriage, my husband and [our doctor] both sat me down and said, ‘We have got to take a different path,’” said Renee. “In my heart, I knew that.” The couple had already started researching adoption.

A short time after the decision to close their IVF chapter for good, Renee and Ryan opened a new one. They adopted their son Charlie, now 2, in 2015, and, recently, their daughter Kate Louise.

15 Ways You May Not Be Using Census Records Correctly: A Webinar Presentation by Caroline Pointer