ACL Recap and What to Expect at Music Festivals 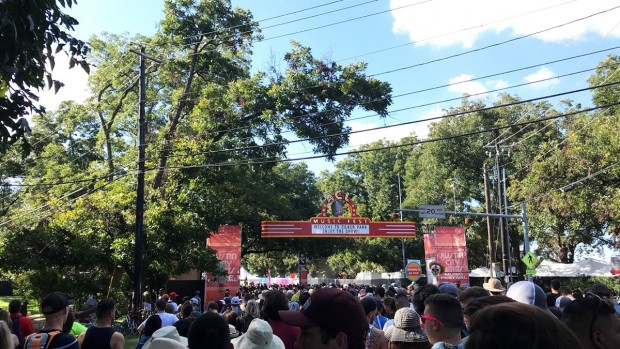 This past weekend marked Weekend One of Austin City Limits. If you don’t know, ACL is a two-weekend music festival that happens in Zilker Park in Austin. The headliners this year include Jay-Z, Red Hot Chili Peppers, The xx, Chance the Rapper, the Killers, and Gorillaz. Everyone who reads my blog regularly knows that I am a huge Red Hot Chili Peppers fan, so it was only reasonable that I make the three-hour drive to Austin to see my favorite band and experience my first ACL.

Of course, my favorite set of the festival was RHCP. They played a great show, including some older songs like “Right on Time” and “Zephyr Song,” but left out favorites “Scar Tissue” and “Under the Bridge.” Overall, a good show, though. The xx was most surprising for me in terms of putting on a good live performance. I wasn’t too familiar with the xx, but the lead singers showcased their talents by singing with nearly no backup music at times. Other great performances included Martin Garrix, who put on a cool EDM show and Ice Cube, whose set didn’t include much music but definitely got the crowd pumped before RHCP. 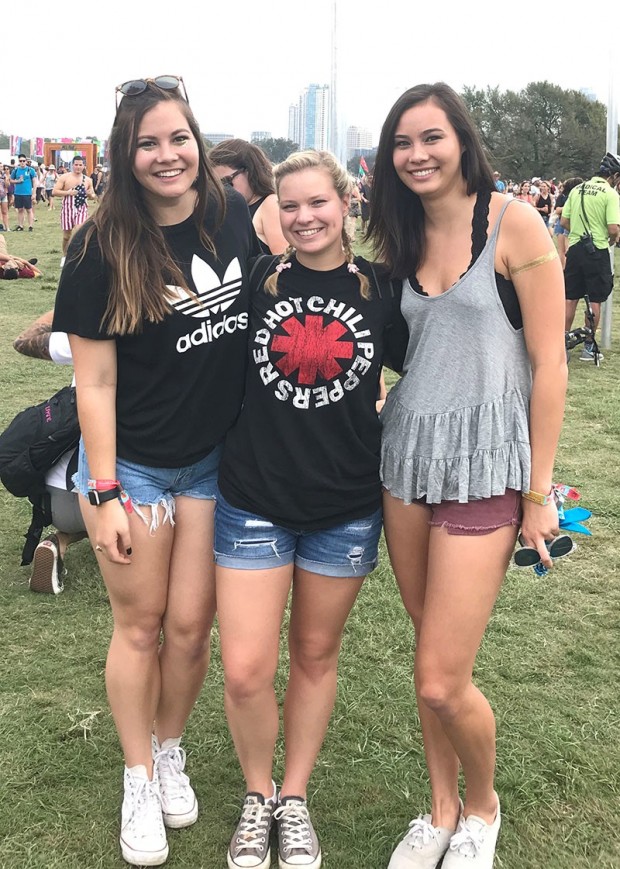 I’ve been to many music festivals before (did you read my Free Press recap?), but this was my first time at ACL. For the most part, it was exactly what I expected. The crowd was definitely on the younger side, and the “Keep Austin Weird” mentality was definitely prevalent in the outfits of the festival goers.

A must-bring to future festivals (or at least ACL) is a water bottle or Camelbak. You can’t bring in full water bottles to the festival unless they’re “factory sealed,” but your best bet is to bring a large, empty, reusable water bottle and fill it up at one of the free hydration stations as soon as you get there. Food is not allowed in, and food and drink at the festival is expensive, so try to eat lunch before you go (the gates open at 11 a.m.) and then only eat dinner or snack at the festival. The food was good, and consisted of many Austin favorites like Torchy’s Tacos and Amy’s Ice Creams, but the prices are jacked up for hungry festival goers. 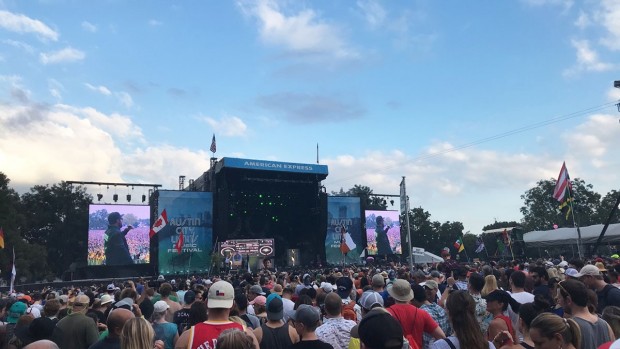 The Ice Cube show during the first weekend of ACL 2017.

Another obvious thing to bring is sunscreen. Music festivals, especially ACL which takes place in early October, can be really hot and tiring since you’re out in the sun for hours at a time. Wear a hat, bring sunglasses (I bought cheap ones from Target before I went), and put sunscreen on. I brought a small foldable backpack I purchased from Magellan about a year ago, and it was the perfect size to fit a few small items in. Also, don’t forget to bring a portable charger! Music festivals are known for their spotty service, which drains the battery from your phone. Don’t miss out on Snapchatting your favorite concert because you ran out of battery.

Overall, try to dress for comfort in old tennis shoes and fun t-shirts. It’s nice to look cute at a festival, but you will regret it if your outfit isn’t comfortable. If you want merchandise like a t-shirt from the festival, get it earlier rather than later before it sells out. If you’re going the second weekend of ACL, get your t-shirt Friday! Lots of people already bought theirs the previous weekend so supplies will be running low. If you’re going to the second weekend of ACL, enjoy!