Live Music in Houston This December 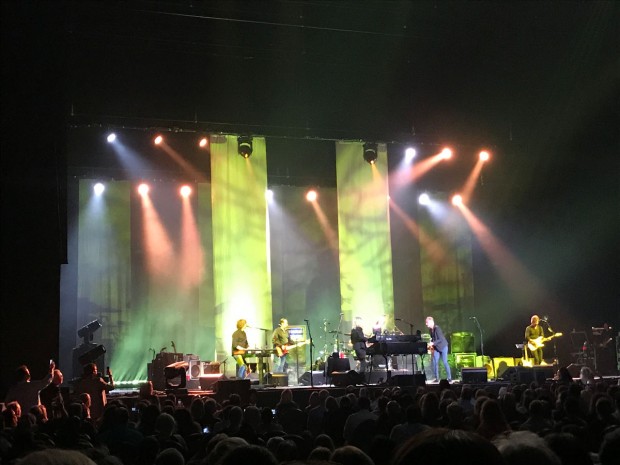 This view is from a recent concert featuring Lindsey Buckingham and Christine McVie.

Although it’s nearly impossible to be bored during the holiday season, if you need to break away from the constant shopping and decorating, there are some great shows happening in Houston this December. Gift your loved one with a ticket to one of these shows - a concert ticket is (in my opinion) one of the coolest gifts to give and receive!

At 11:30 a.m., the Houston Symphony, in conjunction with local high school singers, will be telling the story of the grinch who stole Christmas featuring many sing-along numbers.

Calling all the Monsters! Lady Gaga is back after battling an illness that caused her to cancel a few shows. Known for putting on one of the most fun live performances, this Super Bowl performer is back in Houston and will surely put on a special show.

Ian Moore is a singer-songwriter from Austin who originally played violin but then switched to guitar. Old Quarter is a great venue in Galveston that puts on great shows in an intimate setting.

The Neighbourhood is a California band known for its hit “Sweater Weather.”

Another at Old Quarter! Stay a few days in Galveston if you’re looking for two great shows in a row. I’ve seen Marina play (she opened for Joe Ely once at Old Quarter), and she is great. She has won Texas songwriting awards and is a stellar musician.

Tommy Emmanuel is an Australian guitarist known as one of the best acoustic guitarists in the world. He performed at the closing ceremony of the Sydney Summer Olympics in 2000, and is doing a special performance at UH this December.

The old Barbara Jordan Post Office in downtown is being converted into an event space for concerts and other events. This December, artists from all over will come together to raise money for Harvey relief at Day For Night. Day For Night features musicians, artists, lights and amazing installations, all geared towards a young adult audience.

Paul Wall is one of Houston’s top rappers, and he is constantly repping the city. He recently made grillz for the Astros and released a new song dedicated to their win.

The former lead guitarist for Kiss will be playing a solo show in Houston this December. Fear not, I have a feeling you’ll still hear some of the Kiss classics.

The Trans-Siberian Orchestra will be playing two shows on the 21st. Make this show a part of your holiday traditions.

Jack Ingram is a popular country artist who took a break from performing but is now back on the scene!

Robert Earl Keen is an Americana/country artist who has put out 18 albums over his entire career. He’s originally from Houston, so it would be good to show a native some love by attending his show! Also performing at the show is Robert Ellis.

Dec. 29-30: Harry Potter and The Chamber of Secrets by Houston Symphony @ Jones Hall

Eli Young Band is a great country band that sings hits like “Crazy Girl” and “Even if it Breaks Your Heart.”

Doyle Bramhall II is a great guitar player who I’ve seen in concert many times. He’s played with a bunch of the rock greats, so if you’re into live music or very skilled guitar playing, this will be a very enjoyable show.