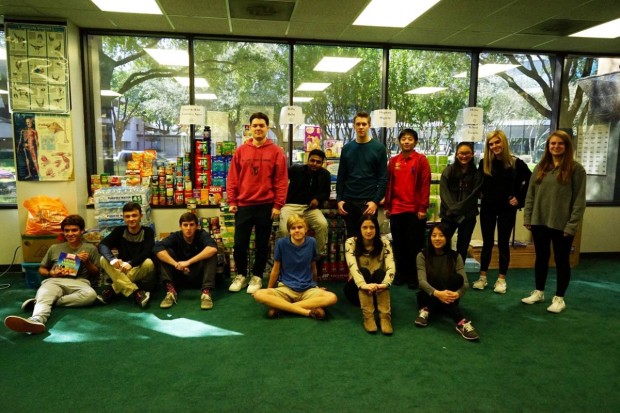 After the devastation left by Hurricane Maria, Alexander-Smith Academy’s Spanish Club began collecting donations of supplies and money to be sent to Puerto Rico. Junior Trevor Bowman came up with the idea while discussing the hurricane’s massive damage. Marcos Genemaras-Cruz, also a junior, has family members who live in Puerto Rico and was impacted by the hurricane.

Especially after recently experiencing Hurricane Harvey, students were very motivated to help out Marcos’s family and other Puerto Ricans in need. Students set up a drive to collect items such as toothpaste, blankets, sanitary wipes and canned goods. The drive started small, then grew larger to include anyone outside the school who wanted to donate. 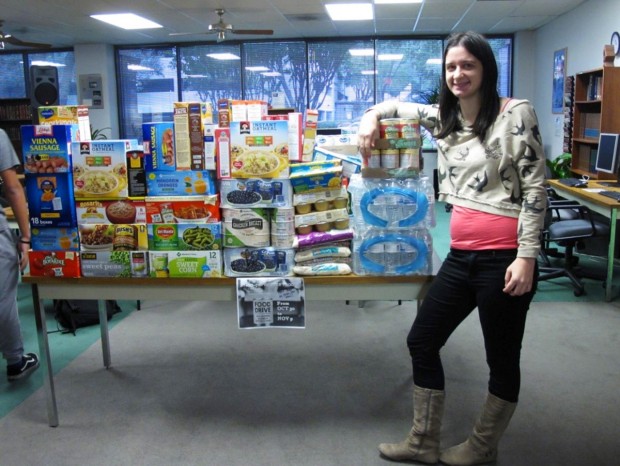 Sydney Freeman, food drive chairman, stands proudly beside all the donated food for the food drive. More than 1,000 items were collected by all the students. (Photo: Grace Smith)

News about the drive also spread and reached CW39 News Fix, who covered the story and interviewed some students from the school about the reason for creating the drive and how well the drive was going. Overall, 3,814 items were collected in three weeks.

ASA’s Volunteer Service Club continued to help Puerto Rico in their annual food drive. “I’m really proud of how much food was donated by the students here,” chairman of the drive Sydney Freeman, a senior, said. “I was just doing my duty to help people in need.” Within two weeks, students donated 1,209 items of food and bottles of water for the food drive, bringing the total to 5,023 items for Puerto Rico.

I personally donated over 700 items to provide relief to Puerto Rico. I want to help people in need because it is hard for people to recover from having everything they own destroyed. I think everyone who donated felt the same way. 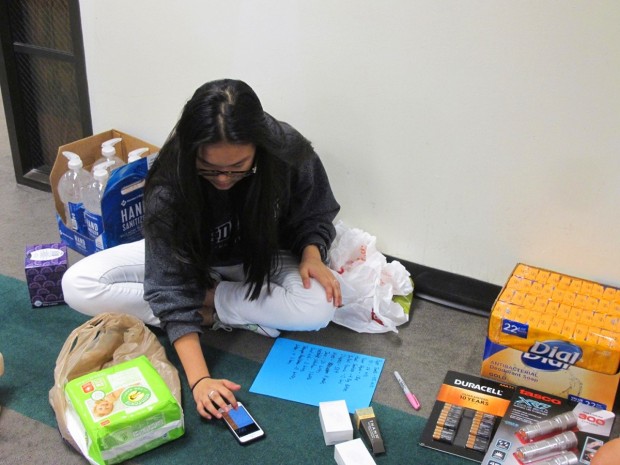 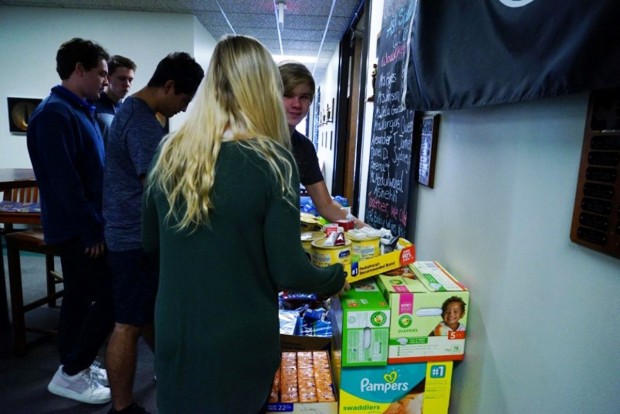