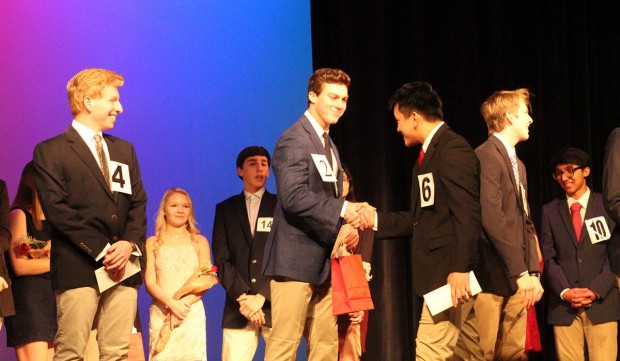 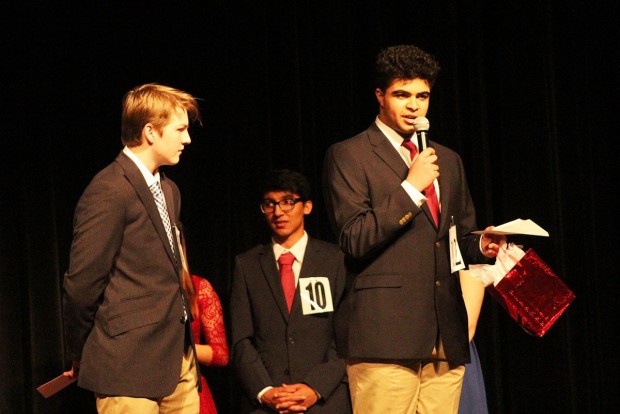 Mr. Bellaire 2018 Jadon Cooper (on right, with the microphone) and first runner-up John Martins (on left).

Jadon Cooper was crowned as Mr. Bellaire with John Martins as 1st runner up and 2nd runner up Jordan Love, along with other finalists Andrew Burger and Jordan Love. Jadon Cooper was also awarded “Best Smile” and Jordan Loev was awarded “Best Eyes” by vote of fellow students.  The contestants awarded the honor of Mr. Congeniality in a two-way tie were Geoff Zimmerman and Chris Levitt; and Miss. Congeniality was presented to Sara Tin-U.

Co-chairs of the event and the PTO Class of 2018 Rachel Berger and Sharon Veldman.