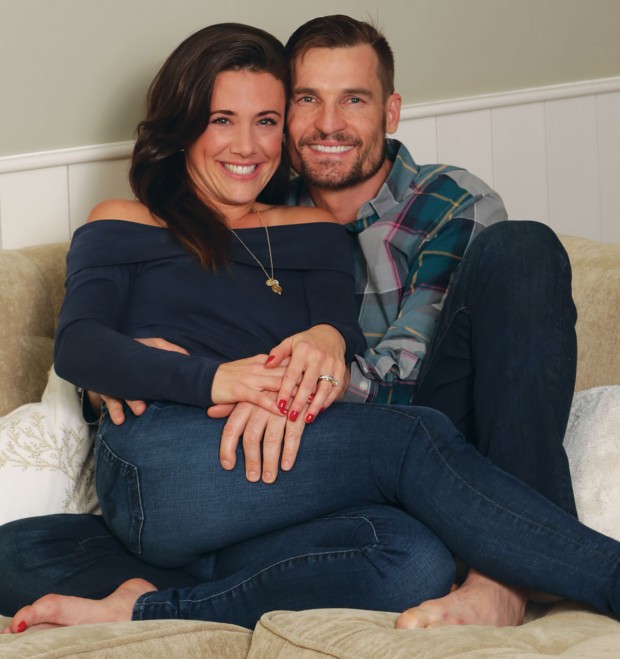 New parents Ryan and Tova Farrar were getting dressed for a date night. Tova, an outgoing stay-at-home mom, carefully selected her son Liam’s favorite pajamas. She laid them out on the bed, along with his favorite book, bottle and bath towel. Tova’s parents, Linda and Philip Boyko, pulled up outside of their house.

It was Ryan and Tova’s second wedding anniversary, and the couple had decided it was time to take the plunge – time to leave their baby Liam, then 2 months old, for the first time.

Ryan, co-owner of F&G Landscape Design, said the couple went over every small detail of Liam’s routine for Tova’s parents. “I found myself explaining to her the position of the cold and hot water,” said Ryan, laughing. “I had to just walk away.”

The couple made it out the door without any incident or tears and caught a matinee show of the movie Coco at Edwards Cinema, followed by dinner at Américas River Oaks. 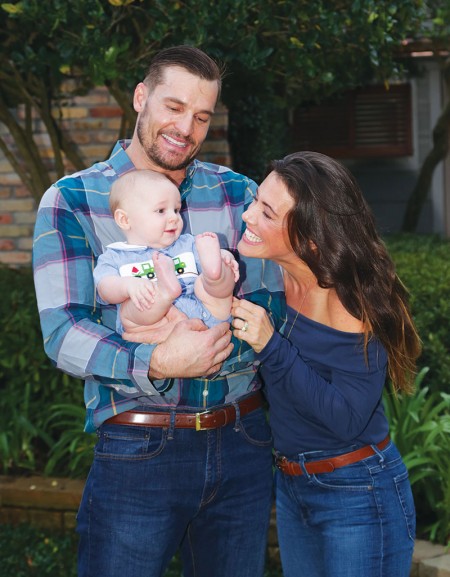 FIRST NIGHT OUT Tova and Ryan Farrar celebrated their second wedding anniversary with dinner and a movie. It was their first night out without then-2-month-old baby Liam, who stayed with grandparents Linda and Philip Boyko. (Photo: lawellphoto.com)

“When we sat down [at dinner], we debated whether we should call to check in,” said Ryan. A text message came in from Linda. “It may have insinuated that he had a stomach ache. Tova was packing her purse up,” said Ryan. The couple sat quietly. “We kind of came full circle. We decided that we were overreacting and that it was totally no problem at all.”

After the initial worry tapered off, they relaxed and ordered dinner. During dinner, they even played a fun game – a question-and-answer couples game that Tova’s friend had emailed to her (“36 Questions on the Way To Love” from The New York Times). Tova pulled the questionnaire up on her phone, and they took turns discussing their answers. “It was a really special little reconnecting moment for [us]”, said Tova.

Liam, born in June 2017, is the first grandchild of the Boykos and fourth of Ryan’s parents, Maggie and Dale Farrar. Tova said having both sets of grandparents close has been a luxury.

Many veteran parents say that when it comes time to exit the house for that first night out, it’s best not to sneak out. “It might seem easiest to sneak off while your baby is asleep or distracted in another room, but this could make your child fearful you’ll disappear without notice at any time,” Rachael Moshman writes on the website Care.com.

“Something as simple as words or actions repeated each day, such as ‘I’ll see you later’ or a kiss on the forehead, will help prepare your baby for your departure.” Her advice also includes leaving detailed instructions for the sitter, and of course, emergency information and phone numbers. 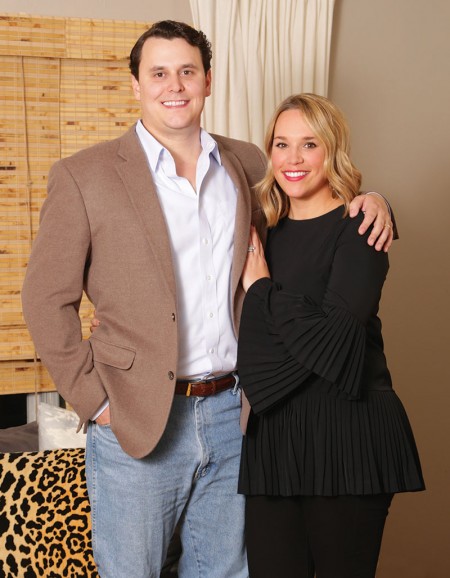 SUSHI AND A SITTER Michael Mercer surprised wife Natalie with date night and a babysitter for her birthday. It was their first night out since daughter Madelyn arrived. (Photo: lawellphoto.com)

Natalie Mercer, principal’s assistant at The Fay School, and her criminal-attorney husband Michael, welcomed their first child, daughter Madelyn, in July 2017. Michael planned a fun night out for Natalie’s birthday this past August. “[He] surprised me and took me to Uchi,” Natalie said. “It was extra special because I had been without sushi my whole pregnancy.”

They recruited Michael’s aunt and uncle to be Madelyn’s first babysitters. Natalie said on one hand she felt ready, but on the other, not so much. “I was pretty anxious the first time I left her, even though I knew she was in great hands,” she said. “Of course I left a ton of instructions, what to do if she cries, and how much to feed her. They probably thought I was a little crazy, but I feel like that’s something all new moms do.” 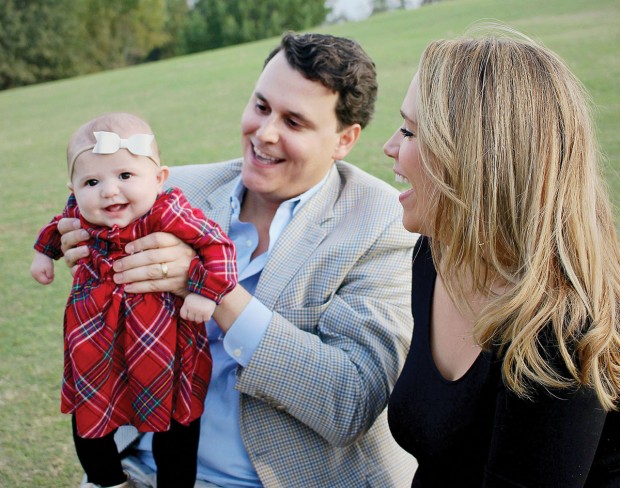 SUSHI AND A SITTER Michael and Natalie Mercer (holding daughter Madelyn) had dinner at Uchi for their first night out since having Madelyn. Michael’s aunt and uncle, Cathy and Casey Keirnan, were the babysitters. (Photo: Lindsey Hurst)

Natalie and Michael arrived at Uchi and were enjoying the night, but the conversation kept drifting towards Madelyn. “It’s funny how you can’t wait for a night out alone, and when you finally get one all you want to do is check on the sitter and talk about [the baby],” said Natalie.

“We kept asking them for pictures and [asking questions like] “What is she doing now?” and “How did she go down?” I think finally they were like, “Stop texting us and have fun. She is perfectly fine.’” The couple arrived home after their dinner date to a sleeping baby.

Editor’s note: What is your advice for leaving baby for the first time with a sitter? Share your tips or stories under this article at thebuzzmagazines.com.