Books that 'Break the Rules' 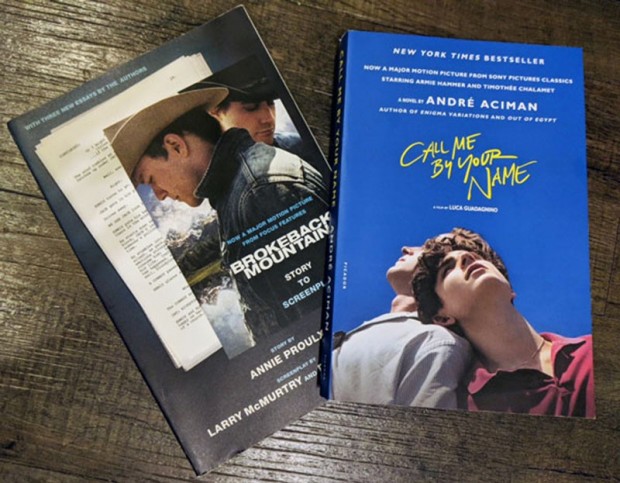 In Brokeback Mountain, Annie Proulx breaks a rule of fiction: Don’t write about dreams. She opens with Ennis Del Mar, waking to another day, except for a dream about his deceased lover, Jack Twist.

Breaking rules is why Proulx’s story was turned into an Oscar nominated film starring Jake Gyllenhaal and Heath Ledger. In this piece, Jack and Ennis share one summer in Wyoming in the 1960s. Though carried over 20 years, their affair is brief, despite Jack’s insistence they can make it work. For all the beautiful words Proulx writes, Ennis never says three important ones.

It brings to mind another Oscar nominated film and current favorite, Call Me by Your Name by Andre Aichman. Set over one summer in Italy, the novel follows 17-year-old Elio as he grapples with his desires for Oliver, an older and experienced man.

But unlike Ennis, Elio is so refreshingly honest about his sexual awakening that he breaks the rules. We are almost never so honest.

I attended a talk by Aichman, and he spoke about tendencies to avoid honesty. Mostly, he spoke about how time stands between us because of our hesitations.

Elio doesn’t take time for granted. But Ennis does. Time is against him and Jack, and they are left only with what they can dream up.

When Elio sees Oliver after their first night together, he thinks, “to be who I am because of you.” Aichman said intimacy is when we confess things we are most ashamed of. Elio never says three important words, either, but he confesses himself while he has the time to be received by Oliver.

Because of these characters, we can create intimacies with stories. They are reminders that we have to break the rules while we have time.

So take the time. Read the books.