Celebrating Holi at The Village School 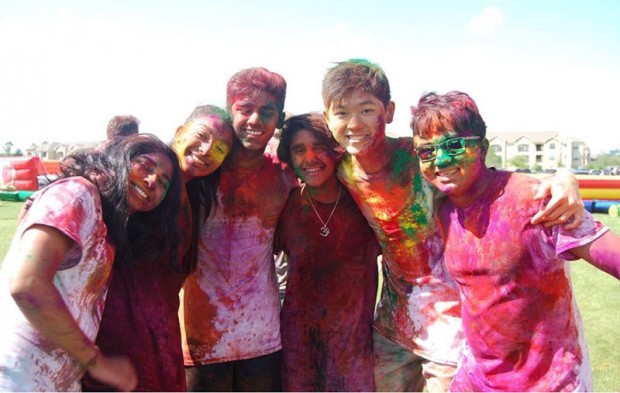 Ranked as the most diverse private high school in the Houston Area by Niche this year, The Village School prides itself on embracing different ethnic backgrounds and giving students a platform to share their cultures with one another. This diversity was seen during the Holi celebration March 29, 2018.

The leadership team that organized the cultural fundraiser in celebration of the Indian festival of colors (Holi) was headed by sophomores Prithika Sen and Layla Shere and included senior Rhea Mehta and juniors Pranav Chunduru, Kinza Siddiqui and Radhika Rao.

“We just wanted a way to celebrate the Indian festival of colors,” Shere said. “We’re both obviously very proud of our culture and Village has such a diverse…population... We just wanted to start a legacy, something that people can continue when we’re gone.”

Raising $700 with 115 students in attendance, close to 1/6 of the student body, their event was a success. Sen and Shere intend to donate the money that they’ve raised to KASIV, an organization founded by Chunduru to help send children in India to school. Sen and Shere will be able to send three kids to school in India, $200-$250 per kid. 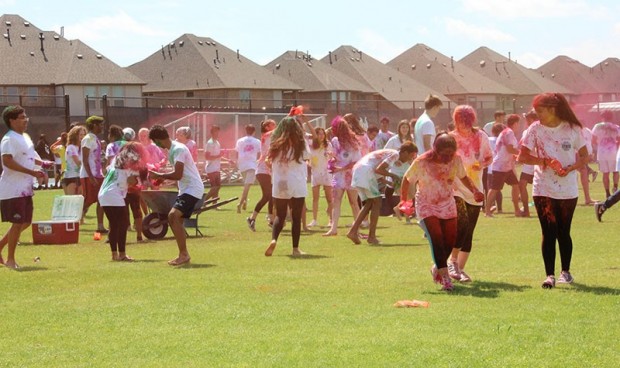 “I started KASIV to put kids in a better position to succeed in life,” Chunduru said. “These kids deserve better, many of them shunned from society and picked up on the streets from policemen. The money raised from the Holi event will be used to sponsor children to go to school at Sadhana [a school and orphanage for children with special needs].”

Although organizing this project was a first for them, it won’t be their last.

“We’ve [already] celebrated Diwali, and we’re planning to do something for Ramadan and ‘Eid, so it’ supposed to be all inclusive…and [for us to] embrace culture,” Shere said.

Sen and Shere are founders of the Village School’s Desi Club and hope to use it as a platform for further good.

“In the Indian subcontinent, there is a lot of tension between some of the countries…and we just wanted to make this club to include everyone and to show that we are united,” Sen said. “It’s not about the religion, but about the culture.”