Tea Time in the Park: Alice in Wonderland at Evelyn’s Park 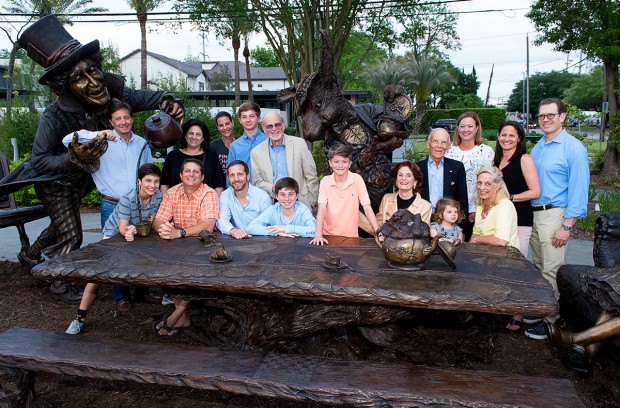 When the historic Teas Nursery closed in December 2009, The Jerry and Maury Rubenstein Foundation acquired the five-acre site that is now Evelyn’s Park with the vision of maintaining a green space in the heart of the city. Pictured: The Rubenstein family. (Photo: Mark Katz)

On April 12, Evelyn’s Park Conservancy hosted a “Celebrate, Savor & See" to reveal the newest addition to the park - the Move One Place On sculpture that honors the Rubenstein family matriarch, Evelyn. More than 100 guests gathered to celebrate the sculpture created by local artist Bridgette Mongeon. Park patrons will enjoy sitting on the three benches, part of the sculpture, one of which includes a built-in chessboard. The larger-than-life tea party sculpture includes a nine-foot Mad Hatter, the March Hare, the Cheshire Cat and, of course, Alice.

During the festivities, guests toasted with champagne and Saint Arnold beer, enjoyed music from Divisi Strings and nibbled on delicious food from Casetta Catering (who also created a custom cookie depicting the tea party from Alice in Wonderland), scones from McHugh Tea and desserts courtesy of Mostly Chocolate & Catering, Nothing Bundt Cakes, and The Ivy and James. 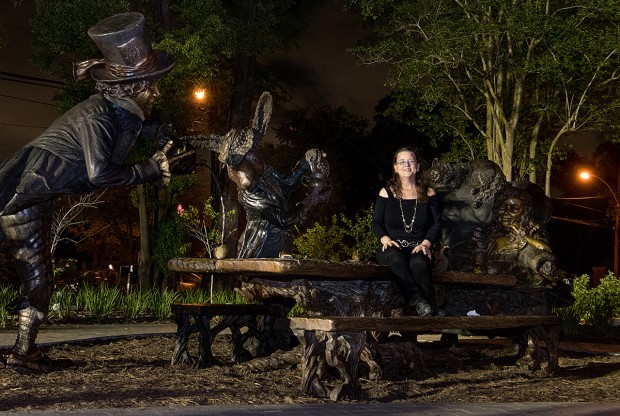 Bridgette Mongeon was commissioned to create the Move One Place On Sculpture for Evelyn's Park. (Photo: Mark Katz)

Evelyn’s Park invites the public to join in their one-year anniversary celebration with a picnic in the park and Earth Day celebration on Sat., April 21. 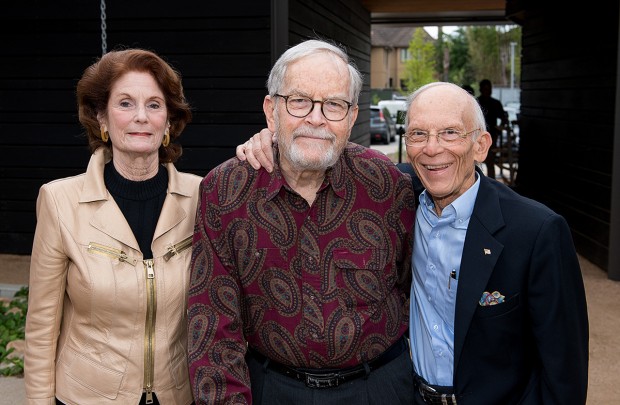 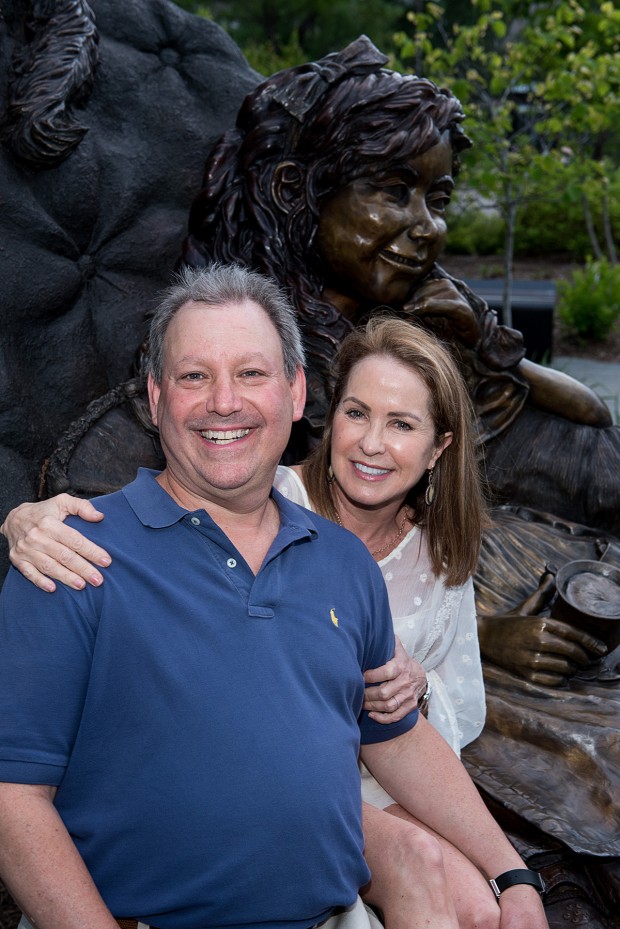 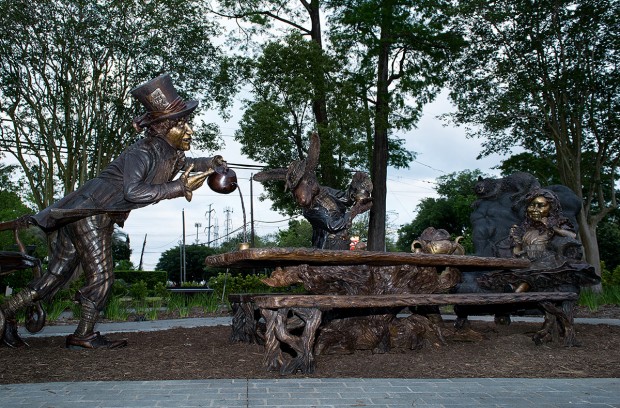 The Move One Place On sculpture by Bridgette Mongeon depicts a scene from Alice in Wonderland. (Photo: Mark Katz) 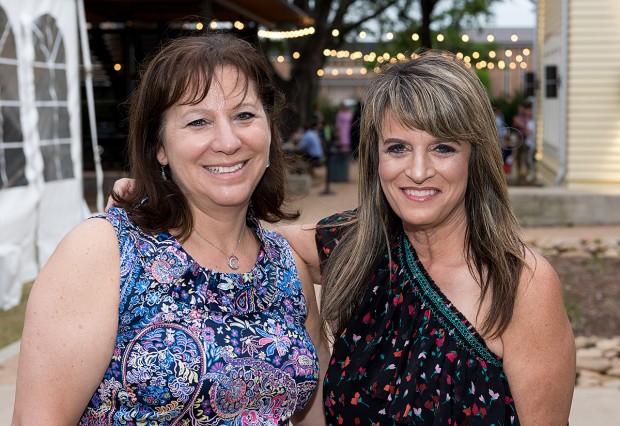 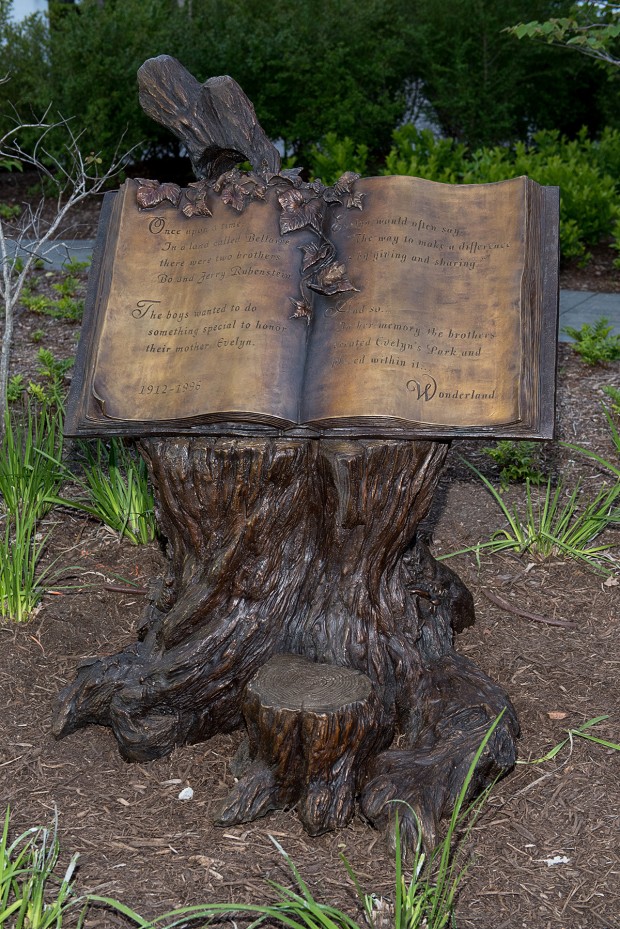 The Move One Place On sculpture by Bridgette Mongeon (Photo: Mark Katz) 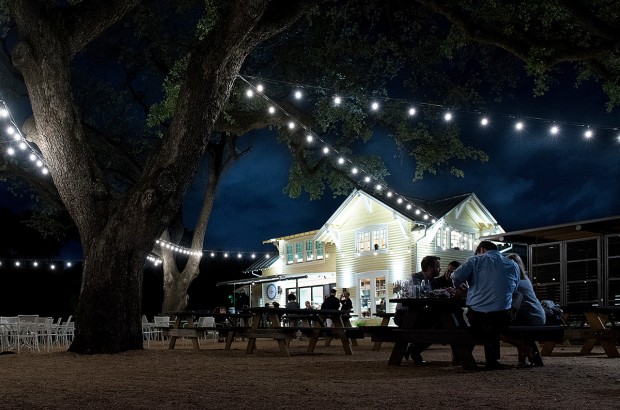