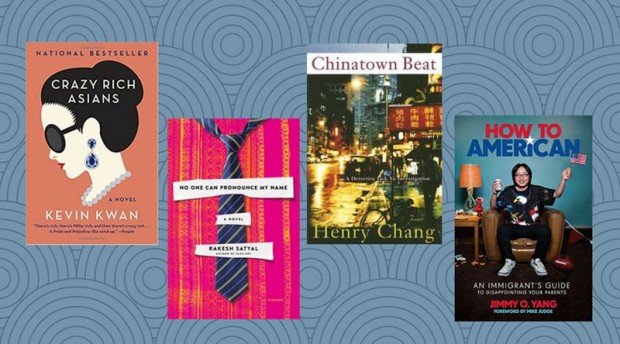 May is recognized as Asian Pacific American Heritage Month. To celebrate all that Asian Americans and Pacific Islanders have contributed to American history and culture, here are a few books to enjoy:

In Kevin Kwan’s Crazy Rich Asians, New Yorker Rachel Chu’s boyfriend, Nicholas Young, invites Rachel to spend the summer in Singapore and meet his family. As nervous as Rachel is to meet Nicholas family, she does not anticipate their crazy rich lifestyle. From a “house” that is more like a palace, to private jets, meddling relatives, and scheming social climbers, Rachel must deal with all that entails with dating the country’s most eligible bachelor. Read this gem of a novel before the movie adaptation hits theaters on August 17. 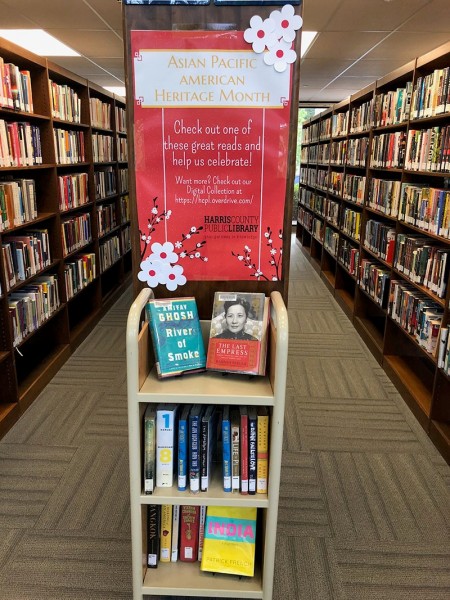 Lonely, 40-something Indian immigrant Harit dresses in a sari every night, passing himself off as his dead sister to his grieving mother. Meanwhile, secret paranormal romance author and 40-something Indian immigrant Ranjana has sent her only child off to college and suspects her husband of infidelity. Harit and Ranjana soon cross paths, and thus begins a strange friendship. Rakesh Satyal’s No One Can Pronounce My Name is a funny and insightful look into the lives of Indian Americans as they deal with the cultural divide of East and West.

For mystery fans, pick up Chinatown Beat by Henry Chang, the first book in the Detective Jack Yu Series. Detective Jack Yu grew up in the crime ridden streets of New York’s Chinatown. Now he’s returned to investigate a series of attacks on children that may be connected to a missing woman. Jack’s homecoming is not what he expected. His old childhood friends are now hardened gangsters, his father is dying, and he is still haunted by a murder he witnessed years ago. Jack will have to use his knowledge of his old neighborhood if he’s to catch this killer.

Comedian Jimmy O. Yang recalls immigrating from Hong Kong to California at the age of thirteen and finding success in Hollywood in his hilarious memoir How to American: An Immigrant’s Guide to Disappointing Your Parents. Yang describes his struggles to learn American culture (by watching three hours of rap music videos a day), dealing with mean girls, his overbearing parents that wanted him to go to medical school, and the limited roles available for Asians in Hollywood. Through his struggles, Yang came out a rising star in Hollywood, soon to star alongside Melissa McCarthy in Crazy Rich Asians.

May isn’t over yet, there is still time to pick up a book to celebrate Asian Pacific American Heritage Month. Enrich your life, learn about the different cultures and experiences of Asian Pacific Islanders. Visit your local library or their website and check out a book today!