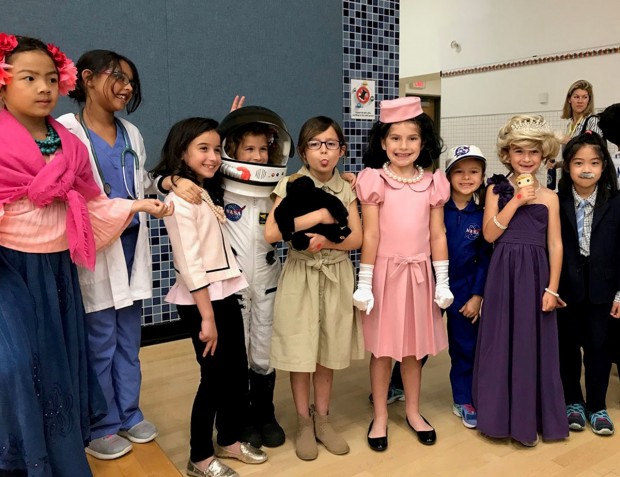 Has someone created a working time machine? No, it’s just first graders at West University Elementary preparing for their “A Living Museum” presentations. 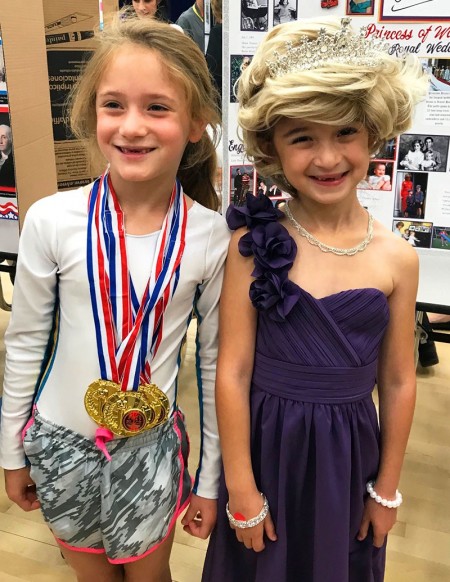 At the annual event, students bring historical characters to life. First graders research a famous person, write a report and create an informational tri-board poster. On the day of the project presentation, the pint-sized "Who's Whos" come to school dressed as their famous person.

Situated in the cafeteria, the students wait for guests to visit their station. Each student has a dot sticker or “start button" on their hand. Families come “push the buttons” which causes the characters to “come to life” and share a little bit about themselves.

WUES first grade teacher Becca Smith says, “I love this project because the kids get really excited about who they research and feel proud of what they learn.” The students are able to do most of the research independently (with the help of parents and teachers), she says. “By the end, they are full of knowledge about not only the ‘history maker,’ but also about the era and events that happened around the person’s life. The students often learn much more than they can even include in their presentations because they get very into it and read every story about their ‘history makers’ that they can find!” 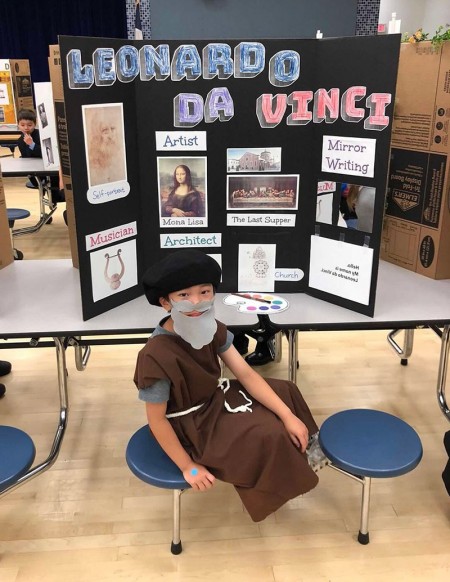 Leonardo Da Vinci (Aiden Yoon) patiently waiting for his first visitor. He hope no one pulls at his beard! 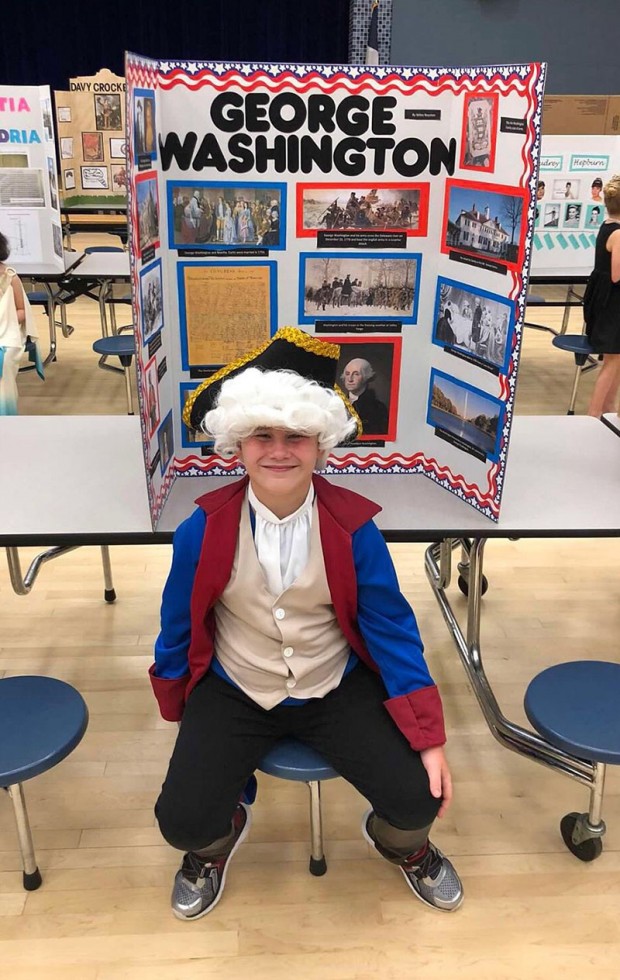 George Washington (Miles Ryston) is excited to tell people about being the first president of the United States. 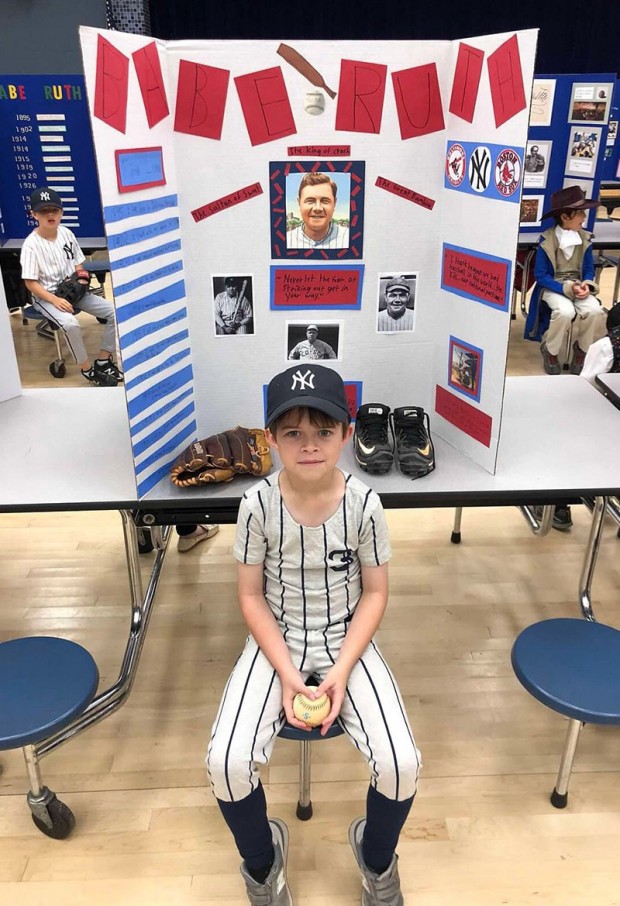