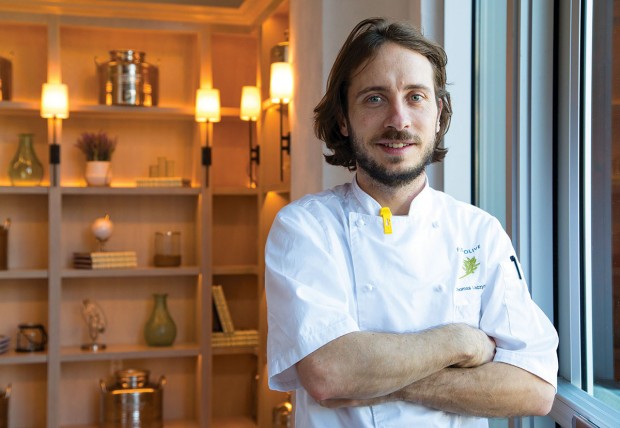 Just when you think it can’t get any hotter, it does. Temperature wise. Restaurant wise. More eateries are on the way, following an already buzzy dining scene with the openings of BCK Kitchen and Cocktail Adventures, Feges BBQ, Les Noo’dle, Wanna Bao and Night Heron. Just take your pick and add one more: Fig & Olive.

The New York-based Fig & Olive (5115 Westheimer) is the first of four dining destinations to open in the former Saks Fifth Avenue space of the Galleria. Following will be the much-anticipated Nobu, along with Blanco Tacos & Tequila and Musaafer by The Spice Route Company. With 15-plus sit-down restaurants – including Yauatcha, Peli Peli, The Oceanaire Seafood Room, Del Frisco’s Double Eagle Steak House, 51fifteen Cuisine and Cocktails – it’s safe to say that Galleria Mall has turned into dining central.

At the airy, 7,000-square-foot Fig & Olive, 36-year-old chef de cuisine Thomas Laczynski shows off a wall lined with exclusive olive oils and balsamic vinegars located next to the glass-door entrance. Well-dressed shoppers will soon pour in for Italian raw seafood crudos, salads and more than 10 different crostinis. Here, Le Cordon Bleu graduate Laczynski offers tips on what to order at his restaurant and others. 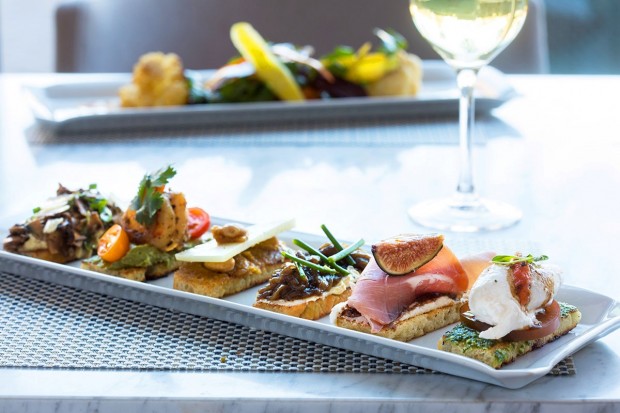 Fig & Olive is right next door to Nobu. Beside from the signature black cod with miso, what should we order there?

With all these places opening, it’s going to be healthy competition. Nobu has more than 40 locations, and I’ve dined there several times. I’m a sashimi guy, and that’s what I eat at Nobu. I think it’s the best. As for Blanco, that’s a Sam Fox concept. He’s the same guy who owns North Italia and True Food. They have great tequila. As for The Spice Route, it’s an Indian restaurant. I don’t know much about it, but I would love to try it.

Fig & Olive has eight locations across New York, Los Angeles, Chicago, Washington D.C. and Newport Beach. You worked closely with corporate executive chef Timothy Hughes on the Houston menu. What should we try?

Our menu is inspired by the coastal regions of France, Spain, Italy and others. Our food is light, fresh and simple. When you walk in, you’ll see a wall of olive oils and barrel-aged balsamic vinegars. We sell the vinegars and oils, but we also offer a complimentary bread service with fresh, homemade rosemary focaccia bread. Our oil of choice is arbequina. It’s universal. It has a peppery note on the back, but it’s light and smooth. 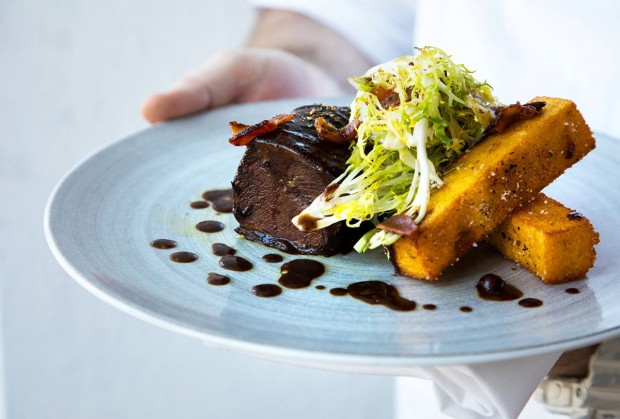 As for what to order, I like our octopus carpaccio with piquillo pepper purée, potatoes and pimento dressing. The Chilean sea bass is unbelievable. We marinate it in olive oil and prepare it simply. We serve it with roasted sunchoke and a romesco-mascarpone sauce made with roasted red pepper, almonds and hazelnuts. Paella is one of my favorites. We do it with squid ink and a little local Gulf shrimp. And here in Houston, we added a shared 20-ounce ribeye with truffle fries for $53. We knew we had to; we are in Texas.

You’ve only been in Houston since January. Have you had a chance to explore the restaurant scene here?

I’ve been to a couple. Kata Robata (3600 Kirby Drive) was really good for sushi and fresh sashimi. But I’m excited by my most recent find, Chicken Station (7001 Harrisburg). It is unbelievable. It’s a Peruvian roast-chicken place. They cook it over a charcoal grill, and they serve it with sides like fried yucca and sweet plantains.

While in high school, you moonlighted as a dishwasher at a bustling Chinese buffet restaurant. After graduation, you enlisted as an infantry soldier and served in Iraq. When did you know you wanted to be a chef?

Always. I just love the camaraderie of the kitchen; everyone was like family. I went into the U.S. Army, so I could pay for culinary school. After I graduated in 2005, I went to the Kiawah Island in South Carolina and worked there for six years. I worked at Hege’s Restaurant. It’s a classical French restaurant, and the chef, Richard Hege, mentored me. This is where I really learned to cook and how to cook, 16 hours a day, six days a week.

Eventually you made your way to Austin’s True Food Kitchen. How did you land the gig at Fig & Olive?

I already knew about the concept, so I connected with our corporate chef on LinkedIn and we just started talking.