Showered with love – and gifts 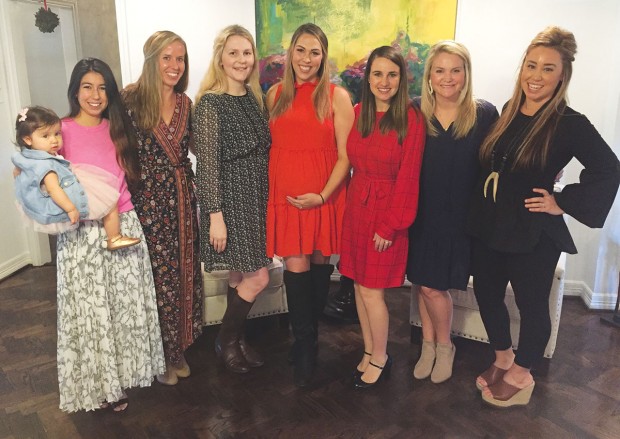 Kids equal stuff. For babies, there are two types: necessities such as strollers and burp cloths and then the “I would never buy this myself” smocked outfits or monogrammed diaper covers.

Luckily, some genius invented baby showers. But how do you pull these special parties off, as a host or as a guest of honor?

There are steps to take early on, such as deciding on who will be hosting, checking with the guest of honor on a date and time, and deciding on a budget and theme. Will it be all women? All men? For couples? In the workplace? A surprise? Parents-to be can pick a few places to register for items for baby. Typically, the stores are listed on the invitation so guests have some suggestions on what to buy.

Since Disney and Max opted not to find out the gender until birth, the theme was gender neutral. ”[It] was very neutral and earthy,” she said. “The invitation was simple with greenery. I let them run with the theme since I can be a little opinionated.”

“They also had a cute station set up where they had an ABC book in English and Spanish,” said Disney. “People could draw in a photo and associate a word with it. They also had cute outfits hanging, with tags on them that said fun sayings like ‘Baby H’s Sunday Best.’” They also set up tiny baby shoes and filled them with flowers.

Disney said that when she hosts a shower for a friend, she likes to play into whatever season it is for the theme. “We hosted one last December and did a winter theme with a hot chocolate bar,” she said. “I also love to do a snack bar of all the fun treats that the momma-to-be is craving.”

Another trend Disney has seen for showers is a request from the hostess to bring all gifts unwrapped. “The gifts were all displayed on a table. We all were able to mingle with the mom-to-be versus sitting down and watching her open them all.”

Showers can create lasting memories in the special time of waiting for the baby’s arrival. “One thing that I loved was that everyone signed a book as their card so we were able to create an amazing library of books for Emy,” said Disney. 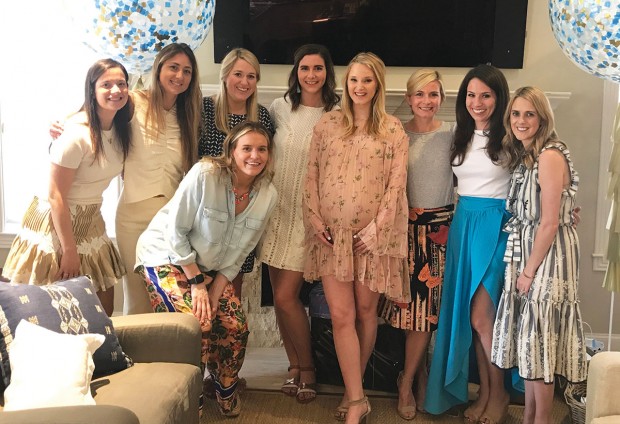 Megan MacIntyre’s friends hosted a baby shower for Megan prior to her and husband Shaw’s son Robbie’s arrival. Since they knew the gender and name, the hostesses chose a blue-and-white theme for the shower and incorporated his name on the décor.

Shades of light and dark blue hydrangea surrounded tables, next to baskets filled with customized baby-buggy iced cookies that said “It’s a boy!” and “Robbie” and blue M&Ms. “I have a major sweet tooth so the hosts made sure there were lots of sweets,” said Megan.

Megan stood outside, held her baby bump, and smiled next to the oversized customized balloon with Robbie’s initials on it: “RMS.”

Another trend these days is for second- and third-time parents is to host a “sprinkle,” a low-key version of a baby shower to shower the expectant parents with love and necessities – like diapers. 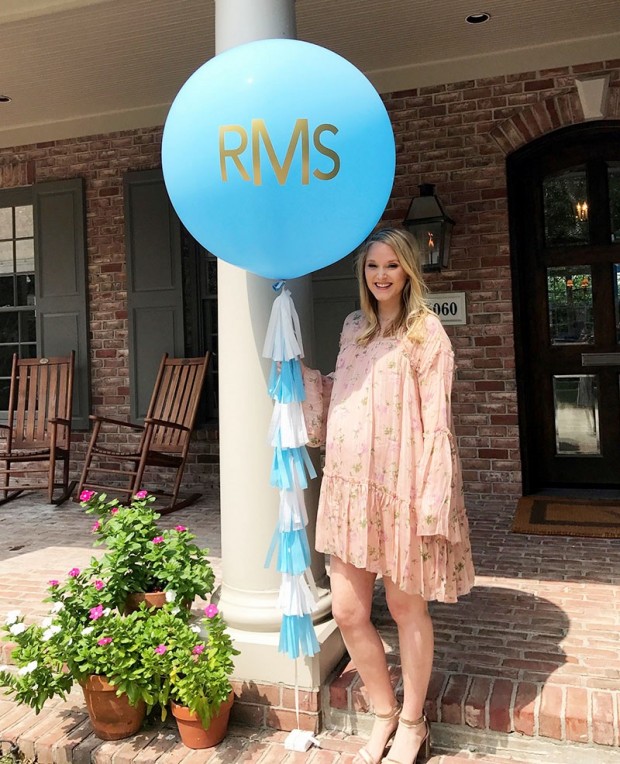 Megan MacIntyre (pictured) stood next to the customized extra-large balloon with her baby's initials at her baby shower. 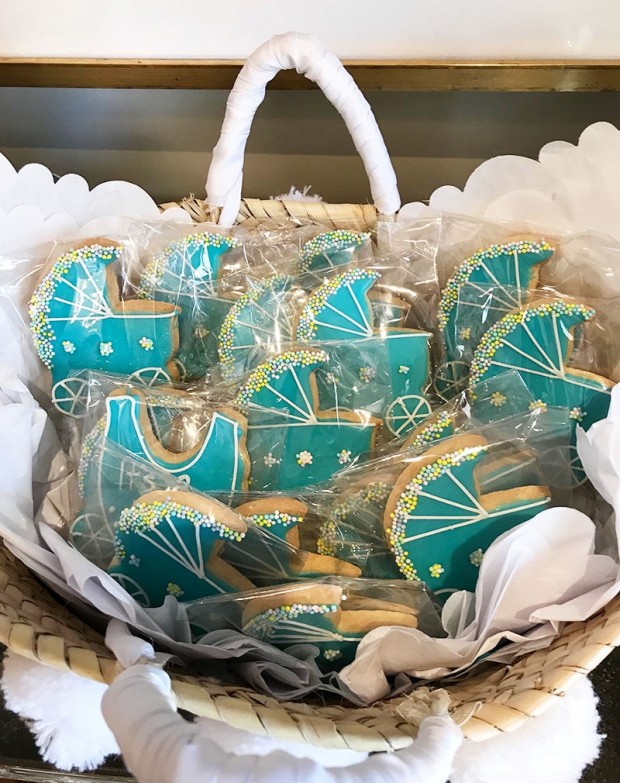 A group of hostesses ordered custom cookies in blue and white for display at friend Megan MacIntyre's baby shower. 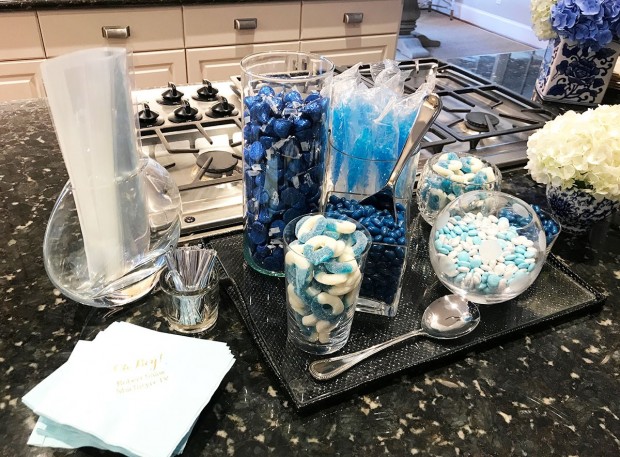 A candy bar is an easy and sweet way to add an extra special touch to baby shower décor.