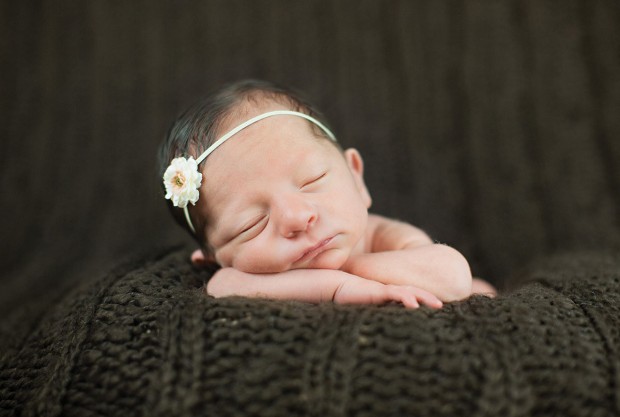 Edie Efron suffered from severe heartburn during her pregnancies with daughter Sophie Lane. Legend has it that heartburn during pregnancy means the baby will be born with lots of hair. (Photo: Erin Carlyle Photography)

Urban legends known as “old wives’ tales” – are they pure superstition, or is there truth behind them? Can frogs give you warts? Should you really not swim after eating? Does the way a woman carry a baby predict gender?

Since October has arrived, the month of spooky fun, I thought it would be fun to dig into this world. I read that the tales stemmed from storytelling, when older generations would pass down information to younger generations. The term “wives’ tales” was recorded as early as 1610. The word “wife” refers to a woman, not just a married woman. The tales helped explain life lessons and make tough concepts like death or coming of age easier to understand.

A lot of them are pregnancy-related.

Edie Efron, a curriculum coordinator and teacher for L.E.A.P. (Literacy Enrichment and Play), tossed and turned every night during her first and second pregnancies, with raging heartburn.

“With my [first pregnancy], I seriously thought I was in labor or something,” said Edie. “I called my doctor’s office in the middle of the night panicked, and they told me what it was.” When Edie’s mom heard of her heartburn troubles, she immediately recalled the urban legend that heartburn means the baby will be born with a lot of hair.

Months later, Edie welcomed Sophie Laine (who is now 5), and, sure enough, their baby girl had a full head of hair. “So much so that she never needed headbands to hold in bows,” said Edie. “She also never really lost her newborn hair and has had a head full of curls since.”

Edie’s second pregnancy, with her son Blake (now 2), was even worse with the heartburn. “[The heartburn] kept me up in the middle of the night. It was so bad.”

During one of Edie’s routine ultrasounds, she asked the technician if she could see if he had any hair. “[The technician] was able to see what looked almost like Albert Einstein hair sticking straight up and all over his head,” said Edie, laughing. “He was born with more hair than [his] big sister – being able to confirm the hair while still in utero cracked me up.” 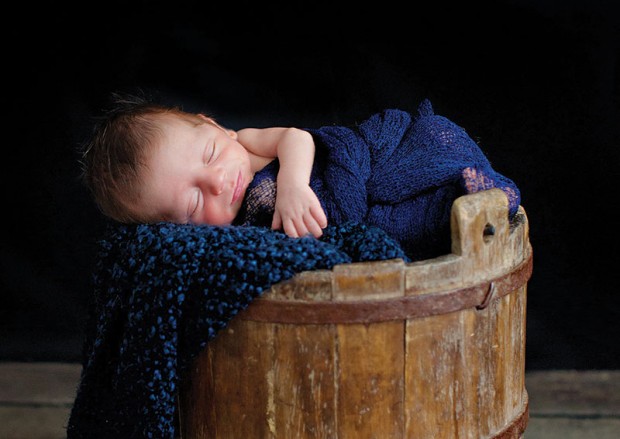 Edie Efron suffered from severe heartburn during her pregnancies with son Blake. Legend has it that heartburn during pregnancy means the baby will be born with lots of hair. (Photo: Erin Carlyle Photography)

There are also a lot of superstitions surrounding a baby’s predicted gender, and if the expectant parents decide to wait to find out the baby’s gender at birth, they’re in for nine months of random strangers, store clerks, neighbors and friends playing the guessing game.

My sister Hannah Young and her husband Justin decided to wait until their first baby’s birth to find out the gender. “People are always telling me I am carrying high, so that means it’s a girl,” said Hannah. “My skin has been more prone to breakouts, so I have heard that means it’s a girl, because the hormones or something.” But Justin says he has heard the opposite – that skin breakouts point towards a boy. “I was told that in the Philippines, people believe that if a woman is having a breakout, it’s a boy because they are different hormones that they are not used to,” he said.

Hannah has also been craving anything with citrus (a new craving, ever since she became pregnant). “When desserts are passed around, I always want anything with lemons. I never did before,” she said. Her sister-in-law says citrus cravings mean boy.

One of my favorite gender prediction tales is the “pendant” game. Legend has it that if you dangle a pendant above a pregnant belly, and it swings side to side like a pendulum, then it’s a boy. If the pendant makes a circle, that means she’s having a girl.

There are also the urban legends adults use to monitor the behavior of kids. A few are rather out there, like “don’t eat a watermelon seed or one will grow in your stomach,” but others make sense, like “eat more carrots so you can see better.”  That is not exactly accurate, but carrots do contain loads of healthy nutrients.

How about “wear your coat so you don’t catch a cold?” The verdict on this one? False. “You get a cold because you get a cold virus,” says William Rawlinson, a medical virologist. “It does not matter how cold you are.”

So, while not all urban legends are technically factual, perhaps they can help on the parenting front, at least when it comes to veggies and coats. As a parent, I’m calling that a tale worth repeating.