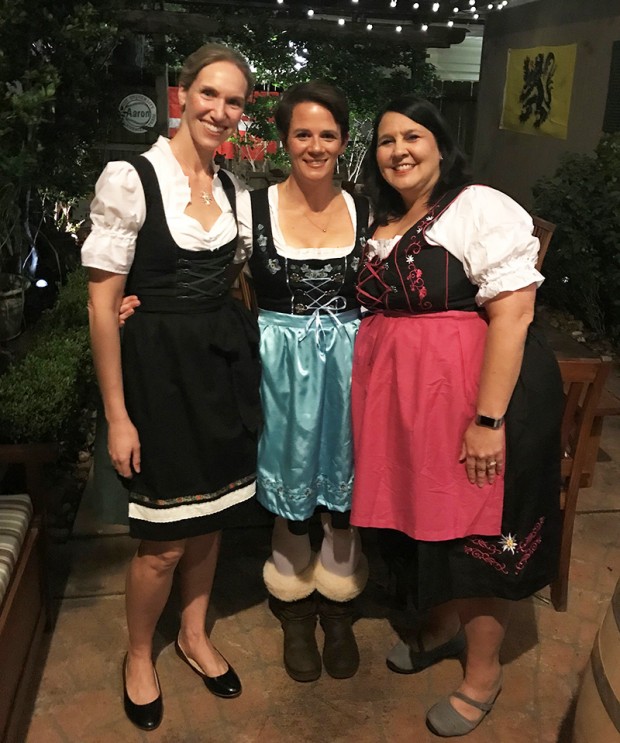 Lederhosen and dirndl-wearing hosts, Herr Brian and Fräu Lee Ann Payne, have been inviting friends to toast steins to Oktoberfest at their West U home for decades. Unlike in Munich, where the original festival happens during September, the Payne’s version takes place in November, in hopes of cooler German-like fall weather.

Lee Ann’s kudos flow like a pitcher of Hofbrauhaus House beer. “The party wouldn’t be a hit without our friends who bring special foods like sauerkraut, spaetzle, beverages and most importantly, their outgoing personalities! The faces in the crowd have grown and changed through our own phases of life. Many of our ‘circles’ have crossed - church, neighbors, family, co-workers, long-time school acquaintances, Little League, tennis, cycling and people we’ve met through the kids. Many times our invited guests bring people of their own and we love that. We’ve had people connect at the party and end up as lifelong friends.” 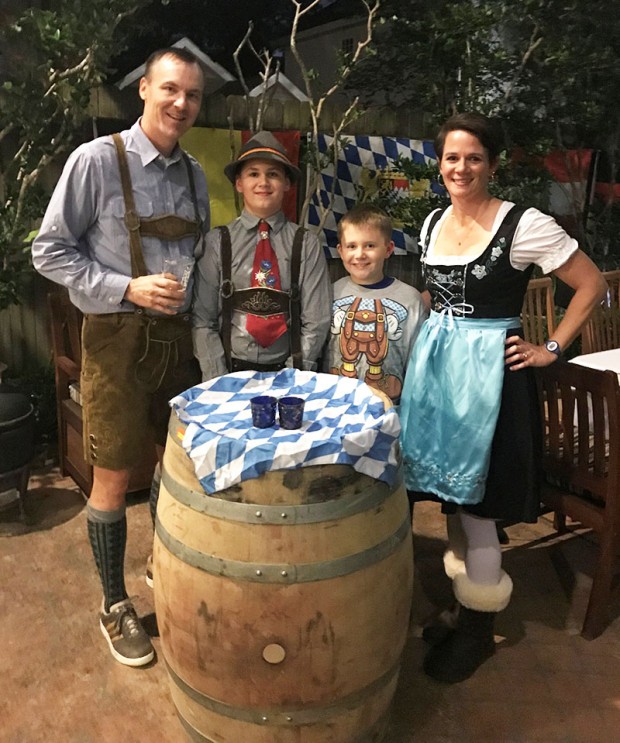 Brian grills 100 pound of pork (pork loin, a variety of sausages including jalapeño, garlic and more.) for the party. He also shared the one rule for those bringing beer…“No domestic big brews allowed.”

Lee Ann and Brian give a big “Danke dir” thank you to their neighbors, Pavan and Praveen Pinnamaneni, as well as Vijay Milkilineni, who make sure their “Fanbulance” makes an appearance every year. Not many parties can feature a re-purposed ambulance turned tailgate-mobile complete with televisions, beer taps and video games! 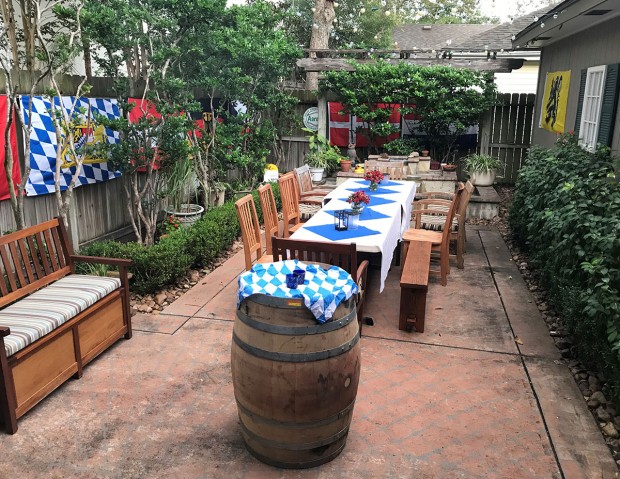 The legendary Payne Oktoberfest Beirgarten waiting for the guests to start dancing and drinking.

Adults aren’t the only potato pancake partakers having fun. Lederhosened like dad, Braeden and Aaron Payne, students at West University Elementary School, and other kinder guests, played Mario Kart video games inside the Fanbulance while the big kids hit the beer tap and cheered on college games. It is a Texas football loving biergarten, after all. 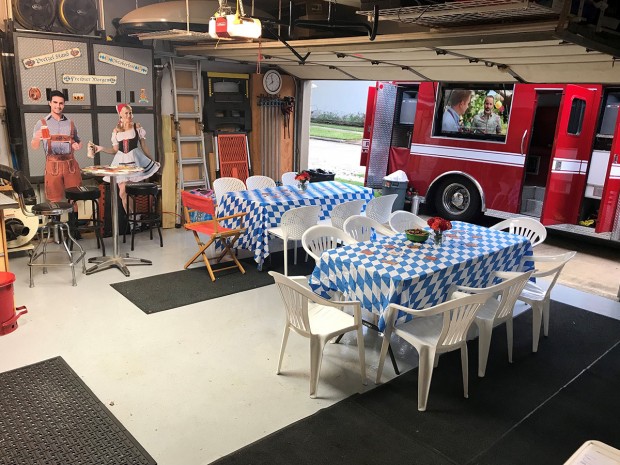 The Payne's garage has been nicknamed the Garage-Mahal because Brian keeps it so clean, which comes in handy when you're hosting a party!  The Fanbulance tap is ready to start pouring beer. Prost! 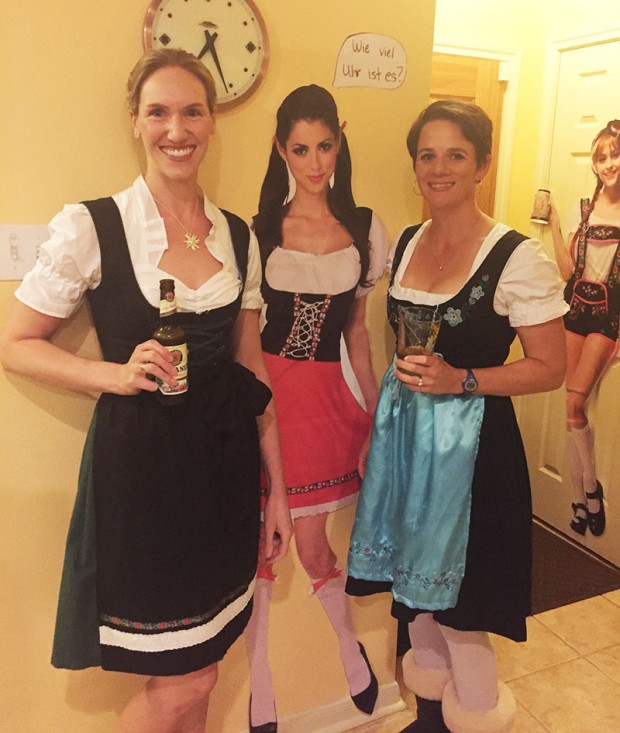 Gwendolyn Meraz and Lee Ann Payne toasting to the Fräulein cut-out and feel sorry for her because she can't drink beer.