Houston: A 'Place to Go'

My hometown through another's eyes 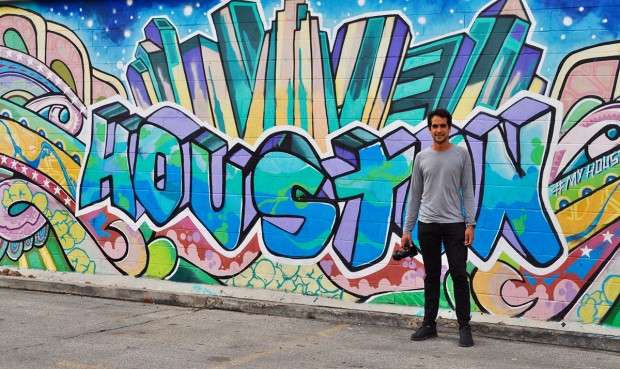 As an avid traveler, I eagerly await the annual New York Times “52 Places to Go,” a compilation of top travel destinations created with input from writers, photographers and correspondents. A few weeks ago, I was scrolling through this year’s list, and, somewhere between natural beauties like Santa Barbara and historical epicenters like Munich, I read “Houston.” Stunned, I nearly choked on my morning coffee.

Houston? Where I spent the first years of my life, mostly fantasizing about leaving for a place with real seasons and more happening.

But, as I learned from Sebastian Modak – the writer selected by the Times to embark on a year-long trek to all 52 destinations, Houston was chosen with good reason.

“One of the main reasons is food,” Sebastian said. “A lot of people don’t realize [Houston] is the most diverse city in the U.S. I think especially coming from New York, people have whatever stereotypes they have about Texas. This is kind of the complete opposite of that.”

I reached out to Sebastian through Instagram a few weeks ago. I was working on a Buzz article about rediscovering this city as an adult, and had come up with some spots outside of familiar neighborhoods. We decided to check some out together, meeting for lunch first at Govinda’s Vegetarian Cuisine, an Indian restaurant on the grounds of the Hare Krishna Temple, in the Oak Forest/Garden Oaks neighborhood. 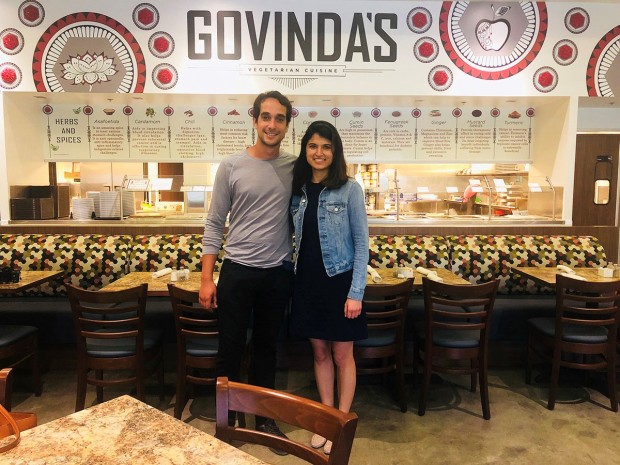 “I may have overdone it yesterday,” Sebastian said with a laugh before we heaped our plates with saag paneer, daal and other Indian specialties. I had seen Sebastian’s Instagram story the day before; it featured plates – and plates – of Houston food.
Sebastian had eaten each meal in a different immigrant community. He started with a dim sum breakfast at Ocean Palace, then lunch at Afghan Village on Hillcroft, followed by a dinner of Michoacán specialties at Raizes Mexican Kitchen in Stafford. He topped it all off with beers at Cafeza, a Spanish-influenced café/bar in the First Ward.

Sebastian, who is of Indian and Colombian descent, has lived in Hong Kong, Australia, India and Indonesia and has traveled to over 60 countries. You can understand why I was half-expecting him to find Houston dull. But he seemed genuinely excited, especially about the food.

It became clear why Sebastian was selected for this dream gig to travel the world. Most important, he seemed to have an iron stomach. “These were all back-to-back meals,” he clarified while detailing his prior day’s marathon. 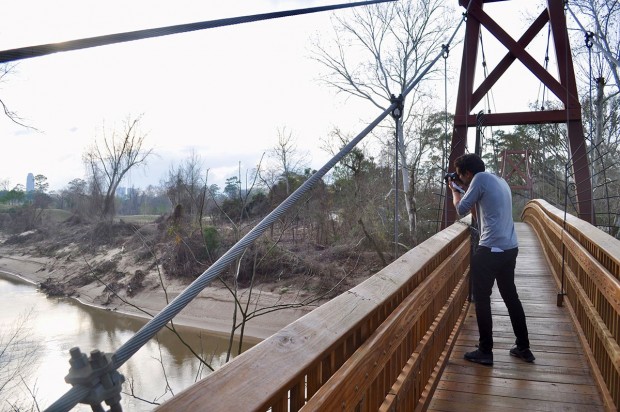 He came across as optimistic yet rational, the kind of person who confidently attempted to pack only a carry-on for this year-long escapade, but ultimately opted for a more reasonably sized check-in to fit both a swimsuit (for Panama), and a winter jacket (Ontario Ice Caves).

“I’m excited about everywhere because I think a lot of places will surprise me,” he said. “Las Vegas is on the list. That’s not exactly my style of travel, but I’m ready to get surprised.”

I realized that, despite my Houston upbringing, I was almost as much of a tourist in this city as he was. I had not dined at any of the restaurants he mentioned, nor had I visited several places he hoped to check out, such as the taco trucks in the Northside district north of downtown or the renovated Menil Collection in Montrose.

So, after we finished our “light vegetarian meal,” as Sebastian called it (I needed a siesta after), I joined him to explore Houston. We drove to Graffiti Park on the East End to capture some iconic Houston photos. I’d like to say I was taking Sebastian around, but the reality is I needed him to navigate using Google Maps. 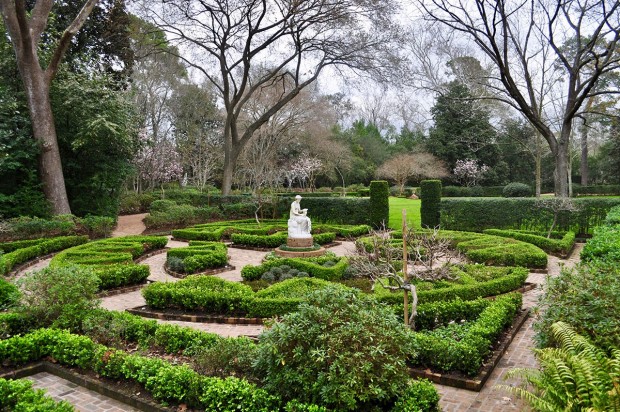 Our next stop was Bayou Bend Gardens in upscale River Oaks. Only 10 minutes before, we had been surrounded by graffiti. Now, we were entering a 14-acre property with gardens and a mansion that was once the home of the iconic Ima Hogg. Although Bayou Bend is near St. John’s School, where I attended, I had somehow never noticed it.

After I dropped Sebastian off at his downtown Airbnb and returned to Bellaire, I admired the photos of Bayou Bend and admitted I had been too hard on Houston. I decided I should learn from Sebastian – who says he intentionally lets go of any preconceived notions of the places he visits – and discover what it means to live in the most diverse city in America.

Sebastian, meanwhile, is off on his next adventure to the Ontario Ice Caves, and he’ll then continue on to 48 other destinations. After that, Sebastian looks forward to “staying put for a while,” likely in New York City, with his partner and his cat.
You can follow his travels on Instagram and Twitter.

Editor’s note: Keep an eye out in an upcoming print issue for Buzz writer Pooja Salhotra’s story on Houston’s hidden gems. To share your own favorite Houston spots, email [email protected] or comment at thebuzzmagazines.com. 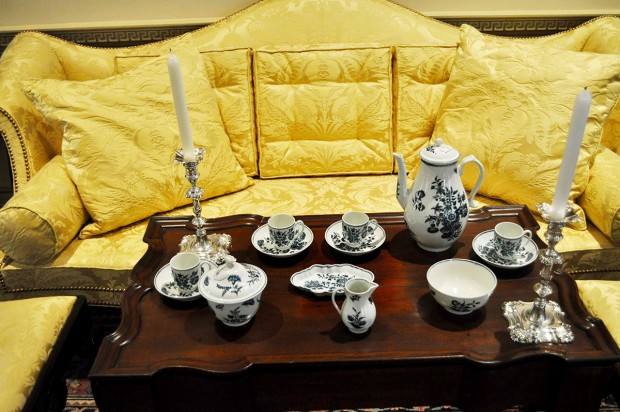 HOUSTON AND HISTORY These artifacts are displayed inside a mansion-turned-museum once owned by Ima Hogg. Miss Hogg donated the house and its artifacts to the Museum of Fine Arts and helped curate the museum. (Photo: Pooja Salhotra)