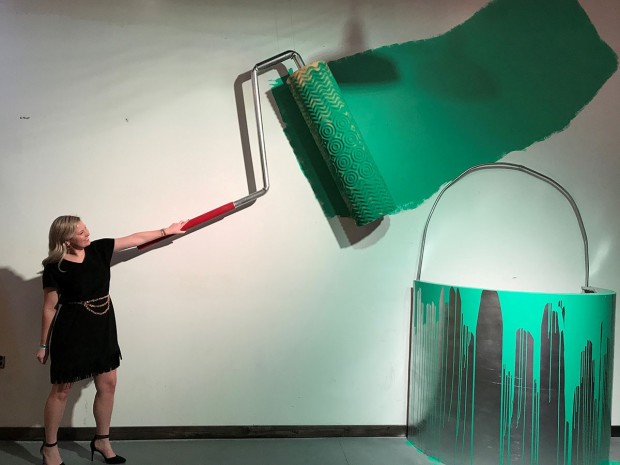 One of Shelbi Nicole'ss pieces features a moveable paint roller, suspended from the ceiling. Guests can move the roller.

The first thing that comes to your mind when you see the magical fairytale space that is The Whimsy World is exactly what you would think it would be: whimsical. Stepping up to the District Art Gallery (810 Richey St.) off a small street north of downtown, you wouldn’t think that a small space could hold so much creativity and wonder.

The Whimsy World was created by Shelbi Nicole, a 2010 University of Houston graduate and Sorbonne graduate (2006). Shelbi is a widely-known artist, both in Houston and around the world. The Whimsy World, her newest creation, is an art space featuring three main rooms filled with interactive, Instagram-ready setups, including a bathtub under a raincloud, a movable paintbrush and a giant pig. 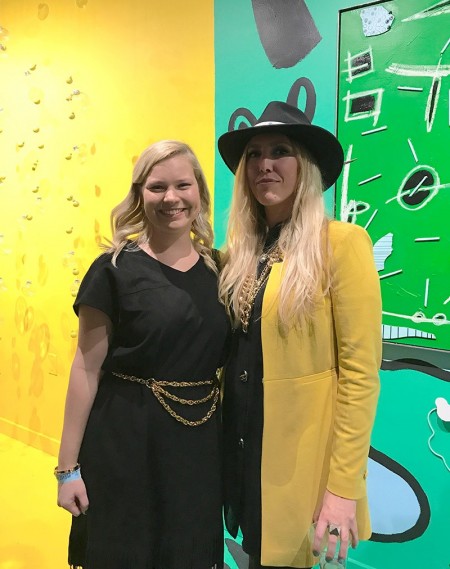 Haley Kurisky, on left, and The Whimsy World creator and artist, Shelbi Nicole, on right, pose in front of two of her installments at the Pink Carpet Premiere.

The space is bursting with pastels and three-dimensional pieces that bring the art and scenes to life, making you feel like you have stepped into a happy dreamworld.

Pictures are encouraged, and many of the pieces and exhibits are tangible, allowing viewers to interact with the pieces and put their own spin on it. Even the bathroom is awe-inducing: It’s Beyoncé-themed.

This past Saturday, The Whimsy World had its opening Pink Carpet Premiere to open the exhibit. Guests were treated to live music from a DJ, Deep Eddy Vodka-crafted drinks, a pop-up store with merchandise from Shelbi Nicole, and a first peek at the exhibit. “We completely sold out!” Shelbi giddily told me when we spoke at the event. 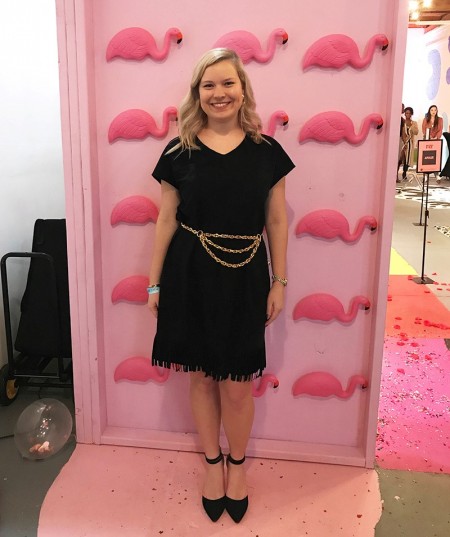 Haley Kurisky poses in front of her favorite color - pink - at the Pink Carpet Premiere for The Whimsy World.

In recent years, Shelbi has concentrated more on her public art and murals around Houston. “[My] friends are really excited that I put together an exhibit for the first time in four or five years,” she explained. So even though you can see Shelbi’s work all across the city (she was one of 15 artists picked to paint electrical boxes around Houston as part of a big public art project and has countless murals around town), you can now view many of her pieces and inspirational setups all in one place at The Whimsy World.

Picture-ready art setups are all the rage right now, with interactive photo pop-ups TFTI, Flower Vault and other pop-up installations around town encouraging ticketholders to take fun photos and share with their friends. Shelbi’s Whimsy World is different, though. Sure, it caters to your Instagram diva, and yes, you will stop to take a photo about every five seconds, but Shelbi’s scenes, interspersed with paintings (she was named one of Houston’s best painters in 2014 by Houston Press) really tug at your creative heartstrings. The pieces are fun and lighthearted and exude “cool.” 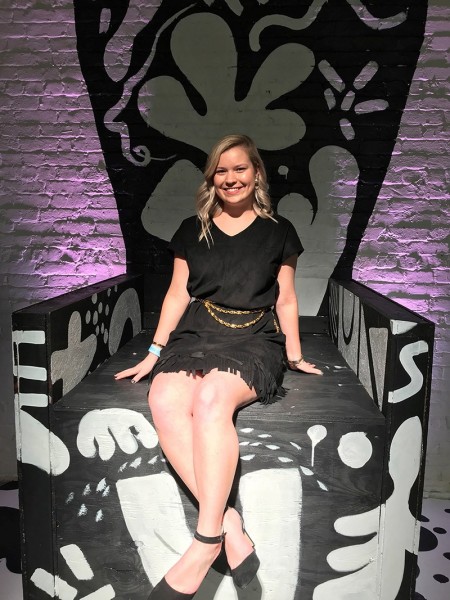 Haley Kurisky, sits in one of Shelbi's artistic backdrops - a painted chair.

In many ways, they represent Houston and Shelbi’s commitment to the city - the pieces are fun, young, creative and different: Just like Houston.

In addition to her artwork and pieces featured at The Whimsy World, you can also purchase various items with Shelbi’s art on it from her website, including tennis shoes, pillows, kimonos and hats. And if you’re looking for something a bit out-of-this-world, you’ll be interested to know that you can even see Shelbi’s art in space - her designs were selected by NASA to hang aboard the new TESS Satellite

In the meantime, check out The Whimsy World at The District Art Gallery throughout the month of February (ending Feb. 28). Hours are usually 10 a.m.-7 p.m., with late opens on Tuesdays and Sundays; it’s closed on Mondays. Tickets can be bought online for $28 here. 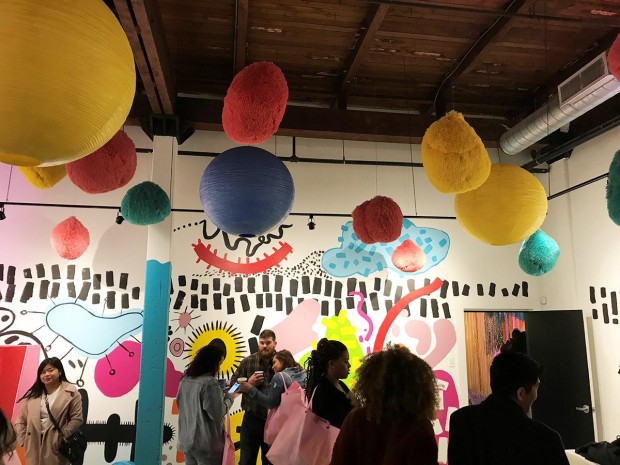 Guests danced to the sounds of a live DJ in the main room of The Whimsy World for the Pink Carpet Premiere. 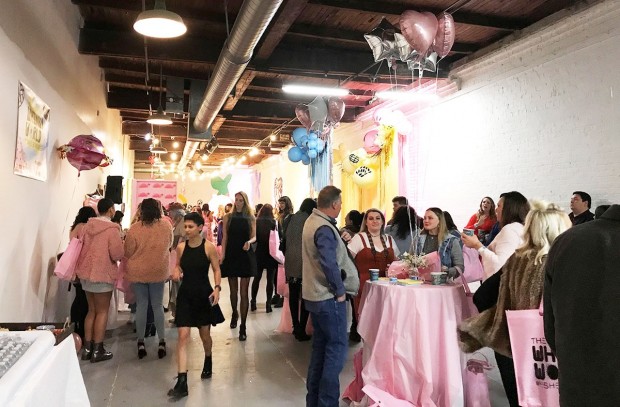 The Pink Carpet Premiere featured Deep Eddy Vodka-based drinks, a Kendra Scott pop-up, and fun, whimsical balloons to set the scene for the 300+ guests who attended.