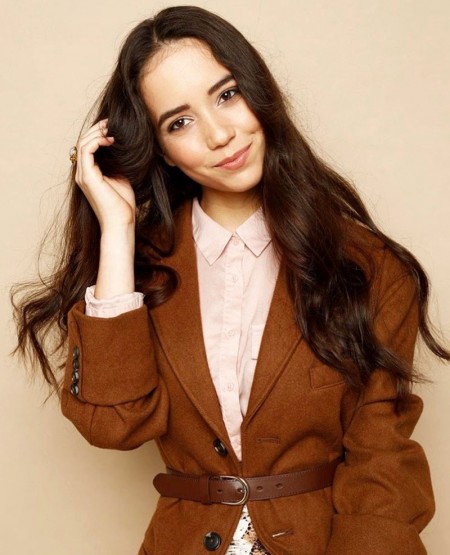 Samara Zuckerbrod, a senior at Bellaire High School, is a model. Samara is also a model student. She balances her hair appointments and photoshoots as well as her history essays and math quizzes. I decided to conduct an interview with her on her modeling career.

Q: What agency are you currently signed with?

A: I am signed with Page Parkes Agency.

Q: How did you get your start in modeling?

A: When I was 13, I was scouted by an agency that was a little bit of a scam because they just wanted people to pay crazy amounts for classes that didn’t really pay off. However, this and my interest in the fashion world caused me to seek out other opportunities to model. A few years later when I was at a charity fashion show with my father, we ran into a man who worked as a talent advisor for Page Parkes Agency. I asked my dad, who vaguely knew him, to set up a meeting for me. The rest is history.

Q: What is the biggest job opportunity that you have gotten?

A: When I got into my modeling agency, I also took acting classes for about a year and was eventually signed to the acting, or commercial, side of the agency as well. So, the biggest booking I ever got was for them. It was an in store Verizon commercial that I shot in Austin, Texas. However, the biggest modeling gig I got was a spread in Houston CityBook magazine.

Q: Have you had to make any changes in your life to accommodate modeling?

A: I’ve had to make many changes to model. First off, I had to choose between sports such as cross country, track and swimming and modeling and acting. As I am part of the International Baccalaureate (IB) program at school, I have a great amount of schoolwork, which I put before my other two areas of interest. I realized I was more passionate about modeling than competing in athletics, so I chose to give up participating in school sports. The other major change in my life since I’ve started modeling is how I present myself in the world. I am much more poised and professional. And, don’t tell my dad this, but I shockingly smile for photos now.

Q: Have you had to travel anywhere for a work opportunity?

A: I have traveled to Austin, which is a major film and modeling hub in Texas. Also, I’ve been to Los Angeles and New York to visit agencies.

Q: Do you prefer print or runway modeling?

A: I’ve done more runway. I am not sure if I really have a favorite. It all depends on who I’m working with and the clothes I’m modeling. If both of those are great, I’m having fun either way.

Q: What makes you stand out from other models?

A: In terms of personality, I am very professional but still easy going and like to joke around. I actually teach modeling classes, which few models do, so that gives me a different perspective on the modeling world. In terms of looks, there is not much that makes me stand out. There are plenty of models out there with the same build and features as me. I think my freckles, slight olive complexion, and long hair make me stand out slightly. Looks make up a big part of booking jobs, but personality is what makes you stand out and form great working relationships.

Q: Does your age ever play a factor in the jobs you get?

A: Yes, for sure. When I was under 18, there were certain jobs I wouldn’t get submitted for. But it hasn’t been a huge hinderance. Now that I’m 18, I don’t see that being a problem. Actually, being young in the modeling industry is very beneficial. Age hasn’t prevented me from teaching classes, though I am the youngest instructor at my agency.

Q: Do you hope to pursue modeling in the future as a possible career?

A: I do hope to continue modeling after I graduate high school. I actually went to New York during spring break to meet with some agencies and see about possibilities for the future. But I don’t only want to model. I want to be a writer. I plan to use what I’ve learned from modeling to help me with my writing.

Q: What would your dream job be?

A: As a model, my dream would be walking for the major fashion houses like Chanel, Fendi, Versace and other brand names, working with the makeup legend Pat McGrath, shooting with famed photographers such as Mario Testino and the duo Mert and Marcus and booking the Victoria's Secret Fashion show. However, I am slightly more focused on my writing goals. I look forward to my time in college to help me decide what type of writing I want to do. But right now, writing for Saturday Night Live and other comedic entities and writing a fiction novel are my potential dream jobs.