Smiling in the bluebonnets 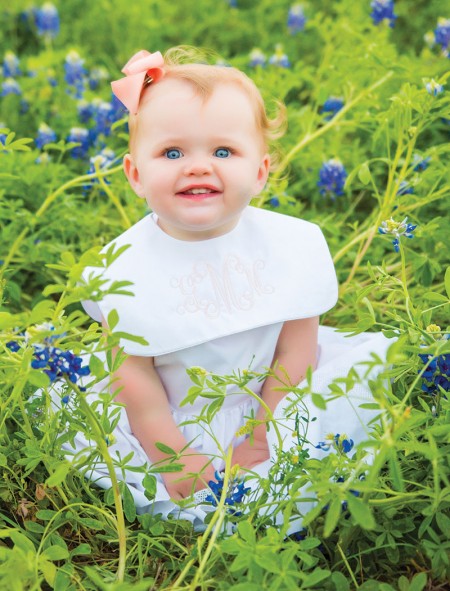 Georgia McQueen was photographed in a small patch of bluebonnets in Houston when she was 14 months old. (Photo: Nicole Ivey Photography)

They are about to bloom – those vibrant, purple-blue wildflowers that sprinkle the hilly horizons of Texas, beautiful reminders of spring, our state flowers, bluebonnets.

The seasonal flowers even have their own paparazzi. If you drive west on Highway 290 on a spring afternoon, you’ll see swarms of people taking photos in the bluebonnets. If you’ve never seen a field in full bloom, you need to. But don’t dally because once they bloom, typically March to mid-April, it’s not long before they fade into the Texas sunset.

The colorful view is thanks to Mother Nature, but with some help from Texans, including the Texas Department of Transportation, which scatters about 30,000 pounds of wildflower seed each year. In 1965, President Lyndon B. Johnson signed the Highway Beautification Act, and First Lady “Lady Bird” Johnson was extensively involved in the beautification of Texas highways. If you’re ever in Austin, be sure to check out the Lady Bird Johnson Wildflower Center.

Taking family, couple and even pet photos in the bluebonnets has become a popular Texas tradition.

My husband Tyler and I drove to Chappell Hill a couple of years ago to take candid phone shots of our twins (then 18 months) in the bluebonnets. We stopped for lunch and made a fun day out of it. Last spring, we decided to hire professional photographer Nicole Pawloski to take photos in a bluebonnet patch in Houston when our twins were 3 and our daughter was 14 months. Although the patch was small, she amazed me with her ability to make it look like we were in Washington County (it’s all about the angle).

I talked with some other Buzz parents who have taken family photos in the bluebonnets. Melissa and Callum Lawson, who moved to Houston from Australia in 2011, had their younger girls’ pictures taken in bluebonnets for their first birthdays (they were living in Australia when their oldest turned 1). “There is just nothing sweeter than a baby surrounded by bluebonnets,” said Melissa. Grace is now 9, Lucy is 7, and Abigail is 4.

Parents Abe and Shellie White also felt inspired, thanks to young children, to capture bluebonnet photos. “We had never [done them], but once we had Josh, I suddenly felt like it was something that I wanted to do,” said Shellie.

Mom-of-four Melissa Goodman wanted a Texas backdrop for her family photos, so she signed up for a “mommy-and-me” bluebonnet mini-photo session with Nicole two years ago. She said the shoot was a little challenging – twins Cade and Logan were 5 and daughter Hadley was 3 – but she cherishes the photos now. “I just remember it was super windy, and my hair was flying everywhere.” They recently welcomed baby No. 4, Carter, and plan to take more this year.

Mom-of-two Courtney Lundquist says it’s important to let kids be themselves during a photo session. “I’ve found that finding a photographer who rolls with the punches and lets kids be kids is the key to great bluebonnet photos,” she said.

Mary and Ryan Lee also took their girls Reese and Mila for family photos in the bluebonnets. “We had just moved back to Houston from the northeast, and I really wanted something truly Texan to have displayed in our new home,” she said. They taught their girls not to pick the flowers – a good reminder for all young Texans.

If you drive west on 290, there are usually large bluebonnet patches right off the highway in Washington County, just before you hit Brenham, plus in Old Baylor Park where the ruins of the original Baylor University are, in the town of Independence, and at the Washington-on-the-Brazos historic site along the Brazos River in Washington County.

You don’t always have to take a road trip to find bluebonnets. Some places they usually bloom in Houston are along Buffalo Bayou near downtown and the stretch that runs alongside T.C. Jester from West 34th Street to Ella Boulevard, White Oak Bayou (near Loop 610 and 18th Street), and areas near Memorial Park.

If you’re heading out this spring, remember to teach kids not to pick the bluebonnets or stomp on them. It isn’t illegal to pick them, but it interrupts their blooming cycle for the next year. Of course, avoid taking photos next to busy roads or on private property.

And once you get home, don’t forget to follow through on the printing and framing, so you can enjoy your most Texan of family memories forever. 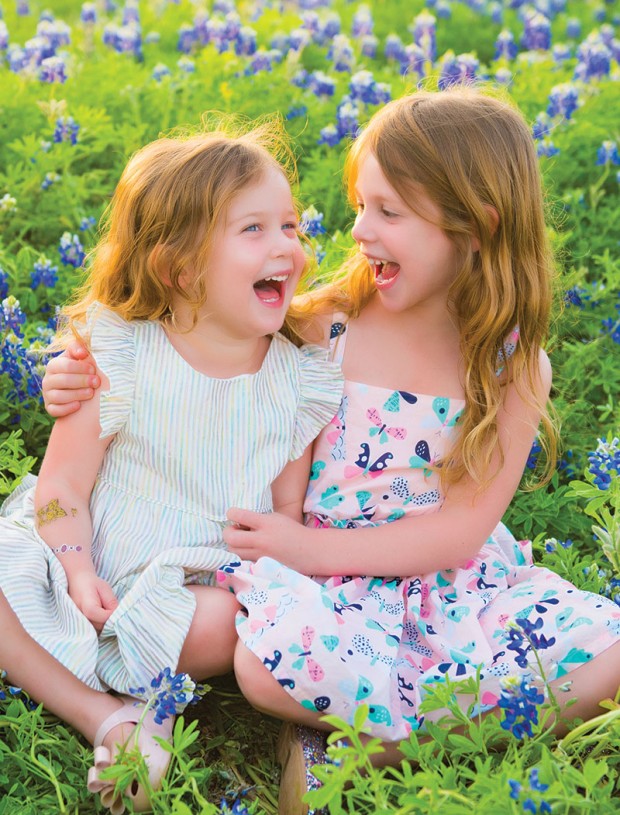 Courtney and Will Lundquist had their daughters, Emerson and Stella, photographed in bluebonnets, a Texas tradition. (Photo: Nicole Ivey Photography) 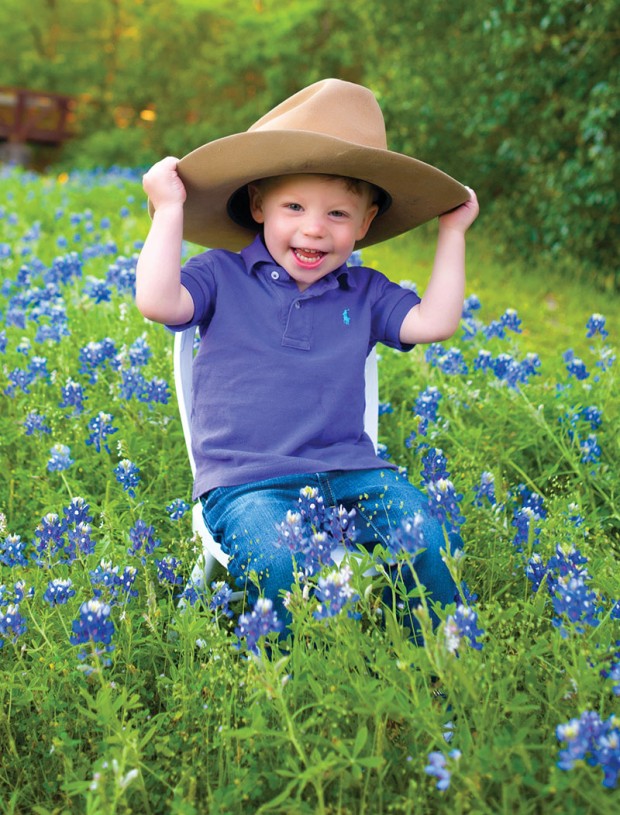 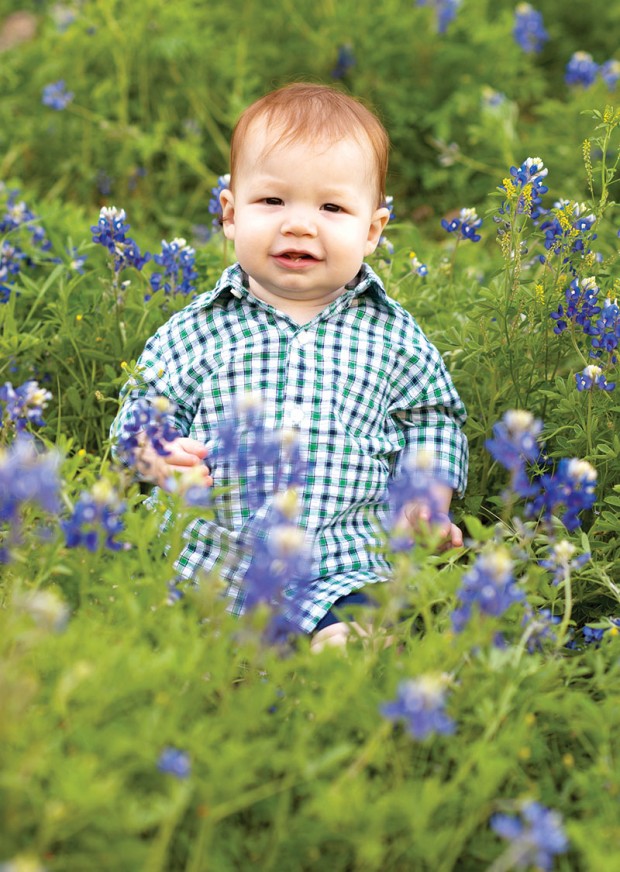 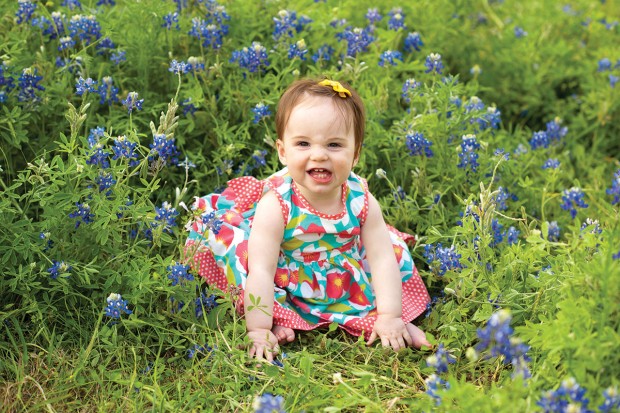 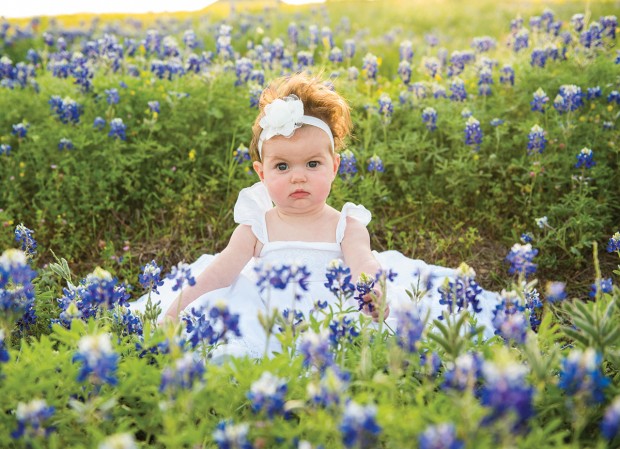 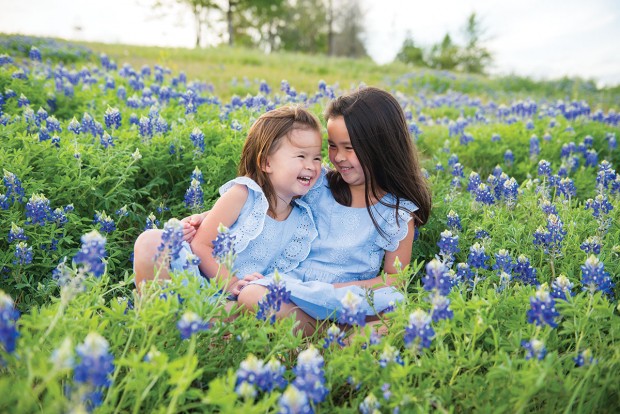 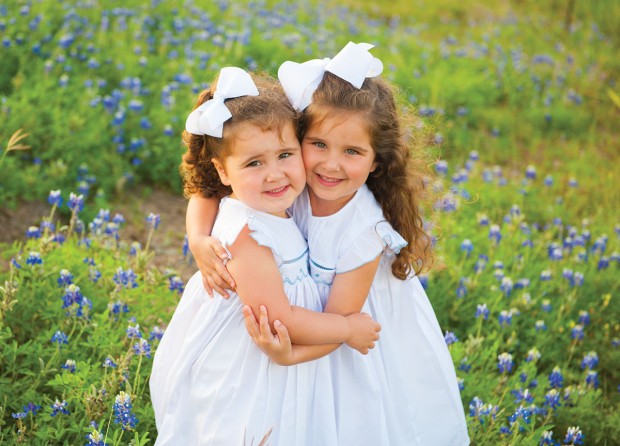 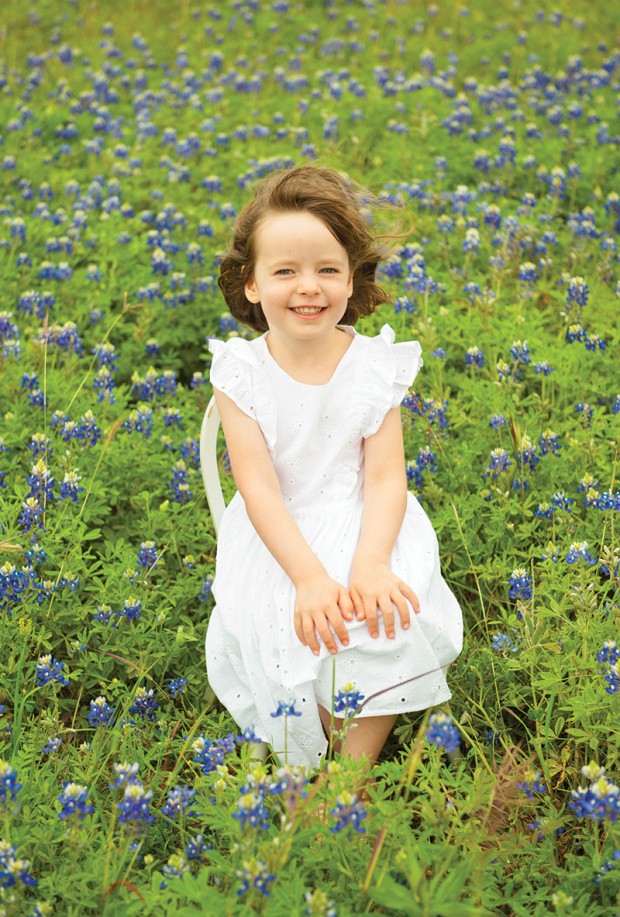