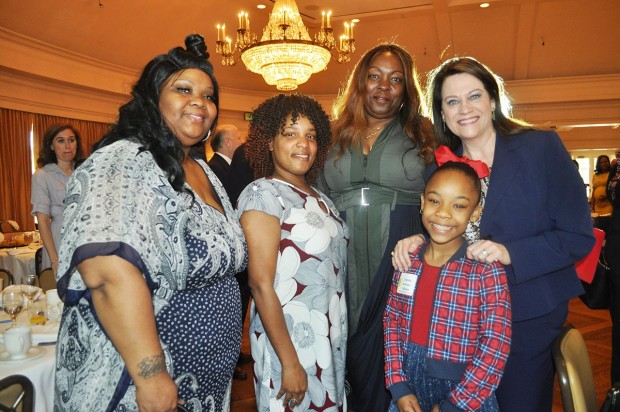 “I’m still in awe,” James Harden’s mother, Monja Willis, said to a crowd of over 300 Houstonians on Friday morning. “I’m one of [James Harden’s] biggest fans, and I get excited every time I see him play.”

Willis took a break from managing her son (aka NBA phenomenon James Harden) on Friday morning, when she served as the keynote speaker at the 2019 Rise & Shine Breakfast with The Boys & Girls Clubs of Greater Houston (BGCGH). Held at the River Oaks Country Club and sponsored by Kirkland & Ellis, the event highlighted the youth-focused non-profit’s impact on Houston students, and the national organization’s impact on our very own Houston Rockets star: “The Beard.”

Before James Harden, 29, became a national sensation, he could be found practicing his dribbling skills with other youth at a Boys & Girls Club in South Central Los Angeles. Harden grew up with two older brothers and was raised by his single-mother in one of the most crime-ridden parts of the country. Struggling to make ends meet and ensure the safety of her boys, Willis relied on the local Boys & Girls Club to take care of her sons. The Club would pick up her kids from school and bus them to the Club where they would complete homework and participate in organized activities, including basketball. Meanwhile, Willis worked a full-time job at AT&T. Speaking to the organization’s supporters on Friday, Willis repeatedly referred to the Boys & Girls Club as a “safe haven.” 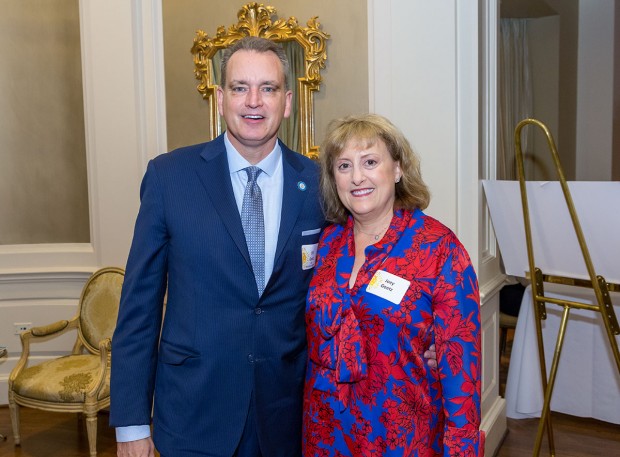 “I had three kids I had to raise as a single parent. Instead of worrying about if they were going to get in a gang, I had peace of mind,” she said. Monja added that she even had her sons change schools in order for them to attend the Boys & Girls Club. The school they originally attended was not within the district where the Boys & Girls Club picked up students.

As a volunteer at the Allen Parkway Boys & Girls Club, I have personally seen the impact the organization can have. I remember one student, Gregory Robinson, who I met about a year and a half ago at the Club’s after-school program. Gregory was in high school and he aspired to be an oil and gas lawyer. I was studying for the LSAT at the time, so we often talked about what types of questions were on the test and what we wanted to accomplish as lawyers. As I chatted with Gregory in the cafeteria, saw him hang out with his sister in the activities room, or cheered him on as he played basketball with other kids, I was impressed with his maturity and sense of kindness. 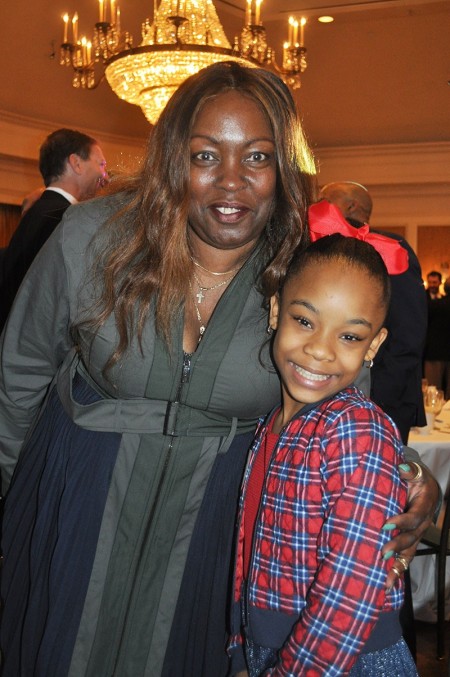 Through a video shown at last week’s fundraiser, I learned that Gregory and his younger sister were homeless when they turned to the Boys & Girls Club three years ago. In the video, Gregory says that he was born in prison and had been moving “from couch to couch” over the years. He and his sister found themselves sleeping outside, when they found out about the Club through a friend’s mother.

I was surprised to learn about Gregory’s personal circumstances, since he had never mentioned these obstacles and he consistently displayed a positive attitude and eagerness to learn. To me, Gregory’s outlook is not only a testament to his strength, but it also demonstrates the way the Club creates an environment where kids in need can thrive and feel supported.

During the fundraiser, I was also excited to see fifth grader Elaytreis Ammons Gillespie, a member of the Allen Parkway Club, and one of my star students in “App Lab” a class I taught in 2017. Gillespie, a petite but bold young lady, introduced Cort Keener, a recent high school graduate who BGCGH selected as the 2019 Youth of the Year. 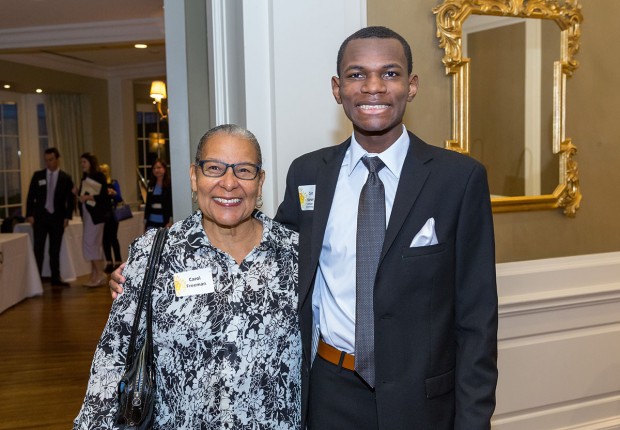 Cort Keener (at right), selected as the 2019 Greater Houston Youth of the Year, thanked his mentor Carol Freeman (at left) for assisting him with the college application process. (Photo: Daniel Anguilo)

Keener shared his story of losing his mother to cancer at a young age and then moving in with his grandmother, who passed only a few months later. On top of dealing with these losses, Keener was simultaneously facing intense bullying from his classmates, as he struggled with autism and fitting in at school. Keener explained that he found a community of supporters at The Boys & Girls Club and that he’s grateful for the help he is currently receiving from volunteer Carol Freeman, who is assisting him with the college application process. He hopes to attend Sam Houston State University in the fall and ultimately aspires to design video games.

Houston currently has 24 Boys and Girls Club facilities, and it serves about 20,000 students each year. Bill Goetz, Chair of the BGCGH Board of Directors, said the organization hopes to expand its reach. It has identified 600,000 kids in the greater Houston area who qualify for free and reduced lunch and who could benefit from the program.

Goetz encouraged attendees to make a donation or to volunteer with the organization to support the mission: “to inspire and enable all youth, especially those who need us most, to realize their full potential as productive, responsible and caring citizens.”

Editor’s Note: Interested in volunteering with a local Boys & Girls Club? The Club is always looking to recruit committed volunteers to help out with the after-school program (3-7 p.m., Mon.-Fri.) and with the summer program. Click here for more information on how to sign up to volunteer as an individual or with your company. 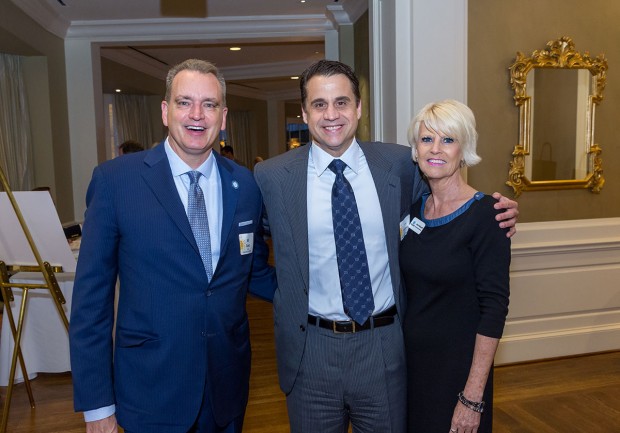 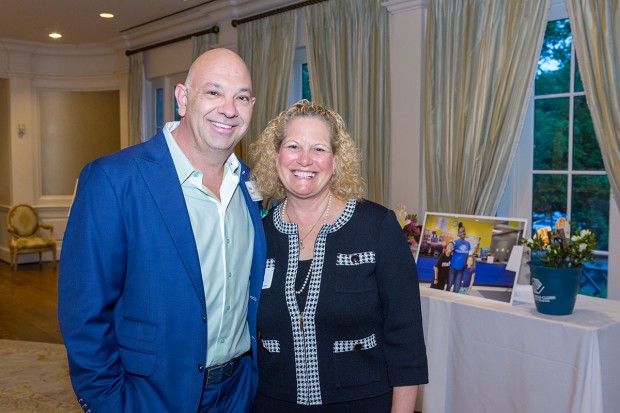 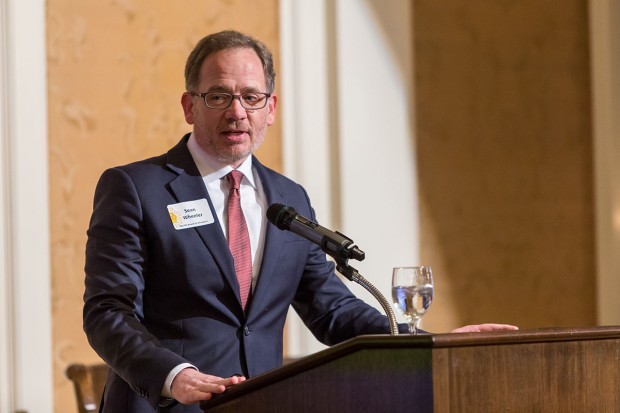 Sean Wheeler, a partner with Kirkland and Ellis, kicked off the program with welcoming remarks and shared that he was part of Boys & Girls Clubs in his early years. (Photo: Daniel Anguilo) 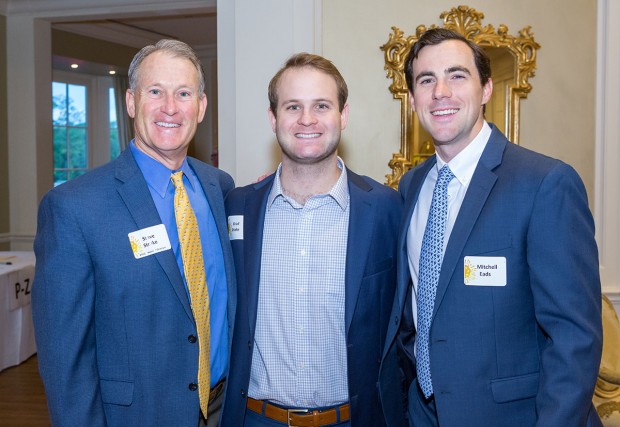