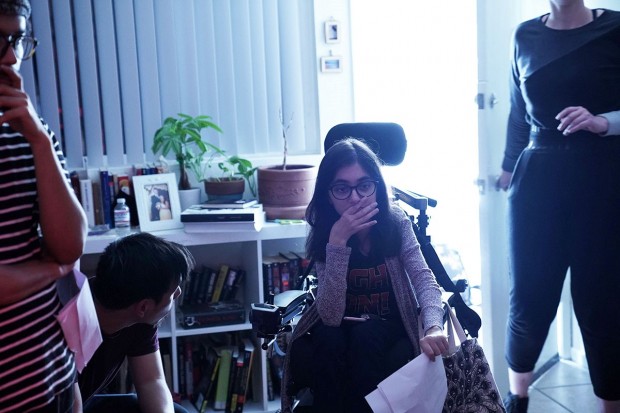 In 2015, activist April Reign called out the lack of racial diversity in the entertainment industry by creating a hashtag #OscarsSoWhite that soon went viral. Four years later, at the 2019 Oscars, April said that hashtag is still relevant. “Until we see everyone having the opportunity, whether it’s race and ethnicity, sexual orientation, disability, indigenous people in this country, until we have an opportunity to see ourselves represented onscreen, not just during awards season but all year long, I’ll still continue to talk about #OscarsSoWhite,” she said.

As April alluded, it’s true that Hollywood has made gains in expanding diversity in film. Last year, for example, Crazy Rich Asians became the first major Hollywood film to feature a majority cast of Asians since The Joy Luck Club. And at this year’s Academy Awards, Rachel Morrison became the first female director of photography nominated in the cinematography category and Get Out director Jordan Peele became the fifth black director to receive a nomination in that category.

But there is still significant work to be done. Gains are particularly hard to come by for certain groups of minorities – for example, those with disabilities. Aiming to addres this problem, native Houstonian Kittsie Klaes, who's a graduate of Episcopal High School, teamed up with her USC classmate Shaina Ghurya to recruit a team to enter the Easterseals Disability Film Challenge. Easterseals seeks to help change the way the world sees disability and tasks teams of filmmakers to create their own three-to-six-minute film, all over the course of only one weekend in April. 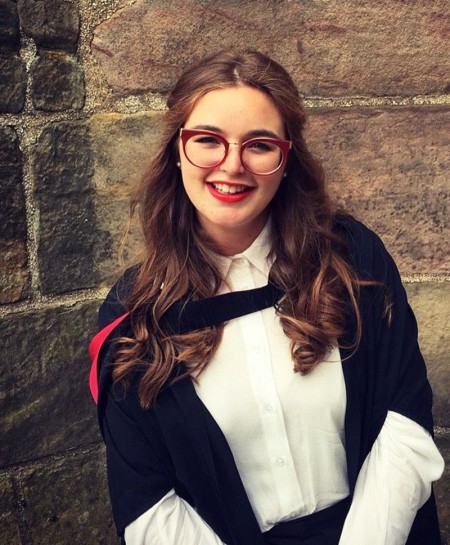 Kittsy Klaes, who is now pursuing graduate studies in film at USC, poses for a picture at her undergraduate graduation from the University of St. Andrews. (Photo: Danny Klaes)

“[Shaina and I] both feel that disabilities are very underrepresented in film, and we’d been talking about how to expand people’s perception of inclusion so that it doesn’t just mean casting a token member of a group,” Kittsie said. “We’re really trying to show that, at the end of the day, we’re all human.”

Addressing these abysmal statistics, Shaina and Kittsie’s film, Human Helper, features both a director and lead actress who are in a wheelchair. Actress Nicole Evans plays the role of a scientist on a mission to ensure robots aren’t ableist. And Shaina, who both wrote and directed the film, has spinal muscular atrophy and is in a wheelchair. 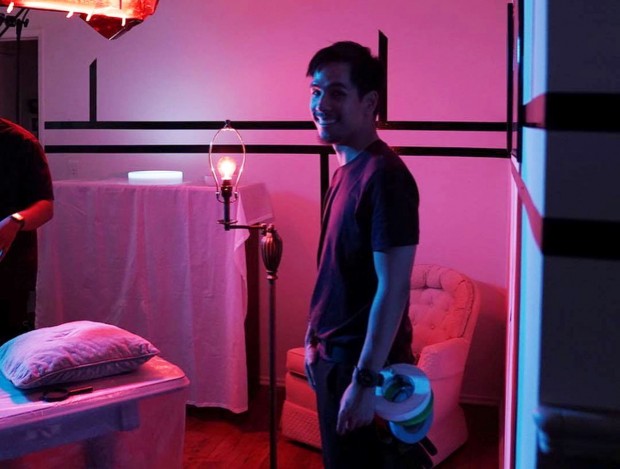 “I think the message is, first, we are all trying to make a difference in how people see us,” Shaina said. “But that’s not going to happen unless we see ourselves for who we are.”

The futuristic film opens in a lab and shows Dr. Rachel Hubbert and her assistant Tony working on an artificially intelligent robot, called a “human helper.” The film is set during a time when such robots have become the norm. After finding that human helpers don’t know how to interact with people in wheelchairs, Rachel, a passionate scientist, makes it her mission to redesign the robot so it can assist her. Ultimately, Rachel only succeeds when she has a eureka moment, realizing she needs to program the robot to truly see her wheelchair as a part of her.

Before creating Human Helper, Shaina had already been working to support filmmakers with disabilities. She had made an unofficial group at USC where filmmakers with disabilities, and people like Kittsie who support them, can come together and collaborate on projects. When they found out about the Easterseals Challenge, Shaina and Kittsie recruited a team of cinematographers, production designers and editors from that group. 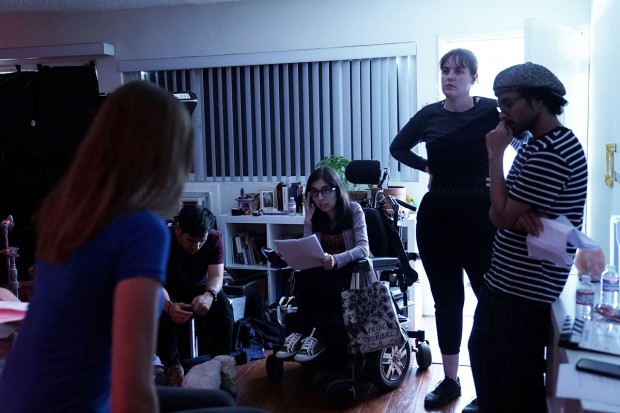 The competition took place over the weekend of April 6. On Wednesday of that week, participants received an email with the theme of the competition, sci-fi. That evening, Shaina pumped out a first draft of the script, and she spent the following day rewriting and working through revisions. On Friday morning, the full assignment was provided, detailing the exact requirements. One requirement was that the film incorporate at least two of the following items: a phone, a book bag/satchel, a spoon, the number “100” as a prop or in spoken dialogue.

After finalizing the script on Friday night, the team had less than 48 hours to shoot, edit and submit the film by the Sunday evening deadline.

“It was a whirlwind,” said Kittsie. “Everything was done with care but had to be done hastily due to the nature of the competition.”

In total, 71 films were submitted to this year’s competition. Winners, in the categories of best film, best director, best actor and best awareness campaign will be announced on or before May 9.

While Kittsie said she hopes the film is recognized as an awardee, winning was never the ultimate goal. Already, she’s excited to see that the film has received more than 2.1K views on Facebook.

“It’s great that there is this award incentive to get the most views, but it’s also just exciting to see how many people our message is hitting,” Kittsie said. “We all have a story to tell and you shouldn’t be prevented from telling that story because of a characteristic of yourself.” 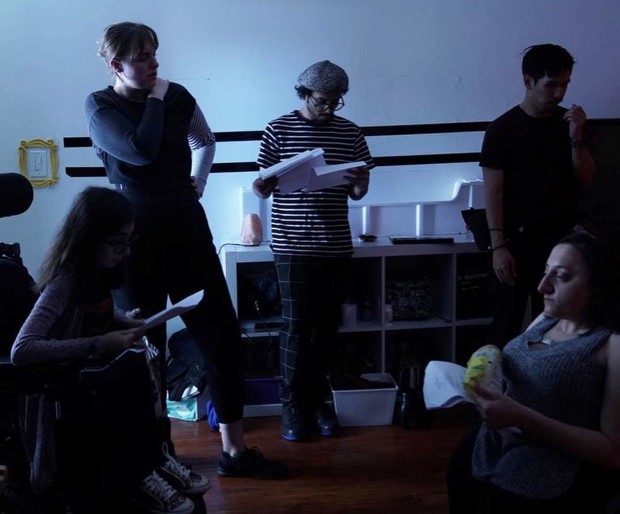