A Child’s Version of the Passover Story 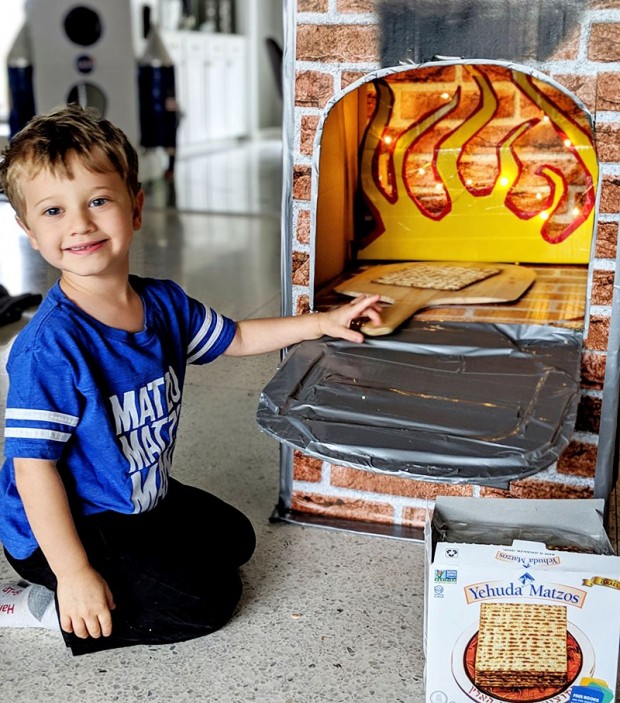 PASSOVER PLAY Zane Feinman plays with the matzah oven his mom Andrea made for his Pre-K class at Beth Yeshurun Day School.

Starting tonight, Jewish people around the world will celebrate Passover to commemorate the exodus of the Jewish slaves from ancient Egypt. The celebration’s focus is a seder, which is a festive dinner of special foods, stories and prayers of thanksgiving, all detailing the Jews’ journey from slavery in Egypt to freedom. The seder (literally meaning “order”) follows the narrative and rituals which are written in a book called a Haggadah, which tells the complete story of Passover.

Generally, Haggadahs are grown-up sorts of things; after all, they are telling an important story about the history of the Jewish people. During the seder, family members and friends take turns reading passages from the Haggadah out loud, and those readings are interspersed with nibbles of symbolic foods and sips of wine representing events in the story. 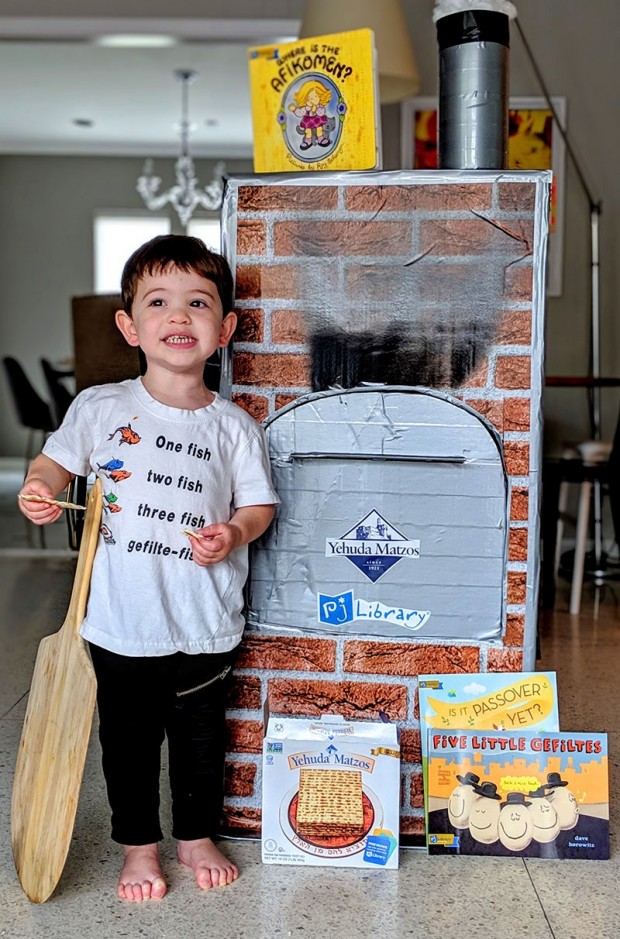 MATZAH MAKER Knox Feinman pretends to make matzah for Passover in a pretend matzah oven his mom Andrea made out of a used cardboard box.

But for young children, the Passover seder can be a long, drawn-out dinner demanding a kind of sitting at the table that is near impossible. So, many parents have taken to using a child’s version of a Haggadah, helping the children better understand the story – and moving things along at a brisk pace.

“I had been trying to find child-appropriate Haggadahs, but it is hard to find anything that keeps the kids’ attention,” says Andrea Feinman, mother to Zane, 5, and Knox, 2. “I tried to print some off, but they were either one page, which is too short, or too long. There was nothing cute and colorful.

“The PJ Library sends books to our school [Beth Yeshurun Day School], and we recently got an email offering six free, childrens’ Haggadahs to people who wanted them. I said we’d definitely participate.”

The new Haggadahs are filled with colorful illustrations, and the story is broken down into short segments that kids can easily grasp. There is English and Hebrew, as well as songs. “I’m hopeful it will help them sit at the table and participate with us a little more,” Andrea says. Last year, she says she brought coloring books and finger puppets to the table in an effort to keep her boys there a little bit longer. “This year, I hope to make it more fun for them and more memorable.” 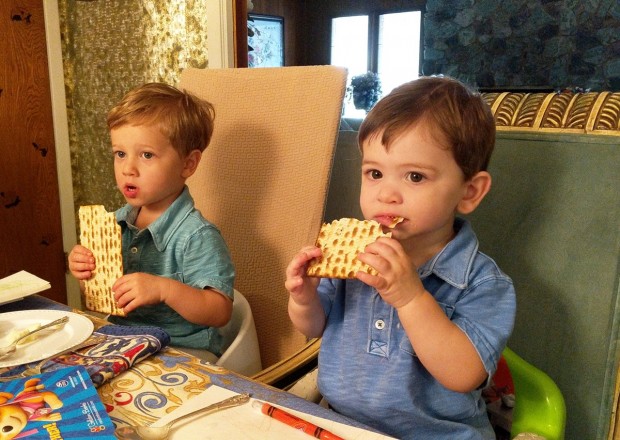 MAKING MEMORIES Andrea Feinman is hoping this year will be the year that her boys Zane, 5, and Knox, 2, remember the Passover seder.

Other parents of young children have made their own Haggadahs, although many have made do with the grown-up versions, even as the kids get restless. To make the story come alive, some families reenact the Passover story, and others throw small rubber figurines symbolizing the plagues that befell the Jewish people before they were freed (think squishy rubber frogs and dark sunglasses for darkness).

Andrea will have six at her seder this year – her own family of four plus her parents. “Since things go south quickly, we’ll probably just speed [the reading of the Haggadah] up and get to the meal.

“And since the story is about the Haggadahs, I’m excited to start a new tradition. I think this is the year they are going to build some memories.”