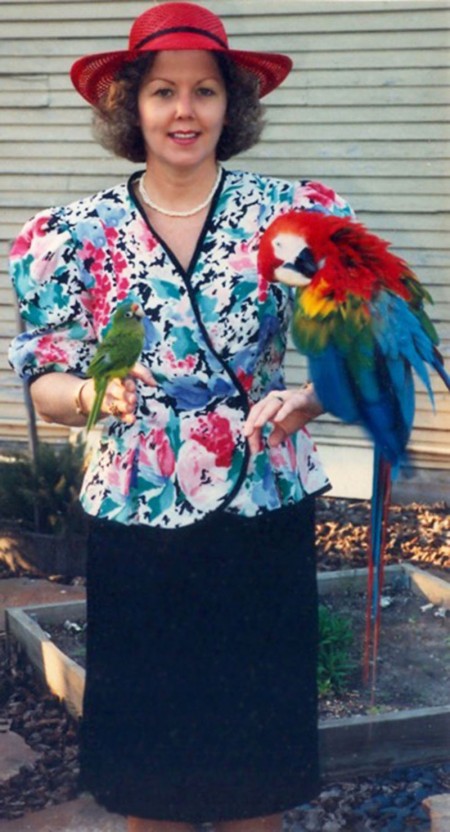 THE START OF SOMETHING BIG Laney Rickman shows off her original birds - Luna the Half-moon Conure, and Sam the Scarlet Macaw.

“I feel so blessed to have grown up with such an incredible big sister,” Dorothy Paterson says of her late sister, Laney Rickman. The sisters grew up in Tanglewood, where Dorothy still lives, with Laney being the more adventurous of the two. “When I was a sophomore in college and she was 23, Laney wanted me to go to the Yucatan with her. I was hesitant about going, and she just said I should use my money to have great experiences. She said, ‘What are you going to do with your money, save it to buy a refrigerator when you get married?’ So I went. We had an amazing time, and we got to experience so many amazing birds in the wild.”

Fast-forward 10 years or so, Laney was working as an executive at The Houston Post when a friend gave her a little bird. Laney wanted to learn more about birds, so she started volunteering at the Houston Zoo on weekends. Next thing she knew, she had adopted a Scarlet Macaw named Sam, whose owner had gotten too old to care for her. So began a fascination with birds – particularly the near-extinct Blue-throated Macaws (the Houston Zoo had a pair).

Eventually, Laney and her husband Jack, an editor at The Post, decided to quit their jobs and move to a farm in Cuero, TX, where he was from, to start raising Blue-throated Macaws as close to the wild as they could. “At one point, she had about 40 birds,” Dorothy says. “She cared for them for over 20 years at their farm and became a world-renowned expert on parrot-rearing for these Blue-throated Macaws.” 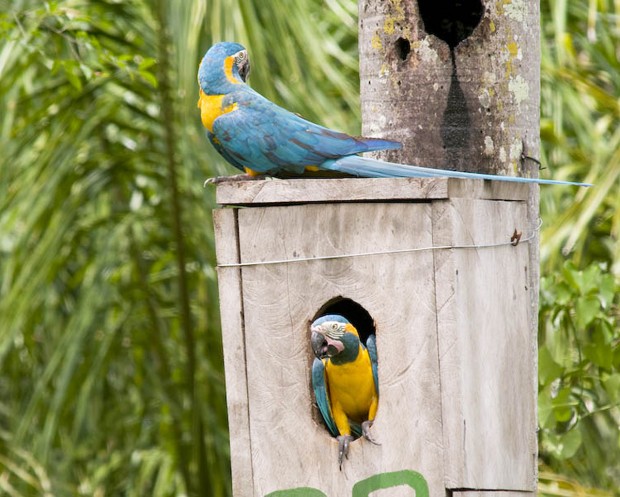 BLUE BEAUTIES A pari of Blue-throated Macaws on one of the artificial nest boxes on the Laney Rickman Reserve in Bolivia.

In 2006, Laney attended a conference in Spain, where she met people who were working in Bolivia with artificial nest boxes for the Blue-throated Macaws, which were only discovered in the wild in the 1990s. “She was so excited, she began a nonprofit called The Bird Endowment, which she eventually used to send money to Bolivia to sponsor nest boxes.

“The birds live in a very small area of Bolivia,” Dorothy says, “and the problem is 150 years of humans living there. These old hollowed-out palm trees where the birds would make their nests and eat their fruit were just not available. Laney started this program wondering if anyone would participate and sponsor a $250 nest box. The first year they surpassed their goals and had 34. Now there are people all over the world donating. The LA Zoo, the Sacramento Zoo.”

In 12 breeding seasons, 76 babies have fledged from the nest boxes. Prior to the artificial nest boxes, there were only 200 – 300 Blue-throated Macaws in the wild. 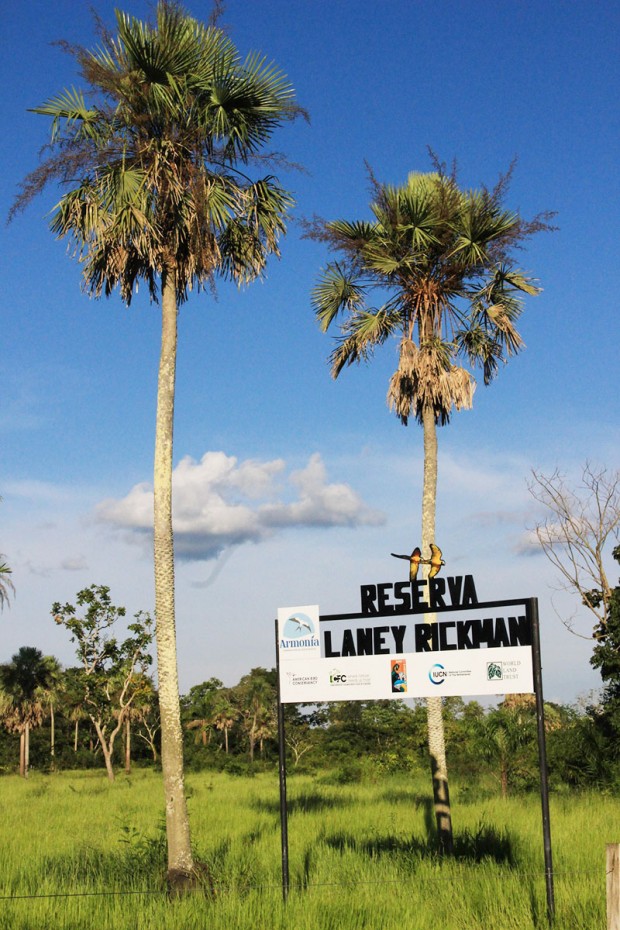 A LASTING LEGACY The entrance to the newly dedicated Laney Rickman Reserve in Bolivia.

Dorothy becomes emotional talking about the success of Laney’s nonprofit. “My tears come from this deep respect and admiration for what my sister was able to do,” Dorothy says. “People described her as the perfect bridge, this incredibly warm person who could communicate with all different sides of conservationists, bird breeders, bird pet owners, zoos. It was this integration of a lot of passion.

“Laney and I were kindred spirits,” Dorothy says. “We both quit the careers we trained for (Dorothy was a geologist) around the same time to go into the nonprofit world. Laney came to my cancer awareness things, and I went to her bird events.”

Everyone was shocked when Laney passed away of a heart attack during Hurricane Harvey, most of all Dorothy. “My daughter Audrey, who had helped Aunt Laney on the farm in the summers, helped me brainstorm. We decided to start a separate fund called the Laney Rickman Blue-throated Macaw Fund. We partnered with the American Bird Conservancy, and they manage the fund and send all disbursements straight to Bolivia to help pay for park rangers and whatever they need.”

About the same time of Laney’s death, a ranch in Bolivia, where 55 fledgling birds had been born in nest boxes, came up for sale. Several nonprofits joined to purchase the property, and in August of last year they dedicated the new Laney Rickman Blue-throated Macaw Preserve.

“It fills my heart up to see this organization naming this after Laney and to see the president of the American Bird Conservancy naming the new reserve as the number-one ‘Biggest Conversation Win for Birds in 2018!’ 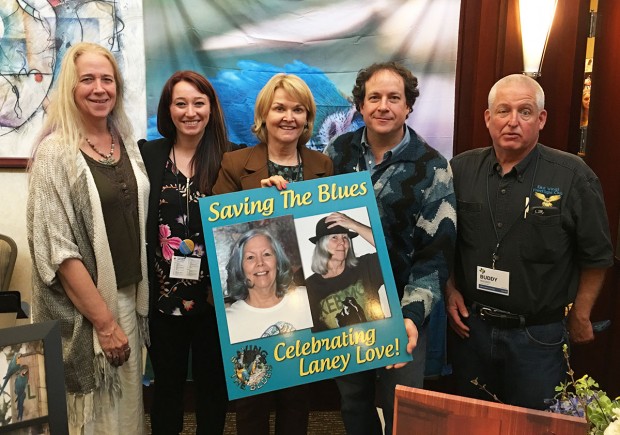 “Witnessing all of that,” Dorothy says, “and being part of the fundraising has absolutely shifted my deep dark grief and turned it into this joy of keeping my sister’s legacy alive.”

The Blue-throated Macaws are now in their 13th breeding season. But now, they live and breed on land that had been damaged and is being restored to a natural habitat. “It’s a whole new chapter for them to continue the great work Laney did.”

Recently, an anonymous friend offered to match all donations to the Laney Rickman Blue-throated Macaw Fund up to $100,000, on April 15 – Laney’s birthday. The money will be invested and interest will ensure that programs are sustainable far into the future.

“I never thought I’d be doing this myself,” Dorothy says. “But feeling the love these people had for Laney now being showered on my daughter and me just fills up my heart and keeps me connected to her in such a beautiful way. What a gift.”